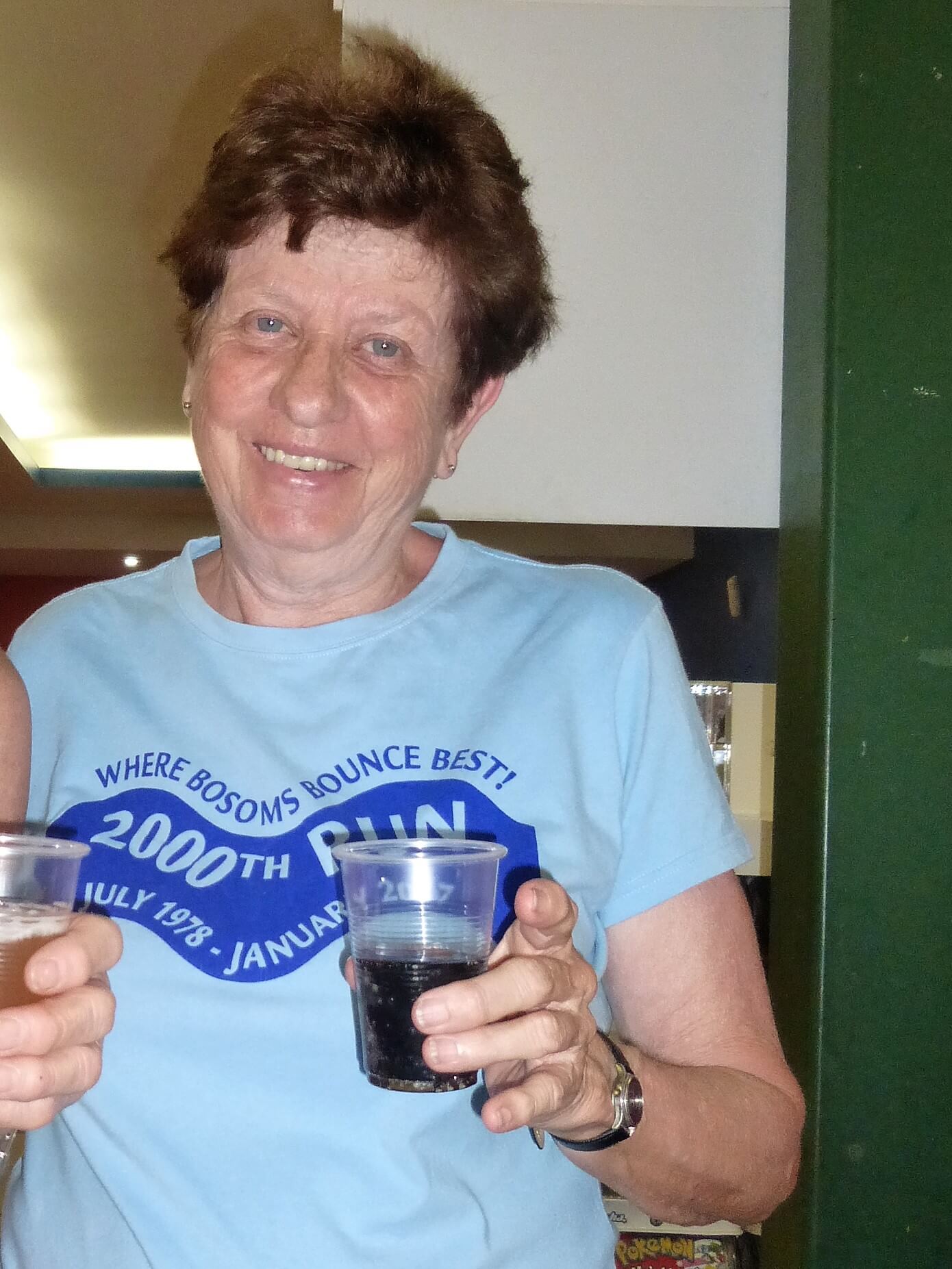 Seagull’s Run according to DIY.

The run was a nice distance, although I did notice a number of people back at the ranch before Rambling and I arrive and we were pretty well at the front of the pack, apart from the runners.

Due to the noisiness of the venue we were all told to abandon our dinners and gather in the centre between the two rows of tables, to the disgust of some due to the thought of them going cold.

The hare, Seagull and co-hare Cookie came out for a drink.

Visitors:  Screwie and Elaine (a relative of Roll on’s by the sound of her lovely accent)

Returnees:   Welcome back to Crafty, Dynamo, Gorgeous and Xena.

Birthdays:   Ball Breaker, Even Stevens and Leopard.  There were many yummy cakes. 😊

Bitchy britches were earned, once again, by Ball Breaker during the discussion of the reason Roll On parked in the blue bay,  since she had Close to Me in her car.  BB was heard to remark, “Oh I thought it was because she had Guide Dog with her!”

Leopard proved her boobs were droopy because she made a song and dance about no one celebrating the fact that she had reached 750 runs, but she was actually at 760 something runs.

Tutti – Leopard’s birthday cake had her real name on it, not her hash name.

Occy and Crafty for sitting during the circle.

Guide Dog for something – I missed that one.

Bumbo – for loosing the penis cups – Bumbo said they are probably lurking in her shed to which Roll On wanted to know what she is doing with them.

Tutti received her 500 run jacket. A lovely long one just like she wanted.  Tutti said she had car stickers for sale.

Cookie finished off with a joke, we sang our song and got back to our cold dinners.  😊