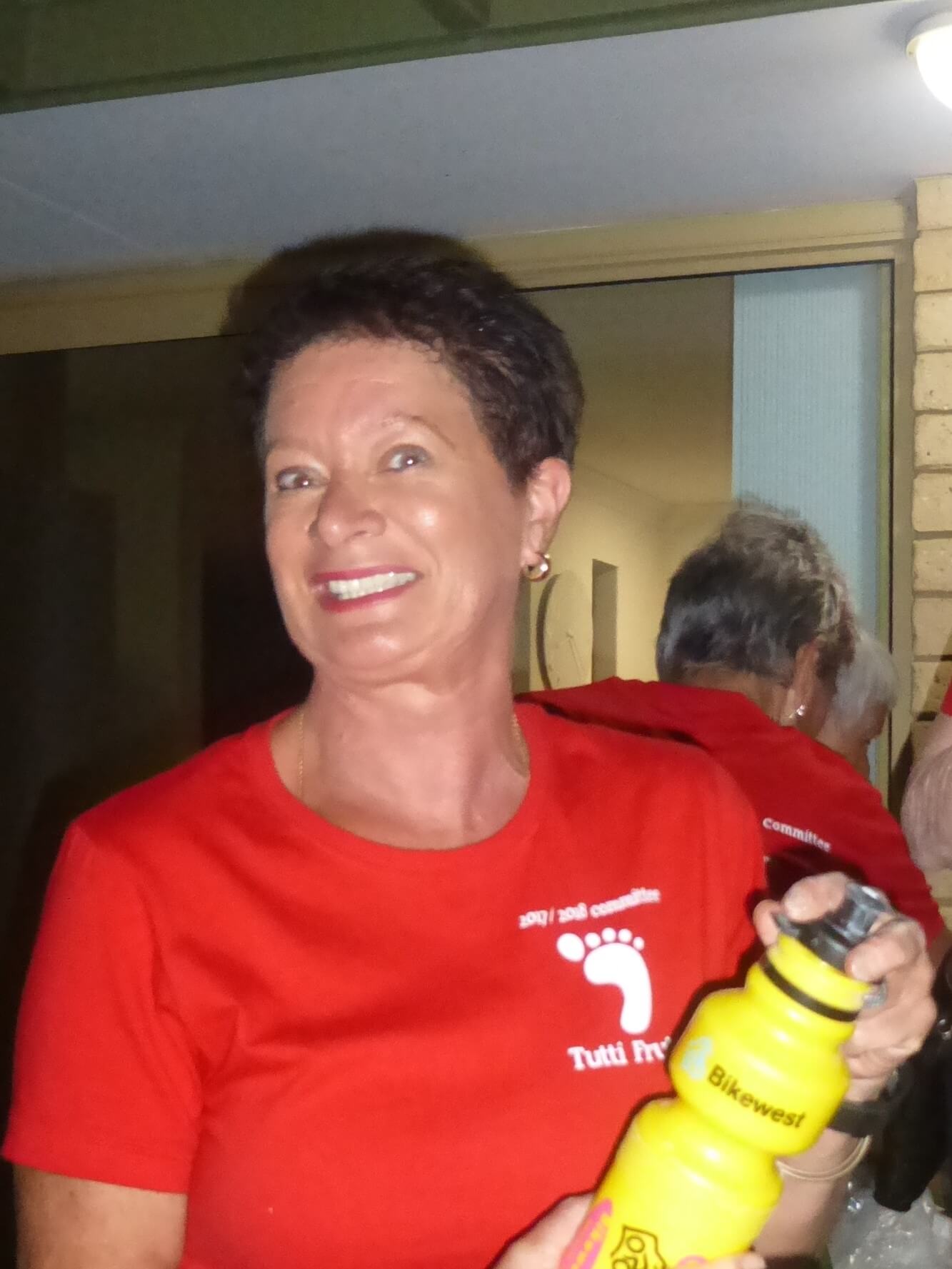 The instructions given by the hares did little to instil confidence in the run – it’s on chalk and flour, out there somewhere, we were busy talking, had to borrow some water to rub some bits out….

At the first check Wombat and I found trail (not at all helped by the fact I saw the arrow when driving in) only to be called back by the hare – not a good start!

But after that it seemed to go well for a while with long falsies to keep the pack together.  Then the hares must have started talking as the falsies disappeared, with a couple of long stretches splitting the pack.  Still everyone made it home OK so well done hares.

Hares : Tutti Fruit and Cowpat out for a drink.  Should get a second drink as they both went off early – must still be thirsty!  Tutti Fruit explained her trail setting method using flour in a water bottle with a B&S cup as a funnel to fill the water bottle.  If you are interested see her for a personal demonstration!

Returnees : Bumbo, Sarge, Dynamo, Puddles and Pumpkin all back from travels (or having a life)

Naming : Leslie was finally christened. Various suggestions but her comments about always behaving lead to her being named Mis Behaving!!

Bitchy Britches : Kebab returned the britches but Lone Ranger wasn’t there to give them away.  That didn’t stop Half Cut getting them for implying that Tutti Fruiti’s temper short term memory problem wasn’t so temper or short term!!

Droopy Boobs : Bright Spark seemed to like the improved boobs and was in danger of keeping them till BlewHe decided that Guide Dog needed them for 2 reasons.  Seemed GD thought BlewHe was a returnee despite being at GDs run last week.  Also thought Mis Behaving was driving from the passenger side of the car!!

Next week is the Salvos Run – remember the non-perishable (and non-alcoholic) food donations!!

Sarge finished the circle with a story about where to park the car when it is snowing!!

Then DIY led us in song

On On to Tomato Lake next week.