Run 2032 Zipit’s run according to Roll On 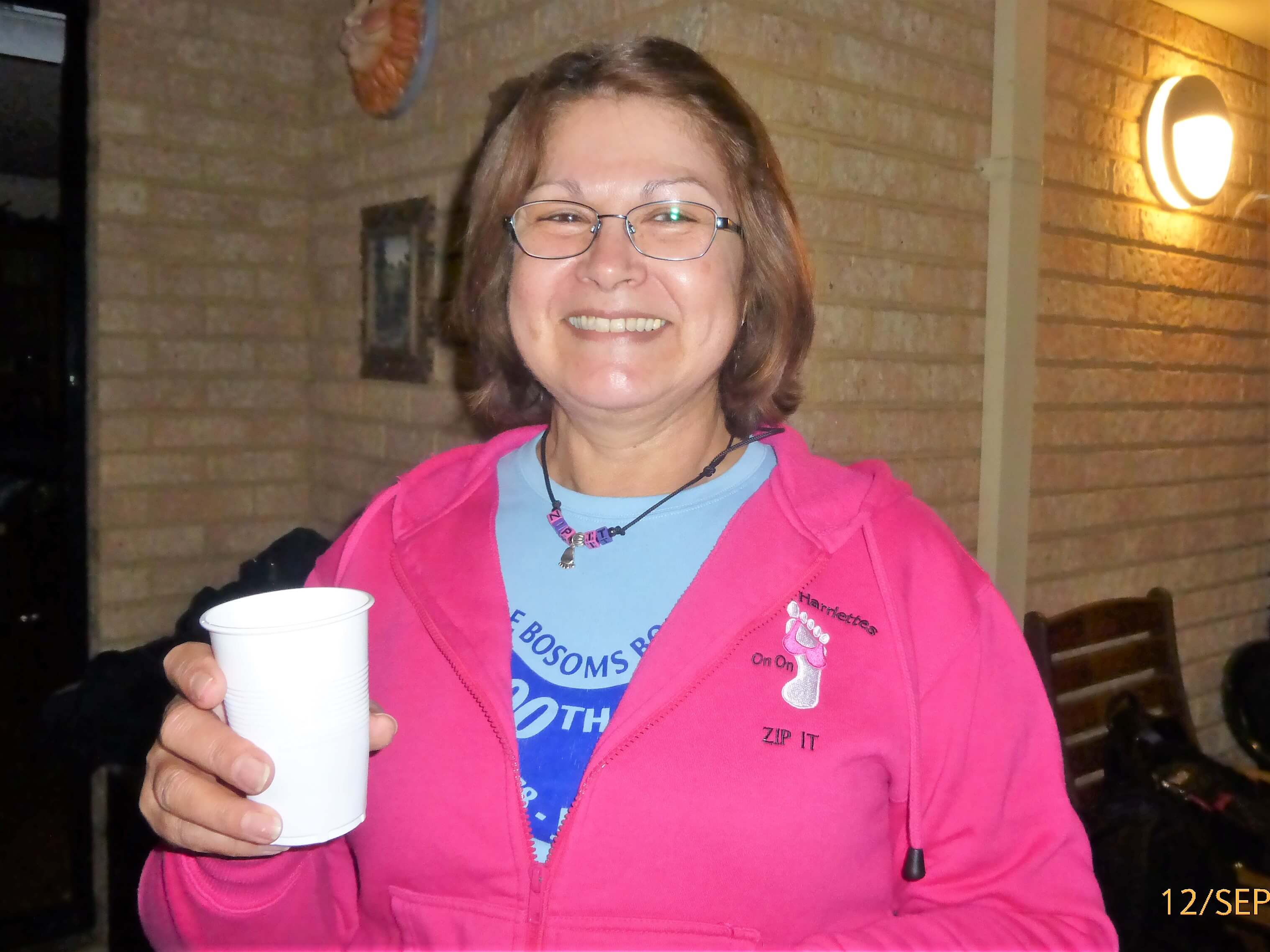 A clear & crisp night kept everyone on their toes; we glimpsed some beautiful views toward the brightly lit cityscape, over the new stadium & beyond. Even more stunning as we ‘climbed’ the odd hill or more – or was just a very long & continuous one? (Should’ve checked with Liberty who I   overheard being asked if she’ kept a record of it!)! Regardless as CTD – recently returned & refreshed by her country jaunt – started the Circle there was a resounding response to the opening question “Well – Was it a good run then?”. “Yes” it was a long & good run. Amazingly no one got lost though some staggered home. A brilliant achievement by Zip It & “Well Done” but remember we are a running club after all!! Zip It then received a well earned Down Down though she deserved two having set the run solo! Followed closely by ‘returnee Crankers visitor ‘Sprinkler’, fast on her way to becoming a regular Harriette (we hope).  And the our very own long lost Crafty ﬁnally back from her ‘little holiday’ in Broome – obviously living up to her name she couldn’t even remember the way home either! Celebrations continued as new member Barra Cougar was announced – Congratulations on an excellent decision & welcome to Perth Harriettes Barra Cougar. Well done to the remaining Committee who rallied to ensure a full pink bag was available for the occasion – some (others) may feel bad (not) – out having all the fun! Major event was Coaster’s 900 Runs.  Presented with her special chair, another personalised creation by Cookie, & a plated ‘cake of assorted lollies’ provided by Thrifty Coaster thanked everyone for their good wishes & proudly sat in her 900 Run Chair for a special photo with Cookie. Dingbat was called up for a second rendition of the Birthday Song & a Belated Birthday cake  provided by Tip’M who couldn’t see her friend go without. Mary Poppins got to keep the Bitchy Britches for ‘who knows what’ but something along the lines that Harriettes are all Angels however MP must be best of all having only scored them once in her whole Hashing Career – Droopy Boobs were belatedly awarded to Leopard for moving a bag from Topless’ car boot into her own some weeks ago then complaining to Topless about ‘someone’ leaving stuff cluttering up her car, adding she had no idea where it came from or who it belonged to & followed that with the comment ‘I think I’ll just chuck it out’ – it was a pink Harriettes bag contains items with Topless’ name!!!  A little feeble maybe but try as she did Leopard was unable to reverse the charge – lucky girl Topless 😁 On to General business where Home James put on her Jewelled hat providing an update on the Dunsboro lowdown – things like  payment is due & she was happy to collect funds; T-shirt requests  to be placed (if wanted) & not yet ordered, etc (sorry I’m unable to go so please see Home James or Jewells as I forgot to take more details – oops) For the Wino’s run Topless will collect payment for meals at The Garden settling the bill as one; drinks can be ordered & paid for separately/individually as preferred Tutti announced she’d received news that she had had a Lotto win but was waiting to ﬁnd out details. Surprisingly everyone was well so behaved in the circle & on the run that there were no charges – or were we all hungering for the yummy chilli we’d been told about. With no more ado we were led in song & rushed to line up a plentiful supper. On On to Padbury – see you there Roll On 👣👣