Run 2031 Shorty’s Run according to Zip It 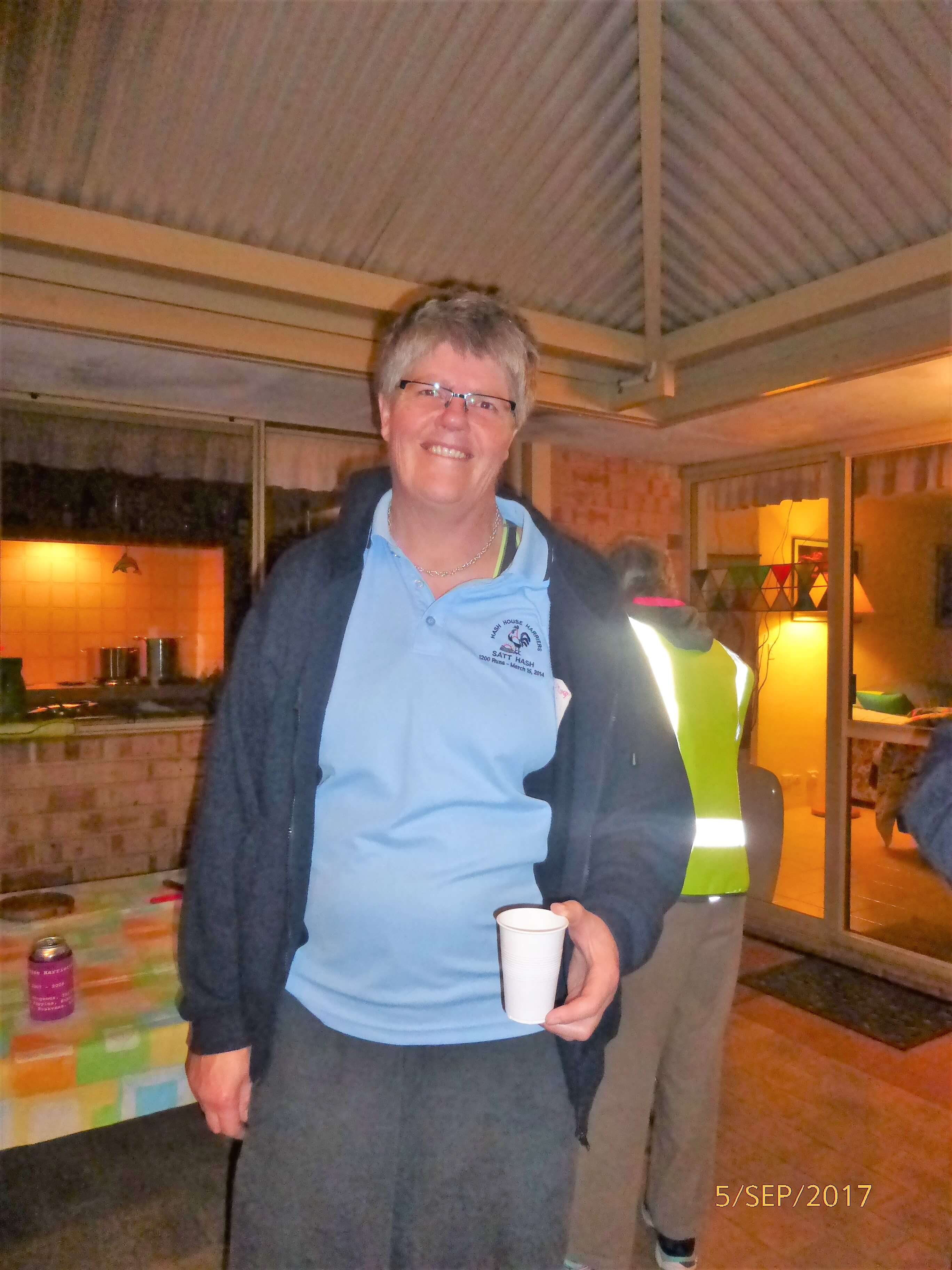 The rain had gone and it was a warmer night than we have been having.  ‘Out the front’ was called and we all came out eventually and listened as our ‘stand in GM’ Coaster passed us over to Shorty for instructions.  A lot of instructions to look after Congo, the run is on chalk then we were told to ‘piss off’ or words to that effect.  Horn was absent, but wait we had a Wombat, all was saved.

The run definitely had no connection to the hare’s name, it was in no manner short, probably the longest (in time and length) known.  Shorty was going for a record number of false trails I think she got it!

CIRCLE was called and our hare Shorty got a down down for setting the marathon…..sorry run.

There was a bit of noise but everyone was brought back into line with Coaster threatening to draw out circle if we wanted to carry on.

Rice Bowl imparted some history in that Shorty’s committee from 19?? were nearly all at the run tonight – Home James, Liberty, Aunty Val and Rambling (Running Bare absent).

Barra Cougar joined us, coming from Darwin and other parts of the world.

Dingbat had a birthday but horror of horrors no cake!  And no birthday hat!

Apparently, Mary Poppins is enjoying having the Bitchy Britches so got to keep them for another week.

Dingbat was the recipient for not paying attention in circle last week and asking why Tutti had a car full of bags to take home.

Anyname was charged for whispering to Jewells that BarraCuda (misinterpreted name) might have come from Shark Bay.

Sprinkler was also charged for saying Barra Cougar was from Ireland or Dubai.

Everyone is happy seeing the run writeups in the newsletter.

Winos is Saturday of long weekend at The Garden.

Tuesday 26th no run as Close to the Heart is on the Thursday 28th.

On On to next week.