Run 2030 CowPat’s run according to Shortie 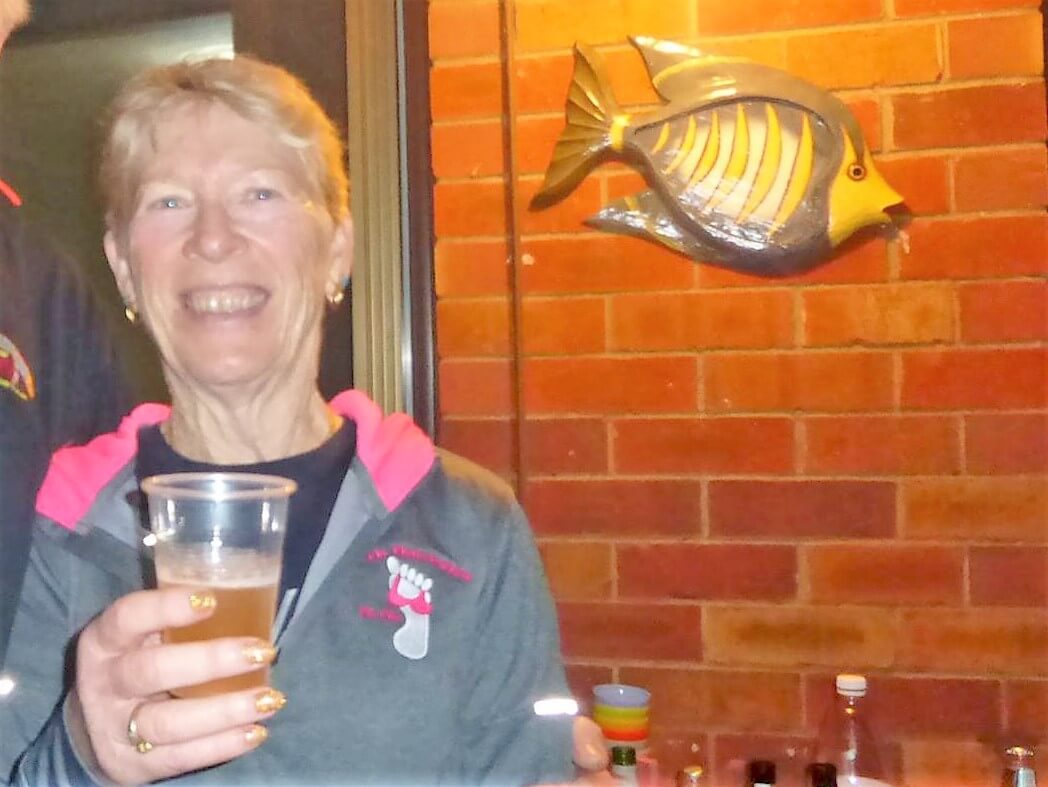 A lovely night for a winter’s run.  We were a bit late starting as everyone was reluctant to leave the back yard, not sure what the attraction was, maybe just the company and gossip.  Instructions from the hare – it’s on flour (in case of rain) and chalk (just to make it easy) and off that way.

Started well with a runner’s loop and up into Hepburn Heights bush before crossing Hepburn Ave (to the car horns of impatient drivers) and then the walkers and runners split.  Can’t say anything about the walkers bit but the runners seemed long and unbroken.  Despite that, we were all back by 8.15 which given the late start, meant the run wasn’t as long as it seemed!

Circle called and everyone quieted down (mostly)

Hares : Cowpat and Blow Fly given a drink.  Rice Bowl tried to get a cow for the hares but Wombat (after a visit to the land of cow bells) and Thrifty (the cow connoisseur – just check out her house) were not able to oblige (Thrifty was heard to say “No F***ing way I am sharing”)

Visitors : Barracuda and Backseat (apparently she has been away for so long she is now a visitor)

Special Runs : Topless did 50 runs last week – not sure how that was missed last week!!

Birthdays : Gorgeous was 70 about 3 weeks ago (did I mention she was a returnee) and Tickets had composed a special song for her.  Luckily she still remembered it (to the tune of Georgy Girl).  Back Seat was also kind enough to bring a cake.

It was also Moose’s birthday but she was away with a lurgy and Roll On decided that her cake should remain at home – not very sharing!!

Bitchy Britches : Mary Poppins is in shock having received them last week and was AWOL

Droopy Boobs : Half Cut gave them to Bumbo for thinking the 7 on Gorgeous’s 70 birthday cake was backwards – she was standing behind her at the time!!

Leavers : those lucky souls that have a life – Sarge and Show Off going to Portugal, Roll On going to Bali (maybe with Moose if she can drag herself out of her sick bed), Blew He going to all points Asia

Dunsborough : if you are on the list to go see Jewells for information

Close to Your Heart Run : this year SOP guys will be running this joint run and it is going to be on Thursday 28 September – this will be the Harriettes run for that week.  More details to follow.

Perky Tits : Phoenix is inducted into the Perky Tits.  For those new to Harriettes the Perky Tits is a sub-group of the Harriettes that are younger than 30 so still have perky tits – a very exclusive group and as soon as you turn 30 you are expired and kicked out.

Next week : Dinner will be soup so bring a bowl and spoon or it could get messy!!!!!

Charges : Tip’m charged Sarge for a comment made by Tickets that the droopy boobs looked good on Half Cut.  This seemed to spark a revolt and the circle descended into a rabble.

Cookie rescued the situation with a joke about being stuck to a toilet seat – framed and mounted!

Then Backseat and Gorgeous lead the song to finish the circle.

On On to next week and remember the bowls!!