Run 2029 Sarge’s run according to CowPat 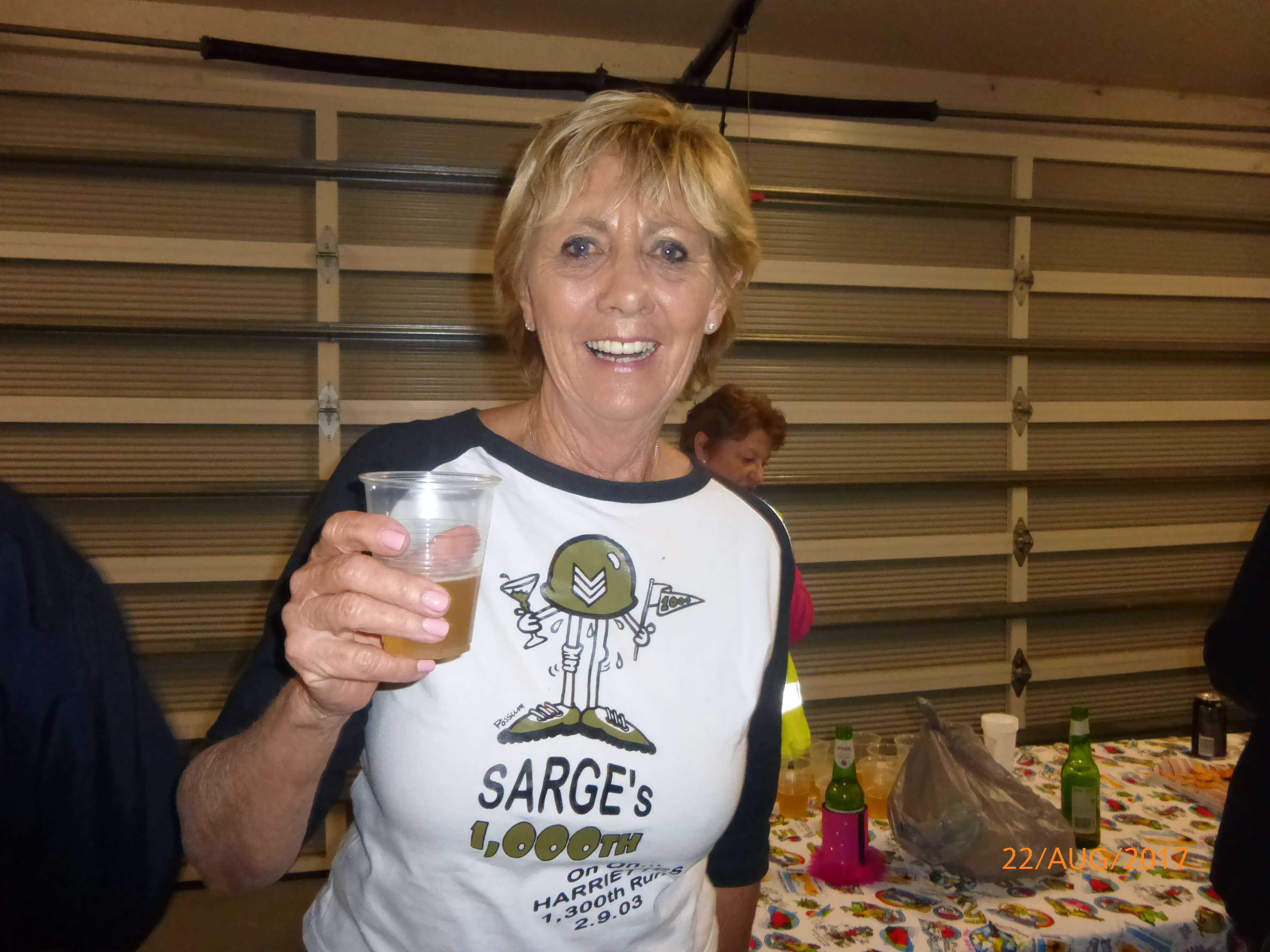 Hare: Sarge 22/08/17 A last century replica, (or so we were told) set nearly 40 years ago. A different suburb though.  At other Hash groups this would have been considered a #+#*#^ run, no chance of getting lost, choose your own distance, old fashioned and a Hash Halt. At least there were some arrows.  Very few wanted to participate at the beginning but it was a choice between listening to Shorty’s whistling rendition of Onward Christian Soldiers and be deafened or enjoy the clean salt air. Most wisely  considered the second option the better of the two. It was a lovely walk/run/dawdle along the beach front, though a little breezy on the return. At circle, Sarge was so enthralled by the hairs on her dicky dido that she initially forgot her duties when it came to birthdays. VISITORS: Black Box – Adelaide Harriettes and Barracuda RETURNEES: Wombat, DMD, Anyname SPECIAL RUNS: Squota – 200 runs BIRTHDAYS: Half Cut, Home James BITCHY BRITCHES: Mary Poppins – referring to TipM as an old fart DROOPY BOOBS: Half Cut – not remembering to bring the boobs BIG PEN AWARD: Sarge – a late or no run report STORY TELLERS: Anyname, Sarge, Sam – related a 3 Stooges story about roundabouts and driving down the steps at Wesley College. No Jokers CHARGES Blewhe for a direction and date default. She must be in need of a holiday. TipM  for directing Ball Breaker to the wrong address Kebab, Zena, Zip It for preferring the pub,( or was it the Marmion Angling Club), to the company of the Harriettes, Zena   for failure to look after her visitor Home James for talking too much – in the form of a history lesson. Show Off for being in the wrong millennium Cookie, Kebab, Barracudu  lost property or in the case of Barracuda, claiming what was not hers Loan Ranger  for commenting on the size of a piece of clothing that Sarge was giving away.