Tickets Run according to DIY 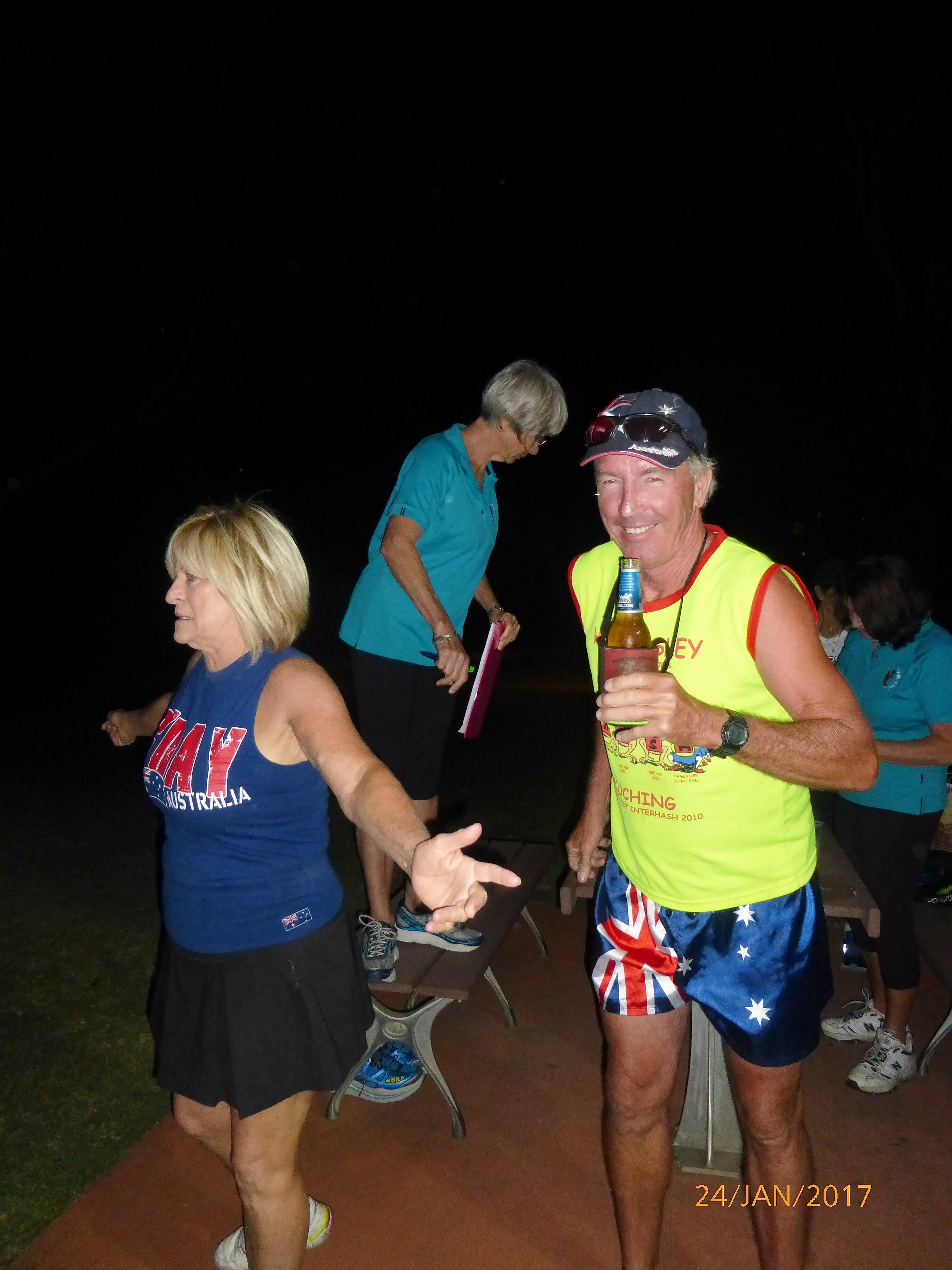 Tickets run according to DIY.

I arrived to see a huge lawn area filled with cha cha’ing Harriettes, it was indeed a sight to behold.  Some were just going every which way.  [Symbol]  The dancing finished and it was announced that the run was mapped out but set by Concord. (Oh crap! Everyone thought)  It was a lovely area for a run with the river views, the big houses to look at and the nice tree lined paths we were taken on. The weather cooperated so it was not too hot either.

We had some visitors, a couple of lovely ladies who decided to drop by and try us out, Anna Lyn and Julie. Also, some of the Hamersley men had attended, Sir Kumsize, Concord, XYZ and Aunty Jack.

One of our newest members Wendy received her welcome pack.

Birthdays celebrated were BlewHe, Callgirl and Aunty Val.  Since Call Girl has very strict dietary restrictions she was given a pack with gluten free items instead of a cake. (to which some was heard to remark that the birthday ‘cake’ should be for all to share … obviously, gluten free didn’t appeal here!)

We had two 69’ers to show us how it is done, Jewels and Wenchy.  Tickets started sing the droopy boobs song.

Bitchy Britches were passed from Close To Me to Moose.  She was heard remarking that Roll On looked older than 40. (tsk tsk Moose, you could have lied).

Droopy Boobs were passed from Showoff to yours truly, I still reckon it was a perfectly legit question to ask two strangers what their hash names are … how was I to know they were walk ins.!?!?!?!?  Hrmph!  AND I still reckon that Sarge should have received them for walking into a sprinkler or Topless for asking if a fence in a public park and near a walking trail was an electric fence! I will let you, the reader, be the judge.

Charges:  Lost property – Tickets borrowed Showoff’s plate last week (one of the ones showoff tried to return to Tip’m) and left it at Thrifty’s place. Tickets asked if she could keep it and was awarded it for future use.

Gorgeous – asked what sort of cake one could provide for CallGirl, Jelly? Cleo turned out to be the  one who wasn’t impressed with the gluten free items.

Quokka came up and sang a song for the charges … the little teapot song with a slightly different ending.

Showoff announced she had a room with a queen size bed booked at the Novatell for the 2000th and after everyone speculating that she could get lucky, she asked if any Harriette wanted to share.

Concord offered to show us all his mankini, to which we all shouted NOOOOO!

The circle was finished with a rendition of “We are the One, We are Australian” with some words changed to reflect the Harriette’s written by Tickets.  Then our Harriettes song was sung.

We were treated to some very yummy food, chicken and a scrumptious pasta salad and yummy cake later.