Rambling’s run 2001 according to DIY 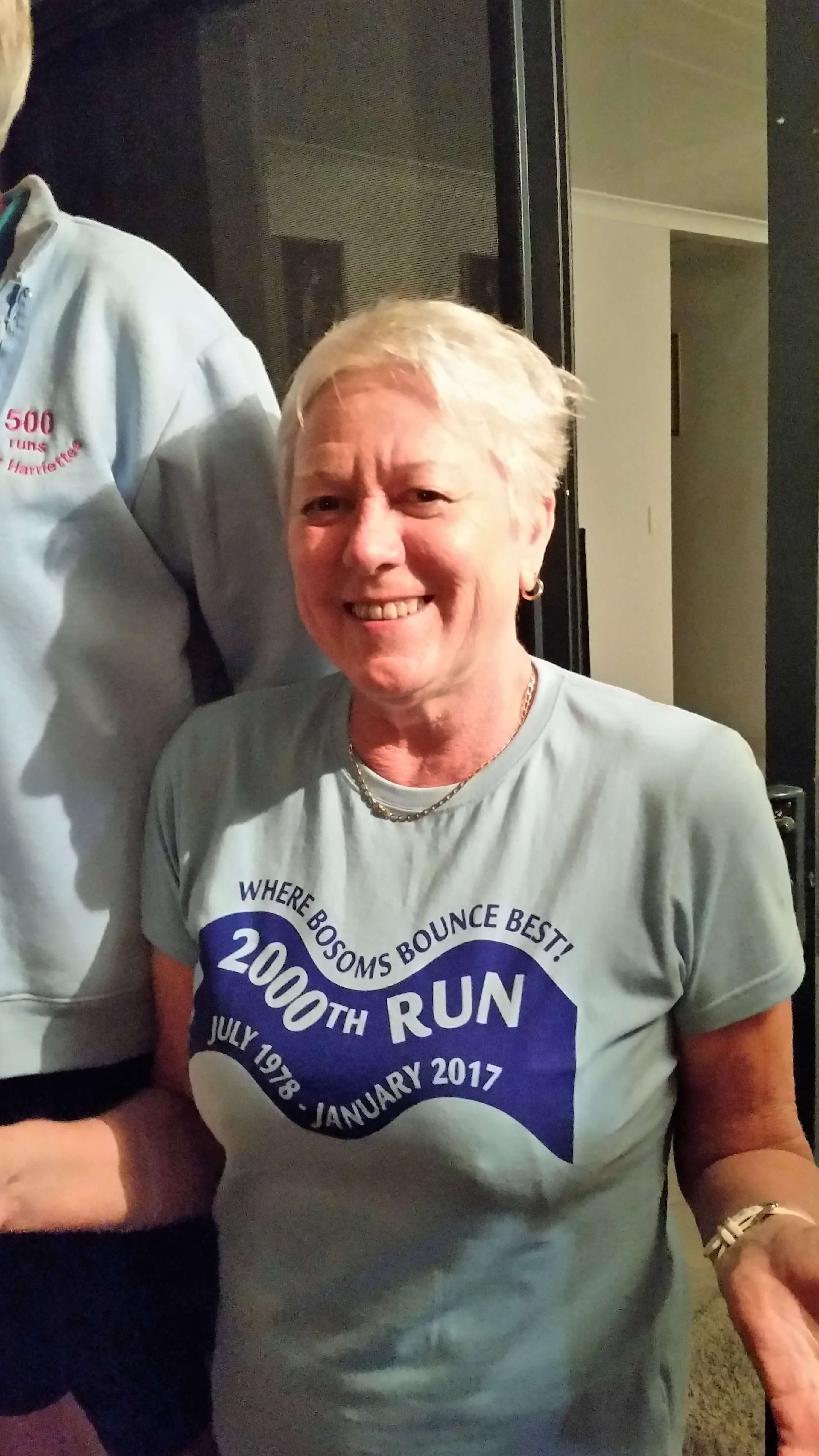 Ramblings Run according to DIY.

Visitors:  Slackmac, an Aussie who now lives in Paris.

Special Runs:  Gorgeous & Ricebowl 551 Runs (Their 550’s were on the 2000th). Oasis at 500 runs was presented with another beautiful windcheater made and decorated by Cookie.  Everyone really hangs out for their special jackets and are never disappointed.

69’ers.  Shorty showed everyone how it is done!

Bitchy Britches: Sarge nominated CTD because she said she was copying Sarge by talking in the circle. Topless nominated Call Girl because she made such a point of passing all the walkers.  Since the britches weren’t there no one actually got them.

Droopy Boobs:  YES! I got rid of them.  Wombat was nominated because she commented she would like a label on her 2000th T/shirt like some of the other girls had.  She hadn’t checked her own T/shirt to see that it was on all of them.

General Business:  BlewHe talked about the Ballarat T/shirts.  Crankers are having a weekend event on April 1st. Blue Dress run will be on 7th March, 6:30 start.

GPS commented on the number of sitters in the circle, and especially noted that the youngest was actually LOUNGING in the circle (looking at you Lone Ranger).

Wes Carter sent an email to Sarge, I think it was saying that he had a good time at the 2000th.

Call Girl commented that Roll On was upset because Sarge didn’t see her dance steps.

There was a down down for the hard workers who organised the Ball. CTD, Jewels, Sarge, Tickets, and Wombat (DJ and Mary Poppins weren’t there).

Also there was a down down for the committee for the 2000th Run, everyone commented that they had a really good time and the music, food was very good.

Wendy was named Bright Spark because she was handing out glow bracelets at the 2000th, also because she had a special little doohickie on her plate to which she could attach her wineglass.

Then we had a yummy chilli con carne which was made even more tasty by the left over sausages from the recovery run.