Kebab’s Run according to Thrifty 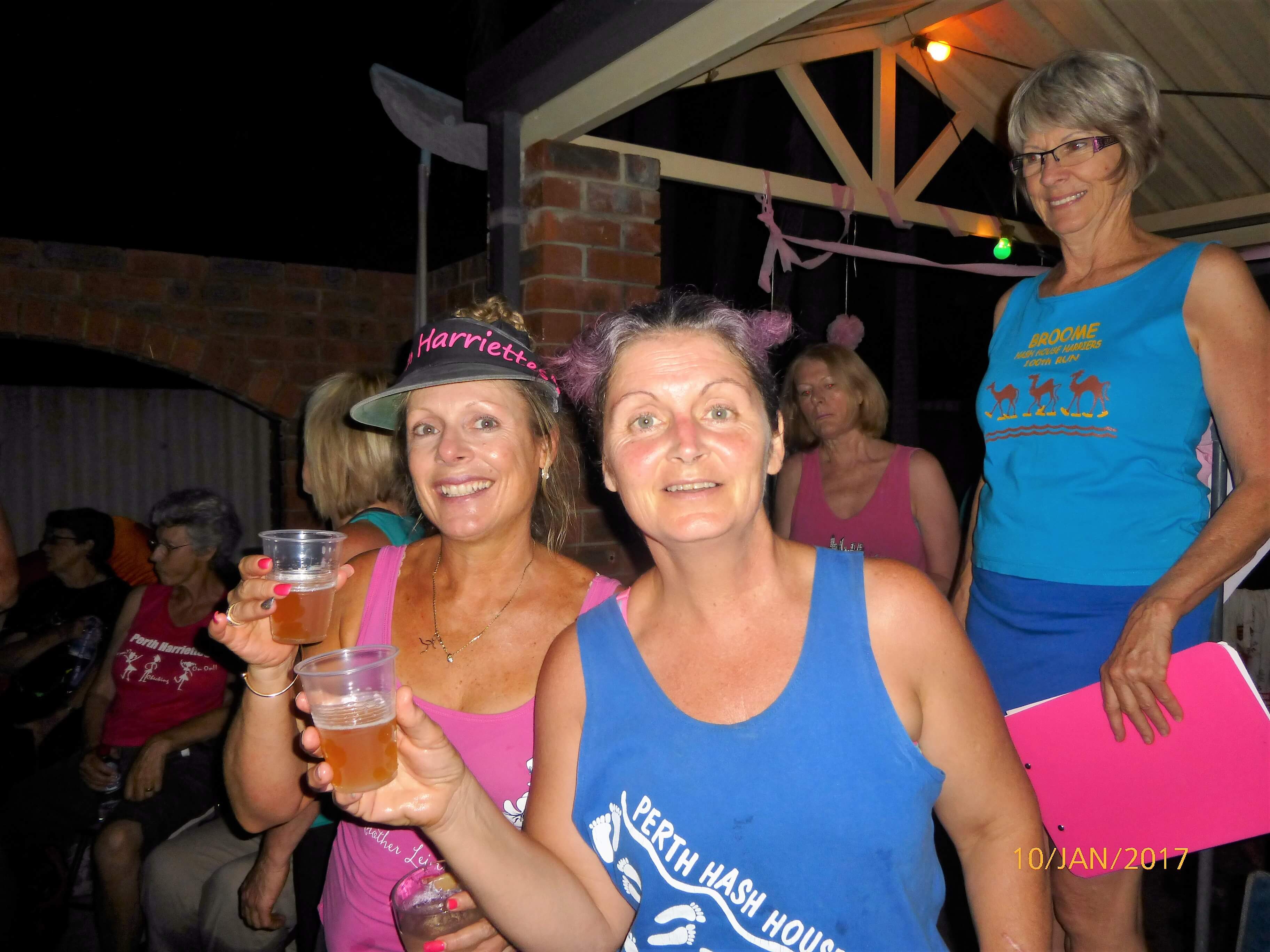 Mustang sent us off with the instructions that the run was basically a figure 8 so it would be easy for the walkers to head back via the scenic route of the park. It was a lovely balmy night meandering around the streets of Greenwood although I’m sure there were some runners who didn’t meander. I can’t honestly say too much about the run as I was busy chatting oops I mean networking. A few of us did take the shortcut back through the park. Once back at Kebab’s a few Harriettes braved the pool with Seagul commenting that it was like having a warm bath.

The circle was as colourful as ever with us welcoming our visitors Dannie and Kikki. Kikki is Anyname’s gorgeous new daughter in law who clearly is very clever as she told Anyname that we don’t run we just ‘yak yak’.

Suction, La Fitz, Jammie, Roll On and Lone Ranger decided to once again grace us with their presence. Welcome back girls.

We had Wendy and Annie join us as new members.

BB, Jewells, Leopard and Even Stevens all celebrated birthdays with some lovely looking cakes. I know Wombat was very happy to have some birthdays to celebrate as it means cake!!

Coaster had her 869th run drinking out of one of our very special dick drink bottles.

The bitchy britches were passed along from Wombat to BB. As the story goes Banger asked someone to move so the ladies could see and BB came back with the comment that there were no ladies here.

Droop boobs were passed from Oasis to Puddles. I couldn’t actually hear what for but apparently when they were practising before the run Puddles thought she had lost her phone but it was actually in her pocket.

TipM and Lone Ranger were charged for new shoes.  Super broke a chair, not sure how that happened but I’m sure it would of been funny.

Lone Ranger charged Roll On for being late every week and then being surprised because she can’t get parking close by.

During the circle we had a dinosaur and a flamingo getting a bit fresh in the pool with Zippy commenting that Kebab could end up with a swanasaurous.  There was some discussion about Hamersley’s boat night with Camel saying that Cookie had a couple of ‘deposits’ for sale for it. Obviously Harriettes being Harriettes we all had a good laugh and most decided that we would pass on the ‘deposits’. Doesn’t sound very pleasant at all.

The night was finished off with a wonderful meal of very tender roast beef and salad.

Thanks Kebab for another wonderful evening.