Close To Your Heart Run 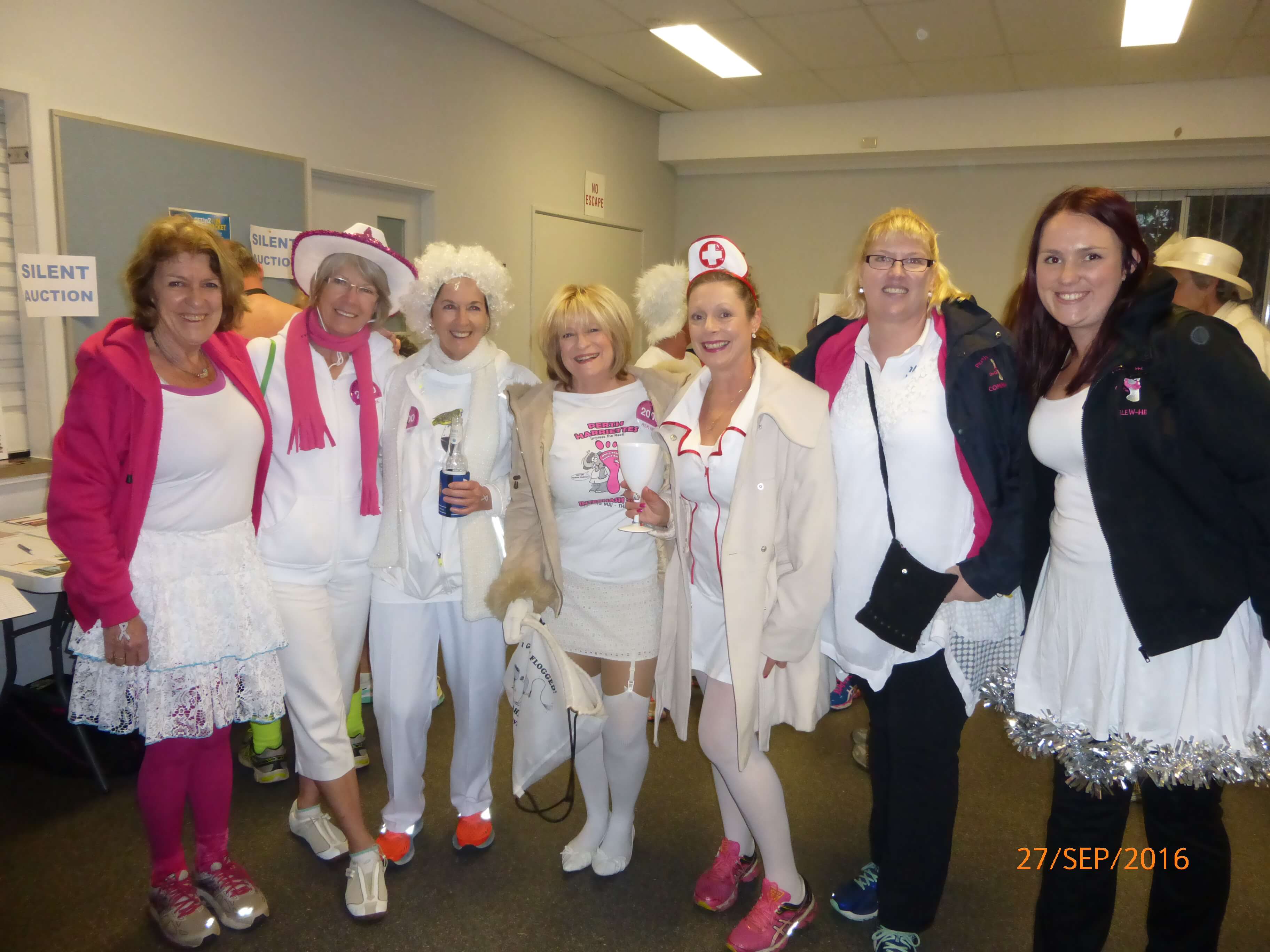 Numbats Close to Your Heart White Dress Run
Fund Raising for Violence Againt Genders, Lung Cancer and an excuse to update your wardrobes!
The hares D-Cell, Soixantmuff were given a down down to start us off gor the night.
Followed by a charge for Natalie for not letting her mum (GM) borrow a perfectly good white dress – she would have had it back in time for her wedding in November! Rude!
Then there was a quick excercise and a few quick group hugs to spread awareness and a bit of love.
Then an emotional drink for the cause and thanks for coming.
There was another quick letter from Carefree our fellow Harriette (Numbat) who is currently battling a rare type of lung cancer.
And then a reminder of the White Ribbon Walk A Mile in Her Shoes event coming up – get those stilletos on boys!!
And cut the crap – OnOn to Charges!
Sioxantmuff was charged for actually wearing clothes this run, along with all the other RAs.
RAs were charged for the shitty weather.
Bullsbrook was collectively charged for – mainly the on sec – missing the white dress memo! Someone needs to learn how to use a computer meethinks.
There was some bullshit charge about a blue dress – so guess where that went?? REVERSED!!
The GMs got their obligatory drink as per usual – CAMEL did us proud.
Then there was a bit of vibrations going on in one of the girls boobs, too bad it rang and gave her away! Take a drink for that!
And a quick drink to the organisers as a thanks.
Then it was was announced the raffle would be drawn after the circle – thank god that didn’t happen during the circle!…from what I heard there was a turn up of 125 and 25 raffle prizes. So a 20% chance of winning, I like them odds!!
Then on to General Business
Sarge got up and said a bit on our 2000th run but I’m not going to repeat it cause if you dont know about it…well you better have been on a bloody good holiday!
TiteRing announced Rocky has a table with 3 available seats for our 2000th – get in fast!  And the Kojanup run over the 22-23rd Oct – get in on that cause it should be a goody!
Screwy boomed on about there 2000th Hamersley run too whilst admitting they arent as sofisticated as the Harriettes (too true!). But they have charted a boat and filled it with boutique drinks. WOOHOO!!! Then there”s another bit to the weekend but read your emails and you should find the rego form cause its been sent out enough times.
Occy reminded us about the Crankers 100th ride which is a MILEstone for them and reacons it should be better than any other clubs celebration….just wait til our fab night!
Then we moved on to a bit of photoshoots and drinks for the pretty ladies with beards in white dresses!
And OnOn to all the songs (at once sounding like a right rowdy bunch!) Cause we were all hungry and the food was getting cold!
Thanks Numbats, great night, great run (even though you didnt sort the weather but we’ll forgive you for that) and OnOn to next years!!
Blewhe