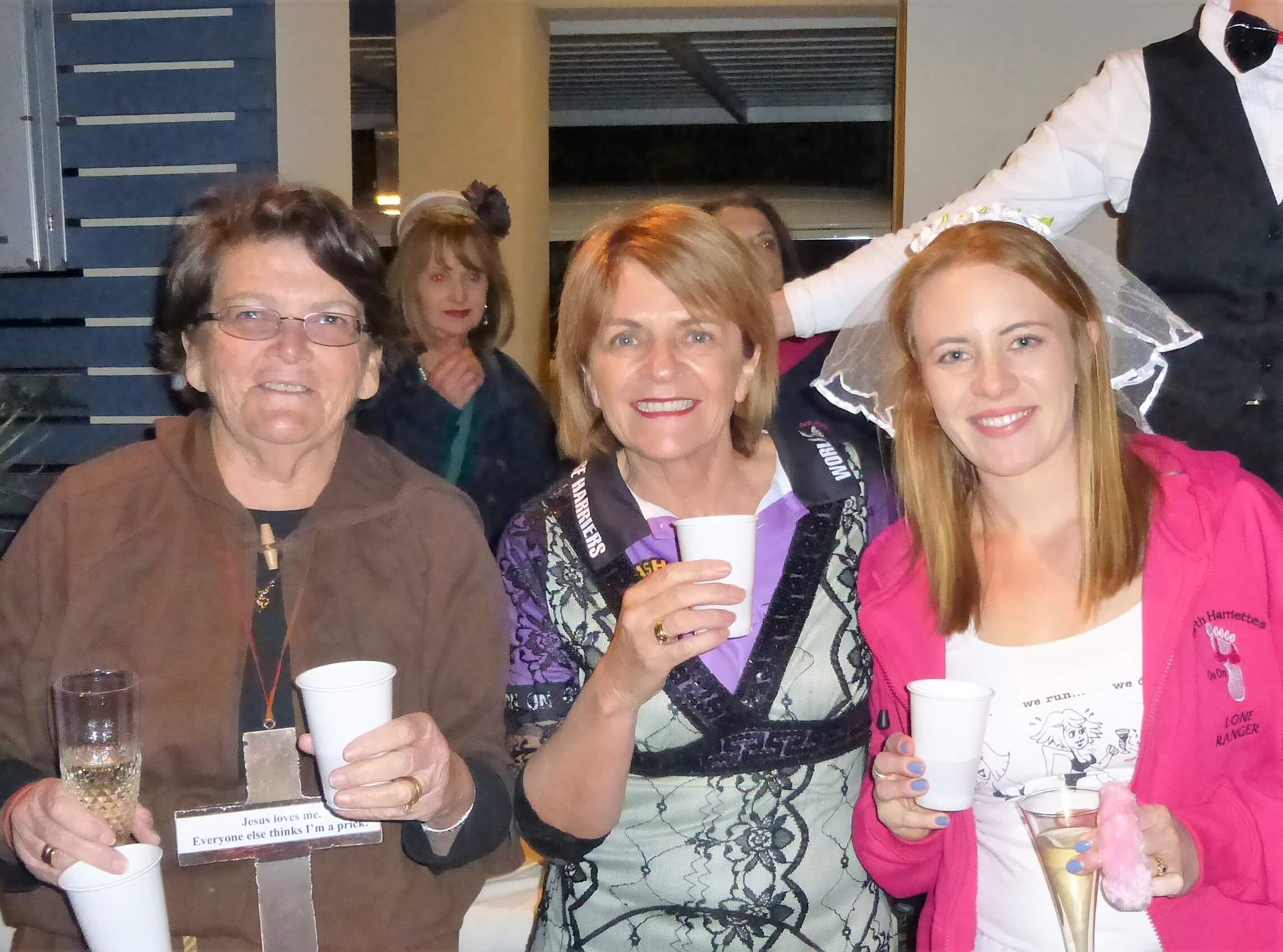 One of our younger members –  Lone Ranger – is getting married on Sunday 18 September, so in true Harriettes’ spirit we gathered at Mum – Roll On’s home to prepare her for the next phase of her life….  With all the Old Tarts dressed up in their best mother-of-the bride hats, and a smattering of Hen’s Night hats and musty stoles, we set off on the run, which was a delightful amble around Padbury on a cold but pleasant night.  We were all paired up as famous couples and we had to spend the evening looking after our ‘other half’.  I spied Camilla & Charles, Kate & William, Hillary & Bill.  I (Rice Bowl) was Pocahontas & Rambling was Capt John Smith. I have to admit that I had to ‘Google’ this pair and it made for an interesting read.  Alive in the 1600’s at the time of the English colonisation of the Americas in Jamestown, Pocahontas eventually married a Mr Rolfe and died in England.

The Circle was called by our immaculately dressed MC, Camel:

Returnees: Freebie;  Super;  Close to Me

Special Run: Wombat (500) who was given her gorgeous jacket from Cookie

Bitchy Britches: Cleopatra likes them so much she keeps them

Marriage Ceremony:  Lone Ranger – in veil and clutching a bouquet – along with her beau Lucas Mr Whitehorse-house (Freebie with a Lucas mask) were officially joined together in holy mattress moaning & bondage by La Fitz (the official Monk-in-residence celebrant).  Vows were made and handcuffs clipped on as a symbol of a life long sentence before all the mothers present.  The wedding cake arrived and Roll On delivered the toast.

Freebie to Roll On (mother of the bride)

Wombat to Home James & Bumbo – something to do with John & Yoko

Roll On to Lone Ranger & Lucas (aka Freebie): Daft enough to get married

Topless to Cleopatra & Mustang: confusion over the sex of George & Amal

Tip’m arrived late from her overseas travels and received a Down Down.

The Circle ended with our song.

Then the fun started:  Lone Ranger was placed in a chair and had to endure a striptease performed by Kebab’s blow-up male doll who came in riding on his horse!