Cowpat’s Run according to Head Banger 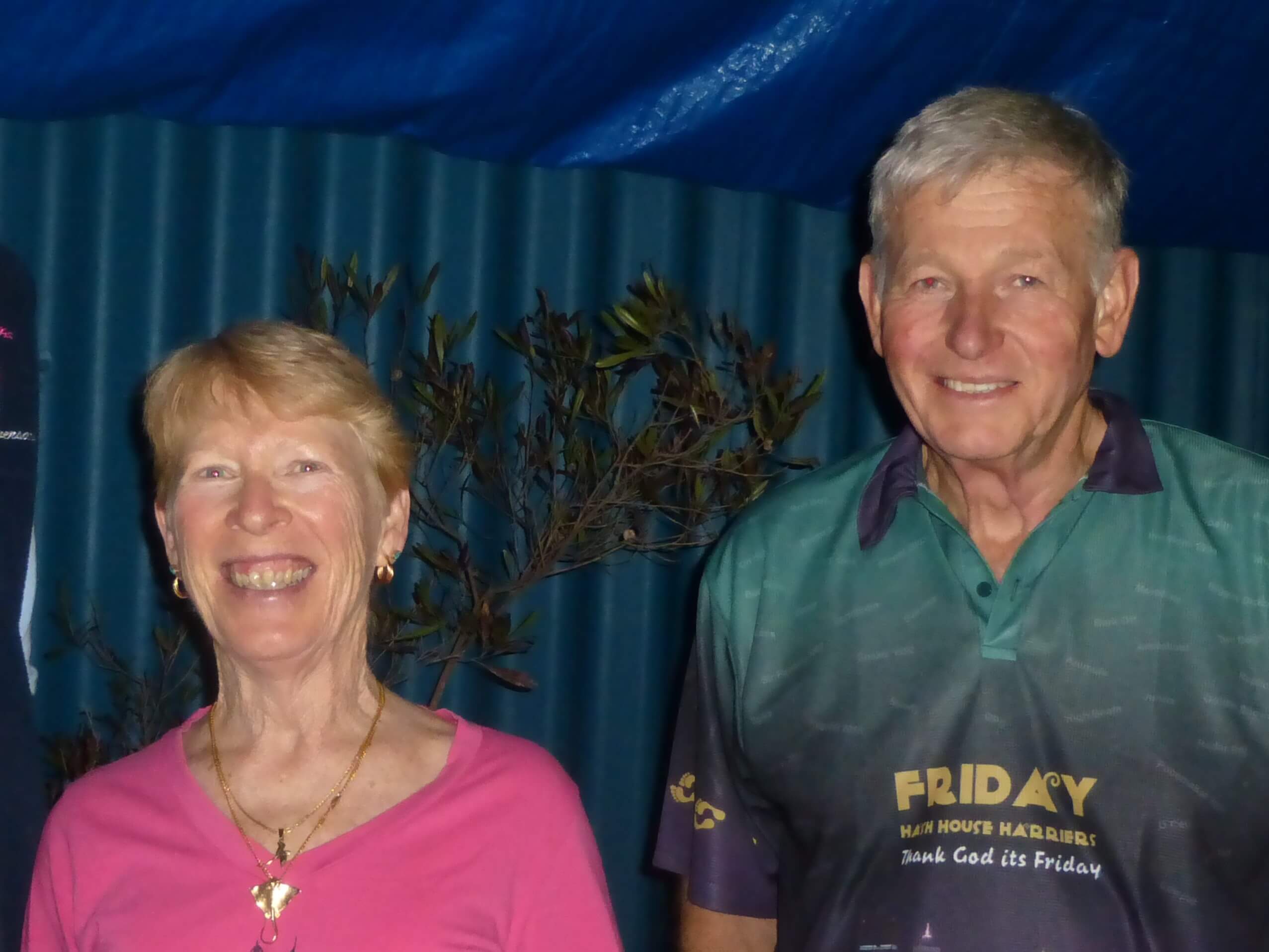 A very fine evening for a run from Cowpat and Blowfly’s home in Padbury.

A slightly late start as we waited for the Hash Horn. Wenchy said there were no visitors but she was a visiting/ fill-in Hash Horn for BlewHe who has injured her knee on the tennis court.  Cowpat informs us that the Walkers have to look for their own trails. Trails are marked R for runners and W for walkers. Well there are few mutterings from the crowd about this new revolution, but off we go. It really is a great trail set by Cowpat as the walkers criss-crossed paths with the runners as they followed their respective W and R markings.

As we waited for the circle to be called, our new Hash Splash Harriettes were buzzing around the table with plastic cups arranged, a little spillage , donned with P-Plates, they taste tested the Splash to get the mix just right. And they are ready …

The Circle            Our new GM, Camel calls the circle and the Hares had a deserving DD for their efforts on trail and in the kitchen.  Blowfly had even got a portable fire going to keep us warm.

Dynamo was our returnee, given a new entertaining DD song from Tickets.

Sam’s Birthday – the cake was a copy of a pink croquembouche cake… without the crocs.

Bitchy Britches – to Wombat – because we can!

Droopy Boobs – to Wombat – for putting the britches on inside out.

Hurk Bear – to Tickets – for throwing up at Busso, and then being so drunk, trying to deny it.

Wombat > Leopard, Wombat had asked her to do something but she never did, so Wombat figured she must have been talking to her other half – the Bi Polar Bear.

Wenchy > BlewHe forgot the new Hash horn, Wenchy had to go home and get it.

Wombat > Tickets – for holding onto the penis while wearing the bitchy britches.

Crafty > Wombat – For talking in the circle the whole time.

Charge to three Harriettes for sitting in the Circle , but Lone Ranger would not drink her DD, when asked “Why wont you drink it? ”  “BECAUSE I’M PREGNANT,” came the reply. Cheers and CONGRATULATIONS to Lone Ranger.

Sarge > Pumpkin and NightFill for their antics at the AGM.

Lost property from the AGM – a few wine glasses and a story from Wombat.

Wombat > BlewHe for leaving the AGM really, really late, like 1 am, barely fitting the pair of Harriettes into the tiny bubble of a Uber car , with feathers sticking out of the car.  hen getting the Uber driver to turn around and come back to get her drink bottle.

Pay your deposit for the 2,000th Ball Registration for Perth Harriettes.

Perth Crankers 100th Ride Celebrations Registration forms are out.  Pay a mere $25 deposit by the end of October to ensure of a surprise giveaway and a great time at Lake Leschenaultia on the 1st April 2017. Riders, runners and walkers are welcome and you can dance the night away with Leather and Lace in the evening. Cycling is fun for everyone.  See Head Banger for more info and registration forms.