Cactus’ Run According to Shorty 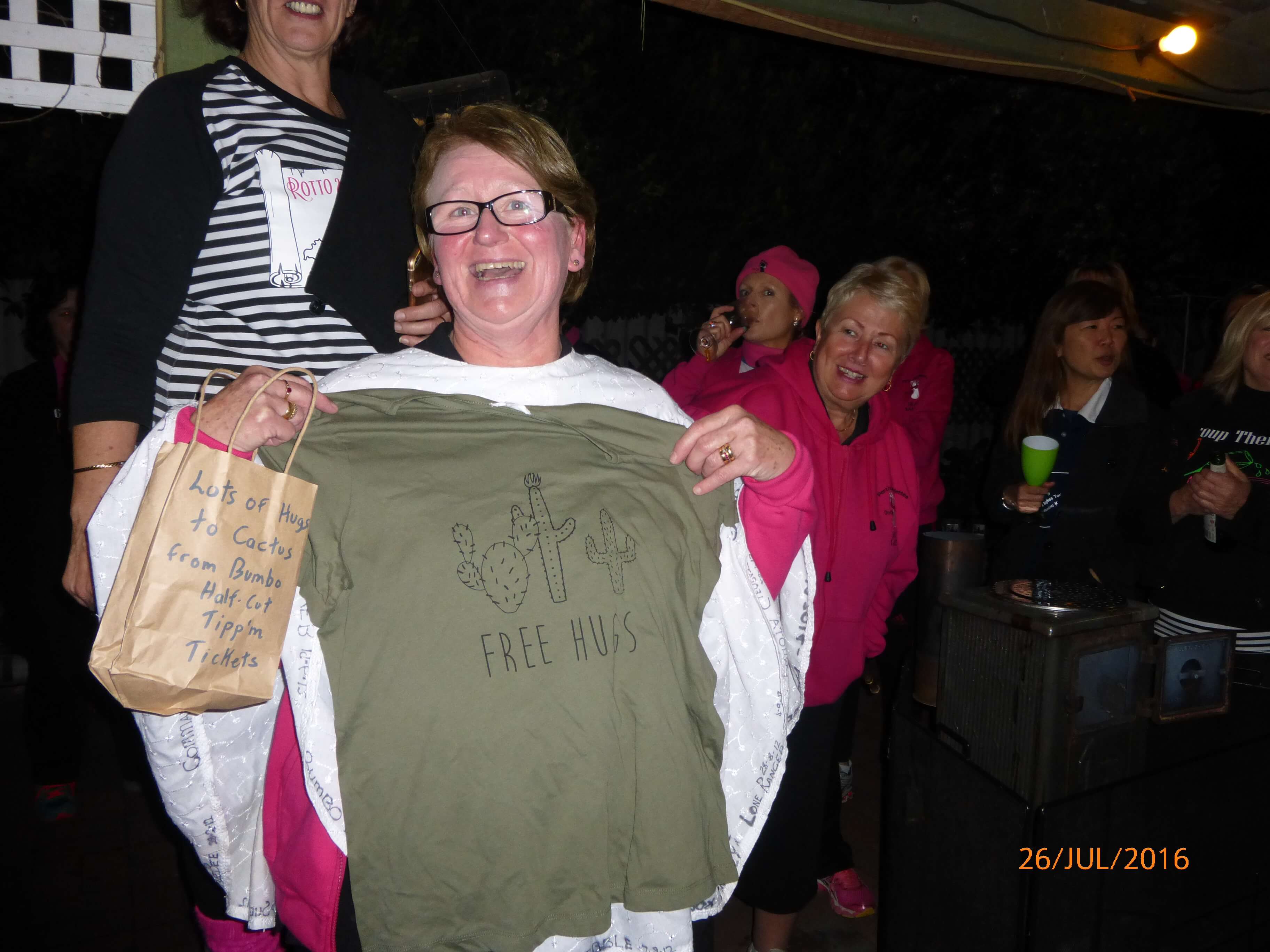 Lots of chatter and comments about the new surrounds as we wait for the GM (Wombat – but only for another three weeks – who’s counting?) to call us out the front or side as that’s where we are starting.

Off and running or walking with lots of arrows to mark the way.  A long drag on the wrong side of the freeway before winding through the bike paths in the middle of Greenwood back to home.  Nice run but it needed a few more false trails or checks to make it a hash run.  Remember girls if you have 18 false trails that’s NOT too many.  The idea is to keep the whole pack together.

Back home the nibbles disappeared like an ice-block in the sun with St Peter having to top them up to keep the seagulls happy.

Squirrel got them and a drink!!

That reminded LaFitz of a joke about a politician with a senior moment to finish the circle!

Dinner served and quiet reigns for a little while.

On On to next week