Coaster’s run according to Stiffy 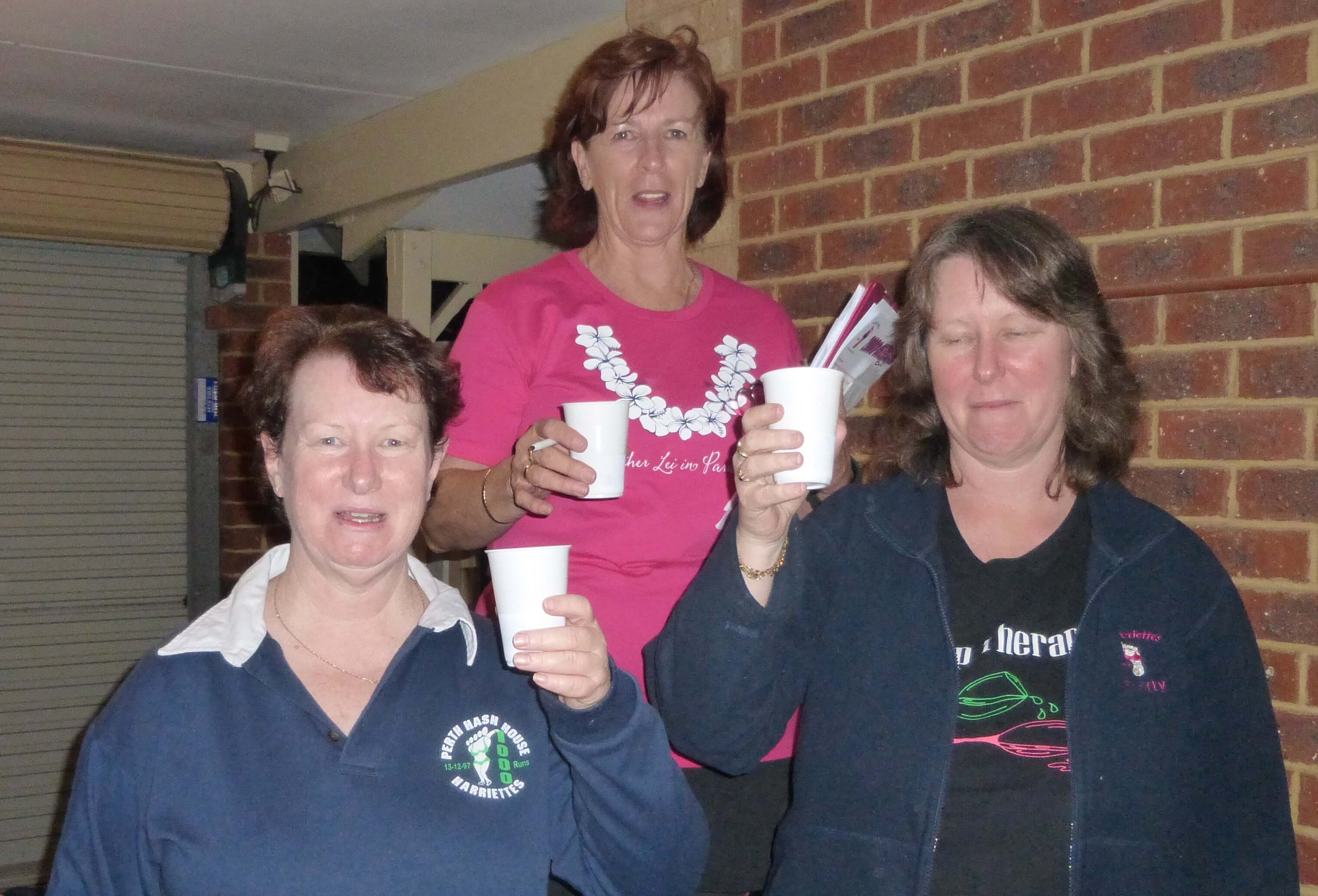 CHOIR MISTRESS: Tickets was asked by the GM to fill in and she was in full voice with some fun down down songs.

SPECIAL RUNS: Congratulations to Banger achieving 400 Runs.  Liberty made sure that it was celebrated in true form with bangs from poppers being discharged.

BIRTHDAYS: Shorty, Mustang and Liberty celebrated yet another birthday — yes more cake and lollies going onto the hips.

BITCHY BRITCHES: Cookie retained them as she did not wear them on the run and also for losing them.  Cookie told us how the britches have been missing and buried in her fabric stash.  But finally they have been found and they are returned to be awarded yet again and again and again.

DROOPY BOOBS: The GM dobbed herself, I am sure knowing that she cannot be charged.  At least we can laugh at ourselves when we do something silly.  Wombat announced that she was confused and having difficulty in finding the Sienna Sisters Restaurant for the Wino’s Lunch.  Wombat was wandering up and down Beaufort Street looking for the place called the LARDER as she was told to look out for this and the restaurant was near there, but she did not hear correctly as she was told to look for the LADDER as the land mark to locate the restaurant.

So as there were no contenders an official contender Tutti retains them for yet another run.

CHARGES:  Zena charged Squotta for not wearing has gear.

BB charged Squotta for the comment that she was doing a YOU (BB) and joining the trend of not wearing hash gear.

Moose charged Guide Dog for trying to get them lost as she wanted to go to Bogey Street and not Coasters address at Bluegum Street it seems GD was headed to Singapore for the run.

Kebab charged Suction for drinking out of a Hamersley Mug.

Lone Ranger charged Tickets for rude songs.  Charged reversed as everyone thought the songs were fun and enjoyable plus the GM requested some injection of new down down songs.

ABOUT THE RUN: Everyone enjoyed the run, well-marked big arrows, thumbs up to Coaster and Thrifty.

DJ got off trail so had to refer to her phone to find her way home — thanks goodness for modern techno stuff all the extra stuff a phone is useful for nowadays.

As normal there were some short cutters.  They just wanted to get back for the mulled wine and scrummy nibbles.  Yum yum Coaster fabulous food.

JOKES: Cookie yet again amused us with another fabulous joke.  About her 94 year old grandad.  You are never too old for sex it seems you just need to be near a church and use the ding and dong of the bells so you don’t forget what you are doing. That is my abbreviated version!!!!