Lone Rangers run according to Occy 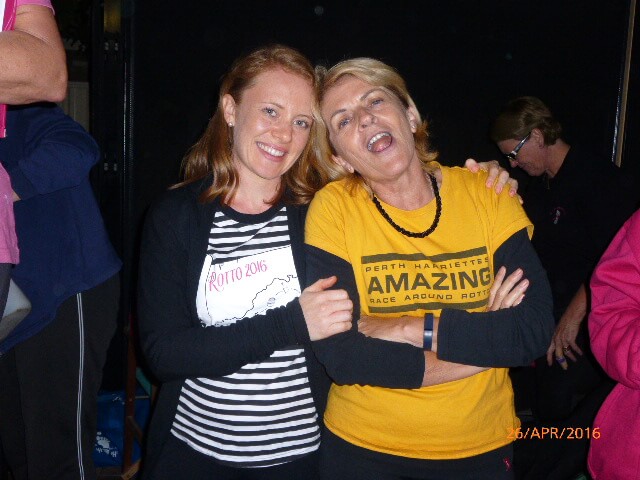 The rain bucketed down relentlessly most of the day, washing away all traces of the trail the hares had set the day before. But when the skies cleared in the afternoon, off they trouped again to reset the trail and make all the Harriettes happy. But after all their efforts no-one seemed to be happy. The runners complained about running four sides of a square. The walkers said it was too long. The hares themselves complained about the splash being too cold. The only ones who seemed to be happy were the sitters who had longer to get stuck into the eskies. By the time the first runners came in there was already an empty box of goon in the garden, so thereafter anyone who wanted to warm their bones with some red had to resort to tawny port. But seriously, it was all just banter. It was a great run and we were very lucky with the weather.

Returnees Deaconess, Thrifty, Banger and Cactus were given a down down.

Congratulations CTD! 700 Runs and a special 700 run bag big enough for any hash event. Even Stiffy would have trouble filling it!

Happy birthday to Cowpat and Rambling for tomorrow. Happy belated birthday to Banger who hasn’t been back since her birthday in March. It’s nearly her next birthday!

Camel came forward to pass on the Bitchy Britches. Wombat observed that she had fallen in love with the willie on the britches because it gave her something to play with. However she had to give them up. Roll-On was the first contender for commenting that she couldn’t care less about the walkers who were still out on the run an hour later. Ball Breaker said: “No she loves us walkers.” Occy observed that Ball Breaker was not a walker but a sitter, and was duly awarded the britches for voicing her observation.

Jewells charged Night Fill for being a lead foot and zooming past the intersection where she was meant to turn. Occy charged Coaster for having a sit down on the run (she had to be rescued with Coke!) Jam Tart fluffed up the song so Cookie launched into: “This is your down, down song. It isn’t very long.” Jam Tart said she would try and learn that one.

Cookie told a great joke about shit on the end of a golf club and got a down down with Ball Breaker because she didn’t get it. Or maybe she was talking and didn’t hear it? That wouldn’t be like Ball Breaker!

Cookie led us into the Harriettes’ anthem and we tucked into a piping hot yummy shepherd’s pie. Thanks Lone Ranger and Roll-On!!