Sphinx’s run according to Roll On 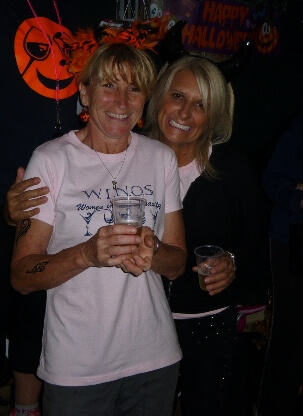 A reasonable sized group gathered in windy Quinns Rock to enjoy Sphinx’s Halloween run. The patio was eerily decorated and we were greeted with some pretty spooky music. The scene was set for an enjoyable evening with witches, devils and an assortment of other equally scary characters, and some were not even in disguise. The run was set for walkers and runners, the runners had a fair stretch in between checks and falsies, good for those of us wishing to burn a few cals, really good run which could only have been improved with a few more falsies to keep the pack together, but a great effort by Sphinx as this was only the second run she had set, excellent work.  Nice to see the beach and the massive changes in this once sleepy area of Perth.

The circle was quickly called and everyone was permitted to sit …………nice.