OTT’s run according to Banger 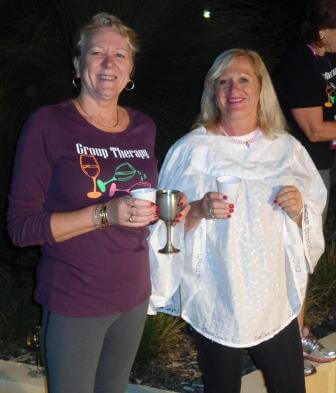 After a beautiful, warm summer’s day it was a tad chilly for our virgin hare, OTT’s debut. Accompanied by the trusty Rambling as her co hare, they did a sterling job, with just enough inclines in keep our thighs in tip top shape ready for shorts season!

Visitors: Crash and Burn from Canberra graced us with his presence

Returnees: Moose is back in Oz after flitting around Scotland for a wee bit!

New Members: Evie was welcomed in style by Kebab who presented her with a bag of Hash goodies and a “tit touch”, Ball Breaker thought there could be a name in there!!!

Special Runs: OTT must have known we needed a few hills on the run so we could enjoy all the yummy cakes guilt free! Congrats to Muffet, 100 runs and Oasis 450 runs with cakes by the very talented Cowpat and Liberty.

Bitchy Britches: GG has them but was MIA so I think Squirrel ended up with them – something about not fully appreciating Evie’s singing??

Droopy Boobs: Show Off gave them to Roll on for asking who had them while standing right next to her!

Charges: Cowpat, for commenting to Wombat about passing her again!

Crash and Burn for being a Show Off, so all Show Off’s came up for a drink!

OTT for inventing her own arrows, three stripes instead of FT!

Yummy chicken and salad for dinner, plenty for everyone!