Deaconess’ Run According to DJ 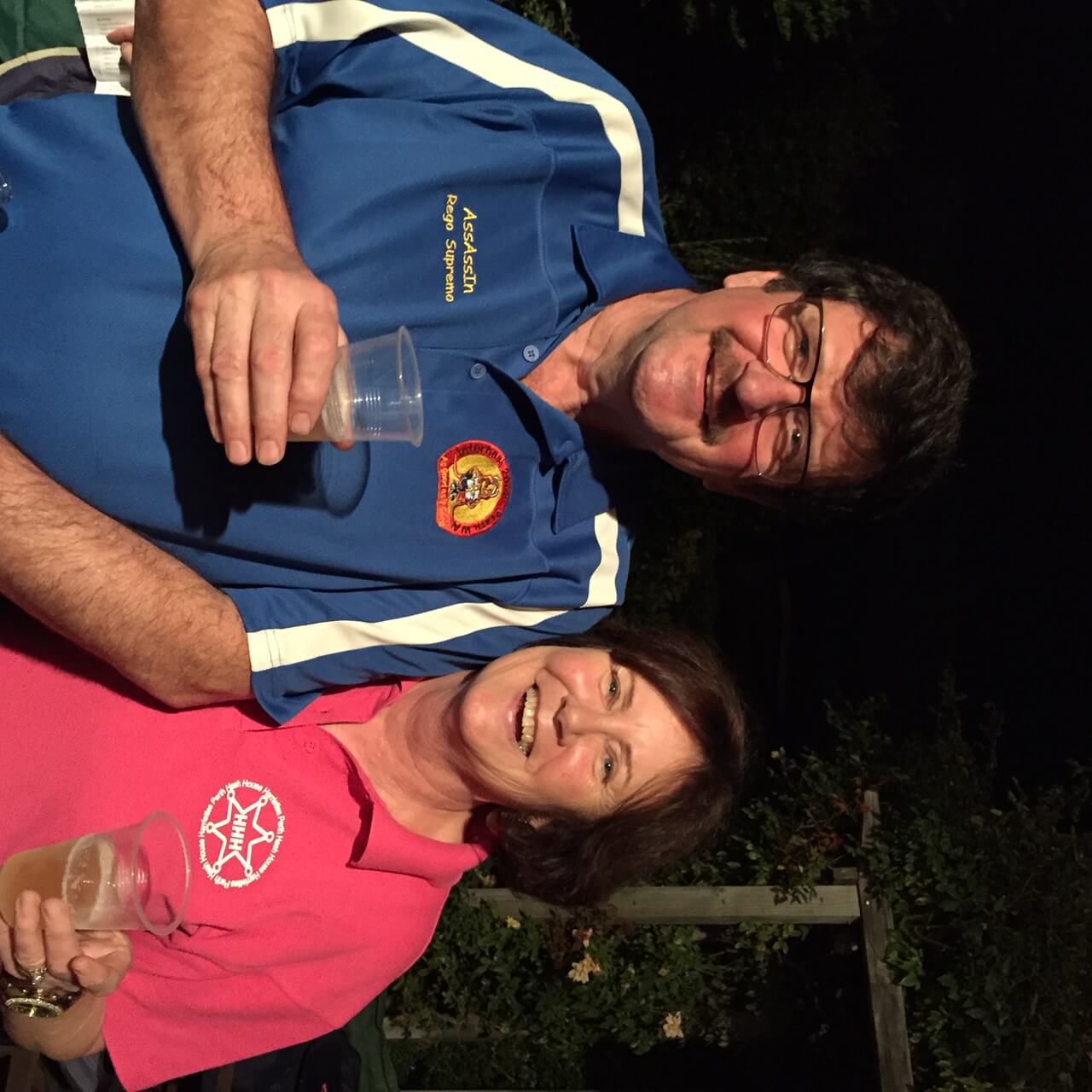 We were off to a great start for the evening as the freeway traffic was amazingly clear so everyone arrived super early, except for Matchbox and Firefly, Kebab and Cheapy who must have timed it right and made it with a minute to spare.  No No even had time for a half hour power nap before coming in!!

It was a beautiful clear and calm night as Deaconess set us out on the run with instructions that arrows were on the left where possible.  It was a well marked trail with a meander/run through the lovely suburb of Attadale.  We were entertained with some fabulous looking houses and great river views.

All made it back in reasonable time to make sure they got some of Assassins great barbequed chorizos ,always a hit at Deaconess’ run.  And, bless his socks; he bailed on a Hamersley committee meeting to cook them for us.

Circle was called and hares Deaconess and Assassin were called out by GM GG for a down down.  Next we had visitors, Penny who came with Cowpat, Dash and Screwy who arrived with their better halves.

Circle closed and grub was up.  Honing her skills from Taste Buds cooking class Deaconess did a great Beef Bourguignon.  Again a great hash night.