Blue Dress Run According to Deaconess 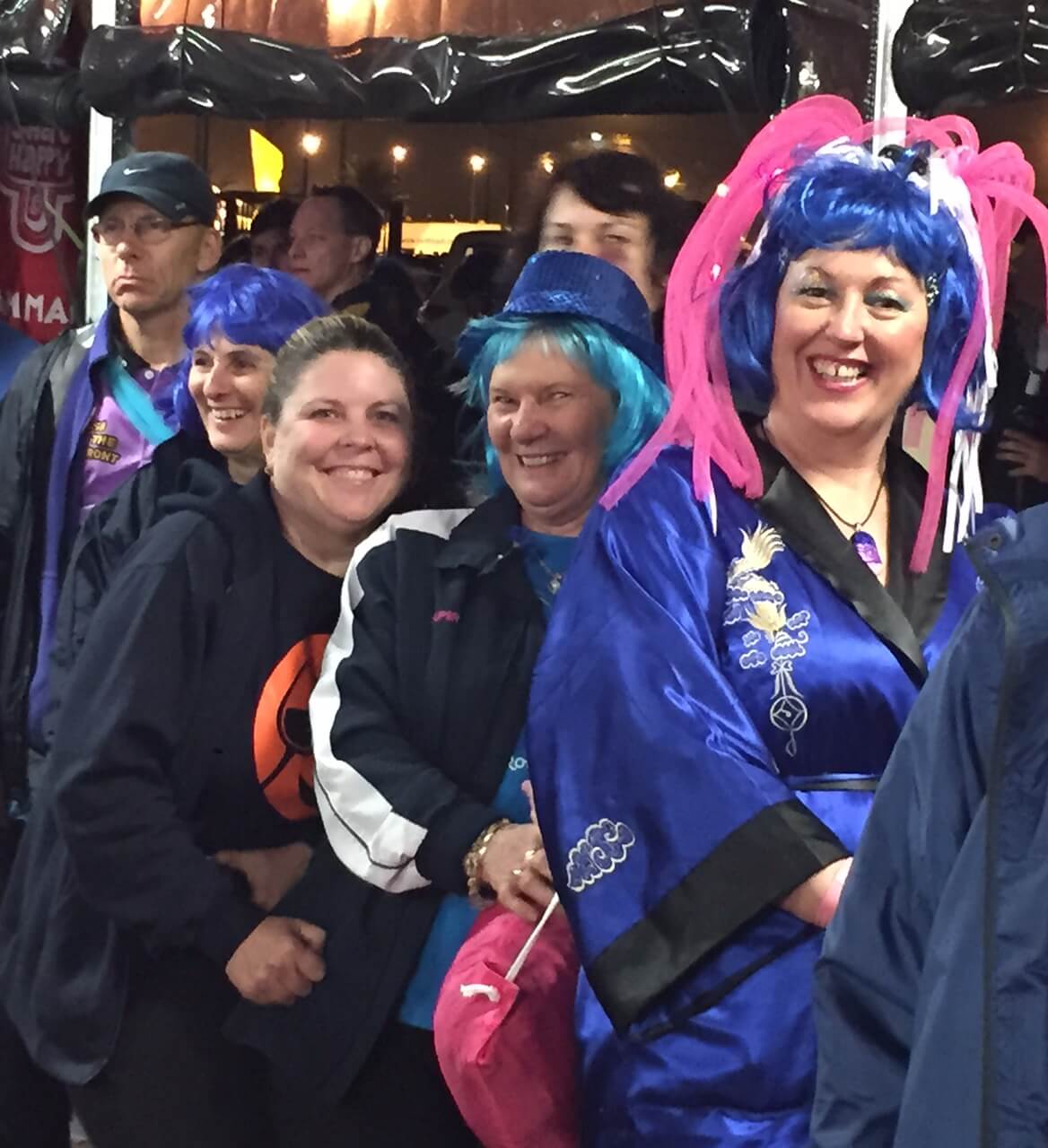 The weather was cold but dry, typical weather for the Blue Dress Run! Despite earlier threatening rain there was a good turn-out. It was an unusual place to start but Captain Munchies was a good option given that the redevelopment of the old McDonalds close to Sweet Lips could have caused some problems with the licensing laws! The clubs that brought their busses, vans and trailers set up under the lights and we were given our orders with separate running and walking trails. A well set trail through the streets of central Freo then up past the hospital to the mystery drink stop….would it be at the War Memorial? Would it be at Buttless’ place? Would it be at ???? Yep, it was at ???? in this case at the front of Old Freo Prison. The usual pick-me-up of port and lemonade served by DJ and we were off back on the return trail. Replicar goes head over heels on the way back, serves him right for having a 17 inch waist! Big choice back at the car park….get a drink…have a chat…or get in the line for a burger! Xena does the right thing and goes around selling flowers, only to be accused of trying to sell off her ‘dried arrangement’!

At 8:45 the Ranger turned up to lock the car park gate, so it was either go home, find a park outside or drive over the curbs later. GG managed to divert his attention for some time and delayed the closing of the gates but eventually the crowd dispersed pretty quickly and we packed up for another year.

Thanks to all for the great turnout. The final tally of the funds raised is yet to be determined but I can report that it is in excess of $900. Thank you to everyone for their continued support of MNDWA.