CTD’s Run According to Moose 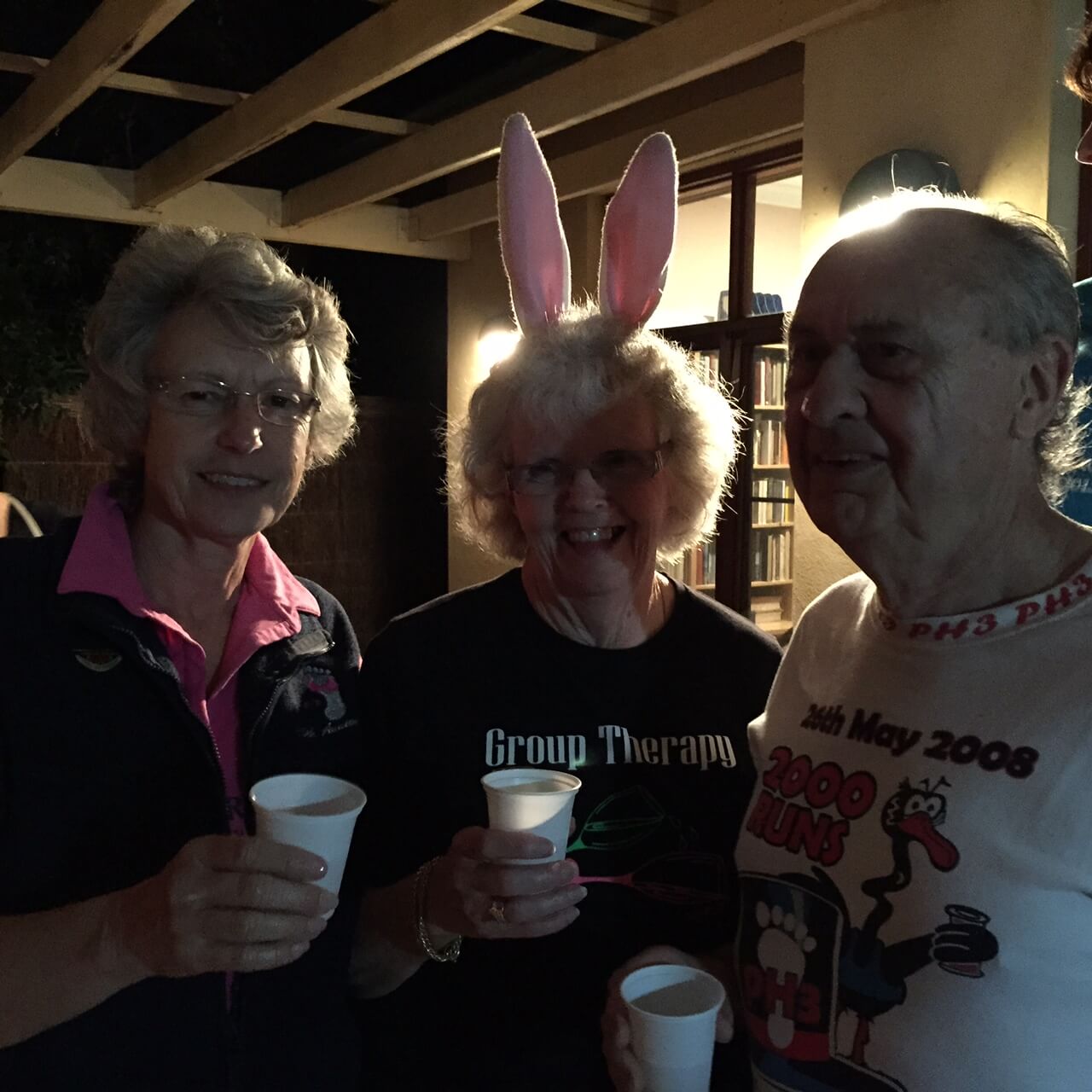 We all hippity hopped along to CTD’s last Tuesday night for an Easter run, some pretty bunnies were there, we finished up in the park having an Easter Egg Hunt. A few of us were lucky enough to find a bag of chocolate eggs.

Head Banger came into the circle and gave us details of The Crankers run on Sunday, she also told us an Easter joke for which she receive an egg.
We all then joined in a good singalong of Who Wants To See A Miracle, and received a lovely supper from CTD and helpers.
Good night was had by all.
OnOn