1900th Run According to Commando 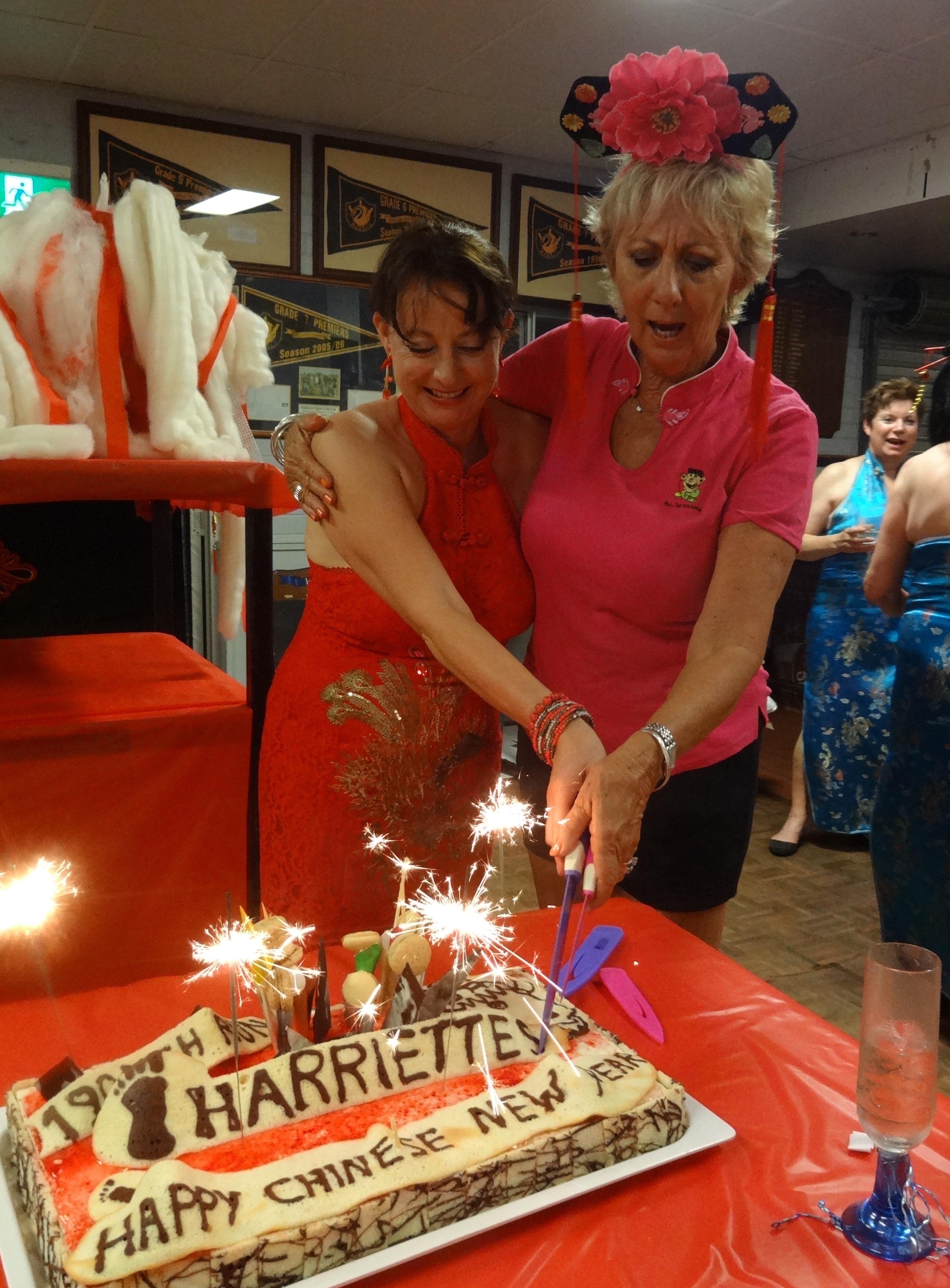 The GM, GG, splendid in her Red Chinese dress, welcomed everyone in ‘Corona Chinese’! A welcoming ceremony was carried out at the entry and each Harriette was greeted ‘Gong Hey Fat Choy’ (Happy New Year). Staying with Chinese tradition (and Hash tradition) everyone received a superb Twin Hill’s bottle of Port with a Chinese Lucky Red Money envelope.

A surprise showing by the Chinese Harriette dragons, who symbolised Harriettes symbol of power, strength, and good luck for people who are worthy of it (like all of us).

There was a quick walk around the park and back to the GM’s Tai Chi lesson to bring the mood to a calm and tranquil state; (yeh! and that GOAT might fly too, LOL!!!).

The circle got under way with a big thanks (Xia Xia) from the GM to the committee for a wonderful evening.

The Chinese entertainment ‘Quee’ was a cracker! He could hardly speak a word of English, so it became ‘Mudder on lee Dance Floor’ with very competitive karaoke session between Suction, Tip’m and DJ… the fight for the microphone was on. They all should take singing lessons because they sounded like a pack of back street Chinese cats, caterwauling.

A weird ceremonial touching of the Chinese Dragons tongues by the GM and Sarge before the cutting of the cake!!!!