XGMs Run According to Half Cut 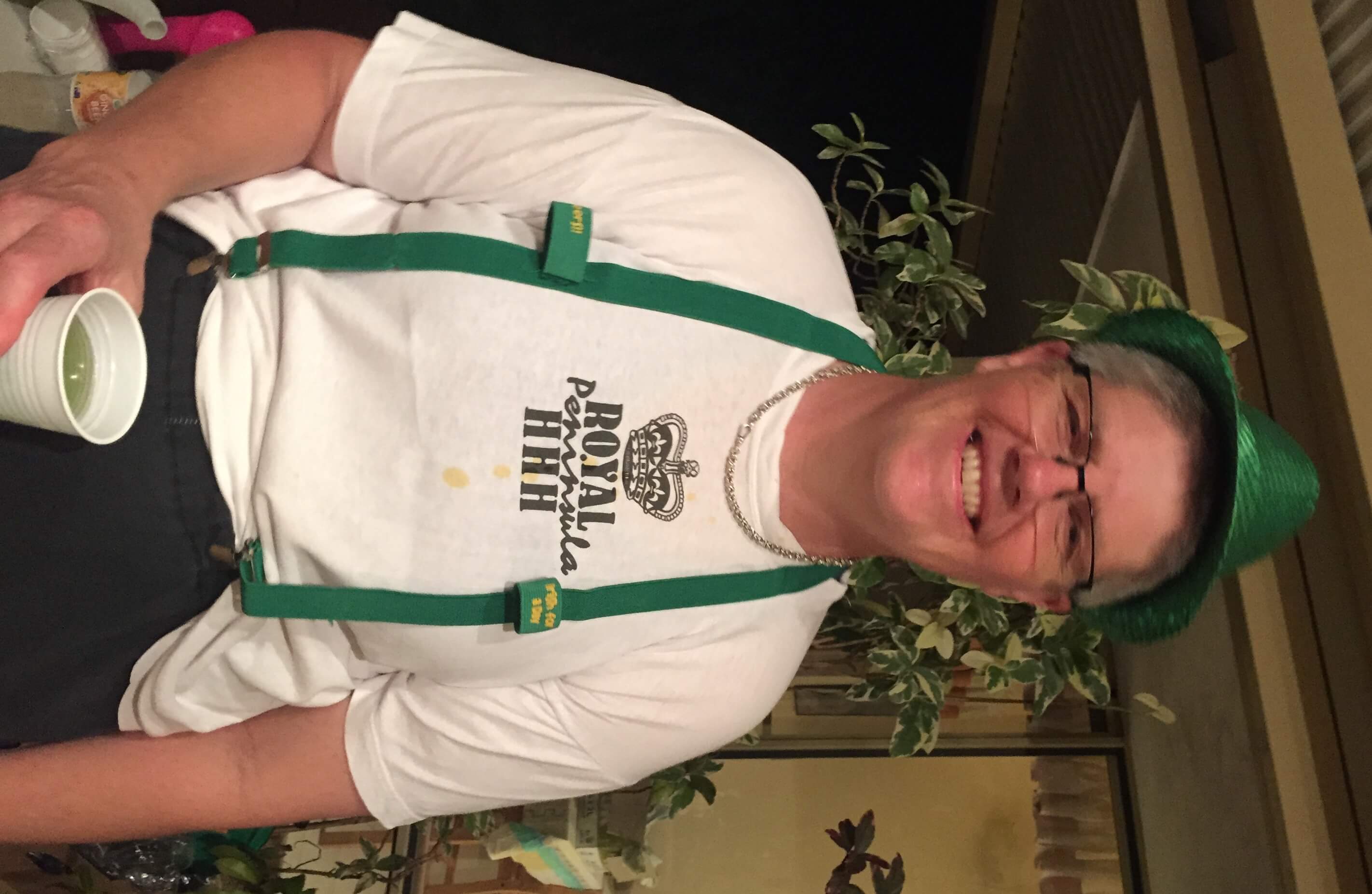 The run was short with a dancing competition held at an oval close by. Fun held by four groups refining their Irish dancing skills. Xena’s team won the event with their innovative take on Irish dancing and showing some booty.

Back to Shorty’s home where La Fitz took over running of the Circle.

Jokes came fast and many during the circle (with an Irish bent of course) with Aunty Val being very proud of her newly acquired boobs and showing them to the camera on many an occasion. Aunty Val had a true/false competition with our past GM showing her smarts and winning the competition and receiving a prize from La Fitz. Tip’m was anxiously ensuring all who came out the front received another little prize for their efforts.

Deaconess received her 269th down down and did us proud with her efforts.

Cakes and candles were brought out for Mary Poppins, Squatter and Pumpy for their birthdays in the past week. Have a great year girls.

Occy received the Droopy Boobs from OTT. Occy had tried to charge another Harriette but it backfired on her and she is now the proud owner of our Droopy Boobs – watch out girls when revealing all and sundry to her – you could be the next proud owner of them!!!

The only charge I can recall was one for not wearing green – Sarge, Squatter (who walked out without being called), Teflon Tart, Tutti Fruitti and Thrifty.

The best costume was voted on – great efforts girls – Occy, Cheapy, Firefly, Matchbox, Aunty Val, Even Stevens and Wombat – with No 1 being shared by Firefly and Matchbox.

General Business – it was revealed that unfortunately the Bullsbrook 2000th Run and the Harriettes Dunsborough Weekend are unavoidably weekend in October – Lone Ranger and Roll On were charged for saying they were going to Bullsbrook.

Food was delicious with an Irish stew, mashed ‘taties and green peas. And the birthday cakes – of course!!!!