Nightfill’s Run According to Shorty 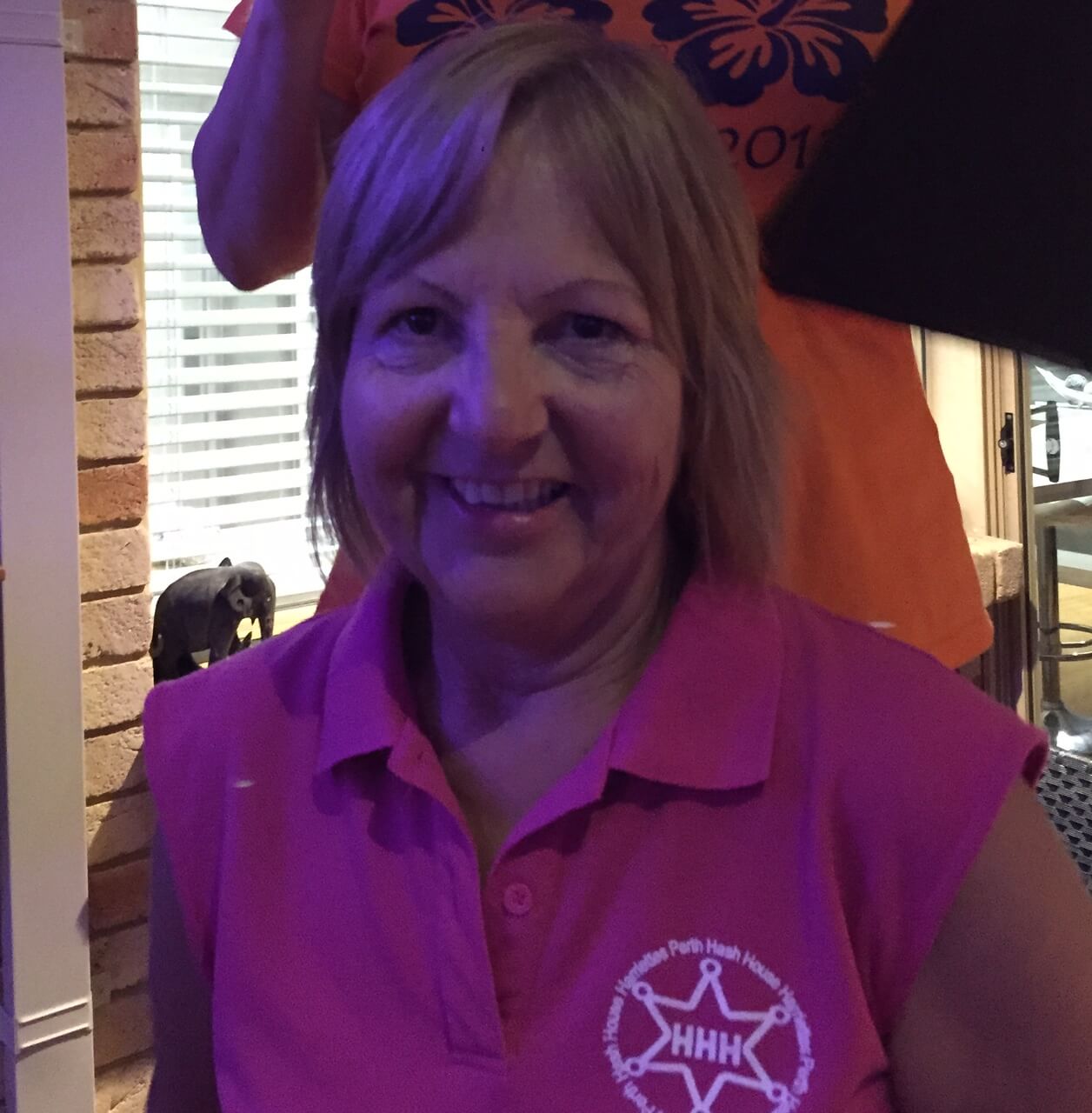 As people started arriving gossip from the Nash Hash weekend exchanged amid lots of laughter making for a noisy venue. The pink harriette shirt was well represented.

Finally called out the front by stand-in GM DJ (seems all the other contenders are still off partying or recovering). Nightfill explained it was a long run as apparently her previous run was criticised for being too short. Well this run was OK. There was some confusion at the start with the arrows left from Rambling’s run a few weeks ago (apparently not enough rain or sprinklers to wash them off), but the pack finally got into the swing of it and was soon making their way through the area. We went past LaFitz’s place (with no drink stop!) and into Hamersley. With lots of falsies the pack almost hung together as we headed over the freeway into Carine then finally past the Warwick train station and on home.

Back home the noise level once again rose as further tales from the week-end were exchanged until DJ called for the circle.

Circle over and the noise level rose until the food was served!