DIYs Run According to Cheapskate 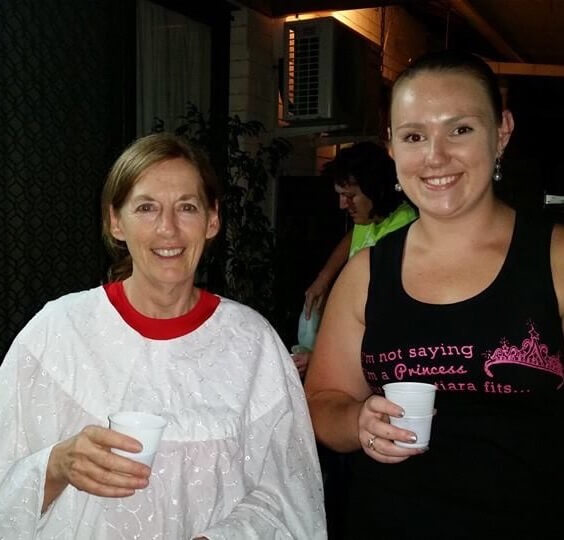 Here goes the decipher of my chicken scratching (never thought I could read hieroglyphics much less actually write them.)

Fabulous night for a run (well a walk and a talk in my case) DIY looking demur in the Virgin Cape sent us on our way around the streets of Dianella. ‘Twas a little warm to begin with but we gathered some breeze along the way or maybe that was just the whooshing air as the runners passed us by.

Had a surprise fruit stop too…Shorty announced ‘drink stop’ and we got a little excited so we sucked the heck out of that fruit hoping for traces of vodka…no luck…thank you anyway DIY it was very, very refreshing

Circle was called and our Virgin Hare took her down down with Blew-He (standing in for Wenchy who was so exhausted after helping set the trail she needed to head overseas for some rest.)

The call for visitors and up comes Double D’s Dash looking dashing as ever.

And the nominees are…..

Everyone then feasted on delicious corned beef and salad and then scoffed those yummy cakes down to the last finger smear of chocolate ganache.

PS: be aware the street has turned into a bit of a carpark these days…so suck up to some buddies and car pool if you can.