Home James’ Run According to DIY 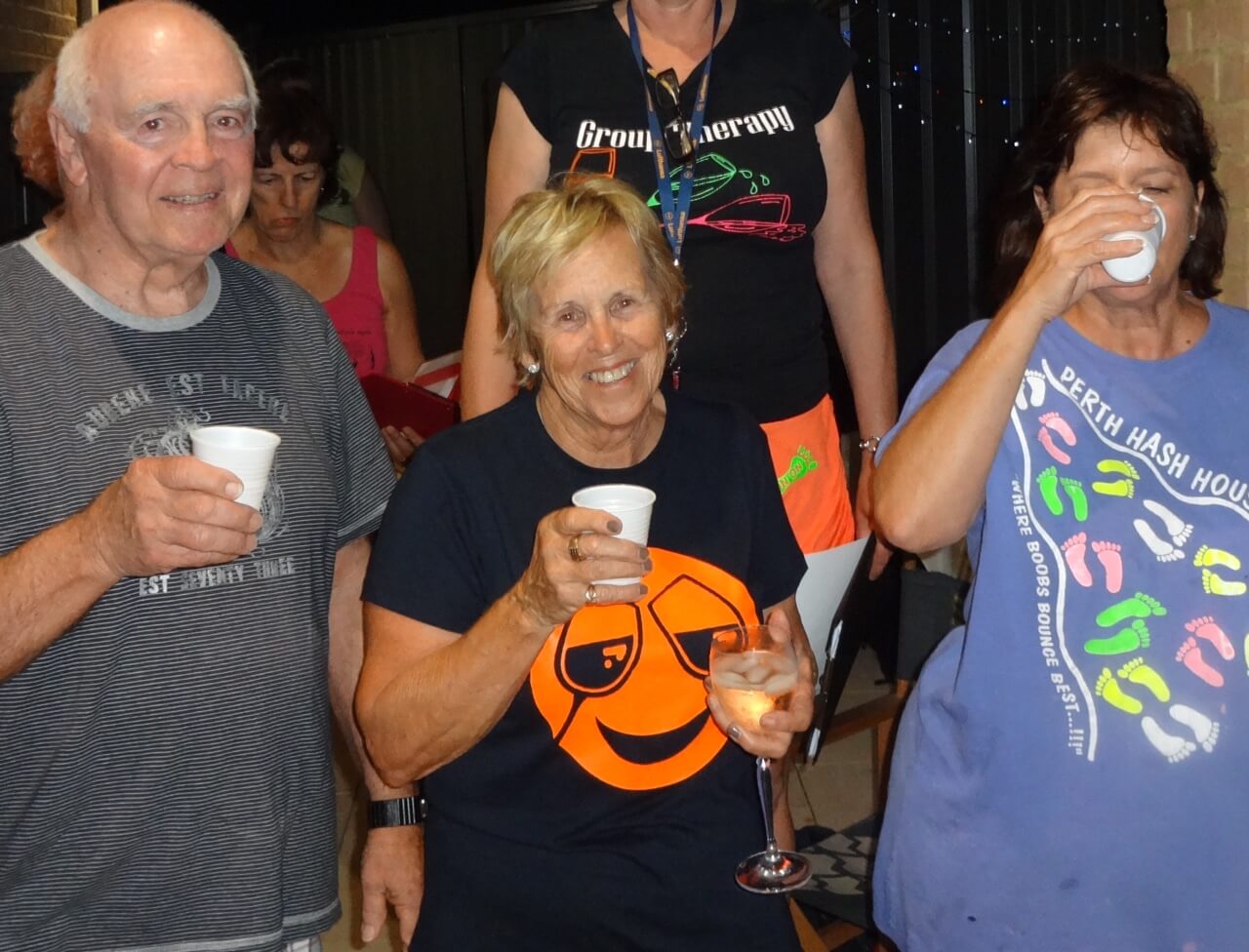 Who all had to share the one birthday hat!!

Could not be handed to anyone because Teflon was on a date!

Lots of contenders for the Droopy Boobs however they could not be passed on as they were not at the run either.

Things then promptly got out of hand with Home James, Backseat and Gorgeous throwing drinks around after the down down which ended up on poor Sarge.

Circle was ended and then we were treated to a yummy beef/gravy/roast veggie and salad tea.