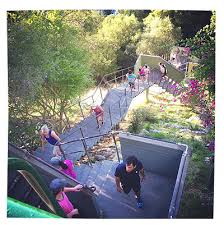 There was a smallish turnout possibly due to it being a Monday and everyone having a long weekend away or, looking at those that did turn up, maybe everyone else was still getting over the excesses of Christmas!

Quickly out of the park and through the streets, past  the old West Perth mansions long since turned into fashionable offices for mining companies…these days they are probably the only asset of value they have left! Past our seat of Government, not a pollie in sight…all on their Christmas overseas ‘fact finding’ tours at the taxpayer’s expense no doubt. Loop back to the high-rises overlooking the city, the walkers on the high road and the afleetes on the low road and up Jacobs Ladder to the drink stop. After Jacobs Ladder, we were only good for a pedestrian amble back to Mays Circle through the park. The run was around 6.5km and I got back 59mins and 45secs after the start….. great run from Screwy & Butt-Less and well needed drink stop from Mr Wong.

Screwdriver stood on the crate for the GMs sunning themselves on Rotto.

General Business: Screwdriver back on the crate.

Thanks to our guest writer Ass-Ass-In for his interpretations of the evening.