DJ/Sqota’s Run According to Wombat 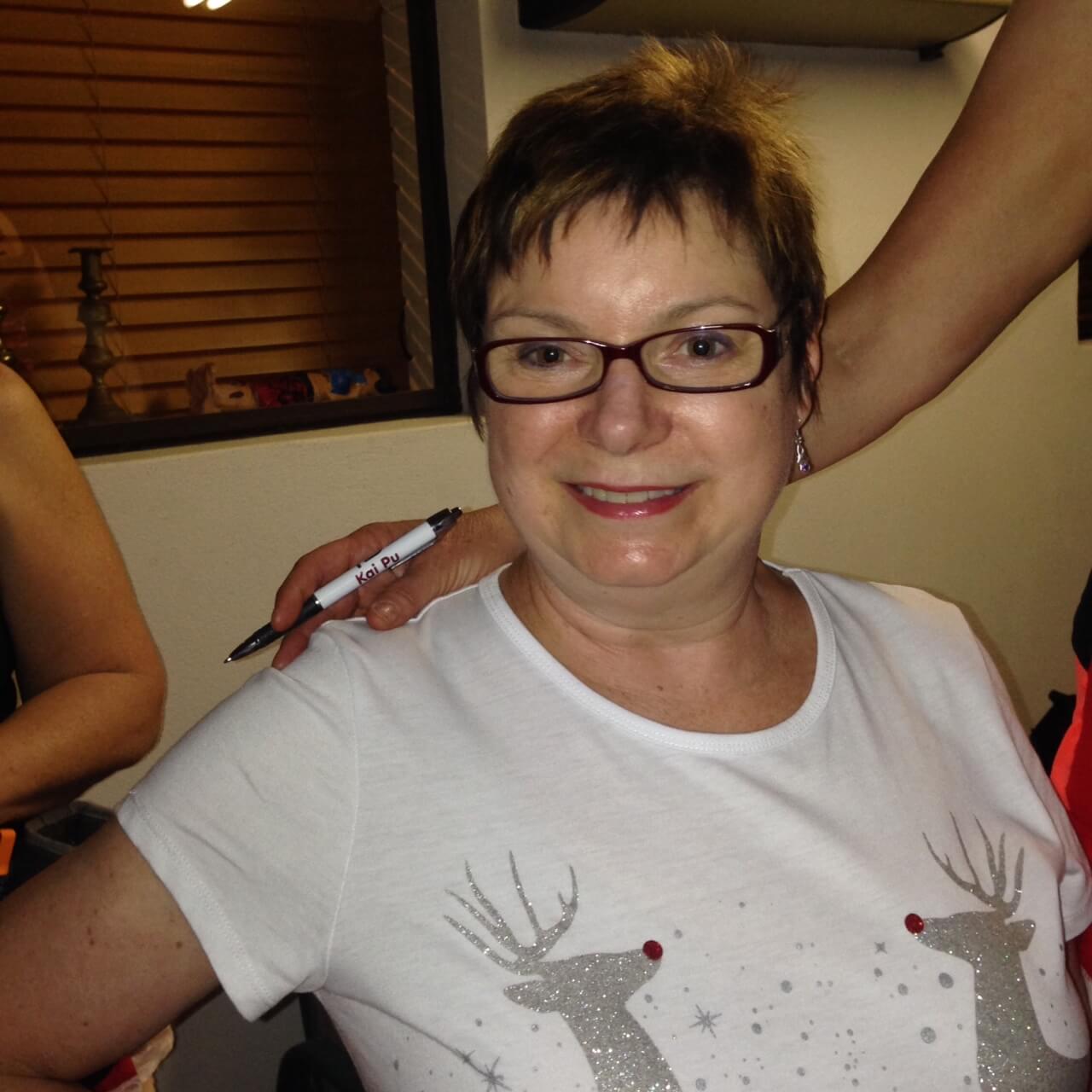 It was the penultimate run to Christmas Day and everyone was in great spirits. None more than the wonderful Hare DJ, flitting here there and everywhere never spilling a drop from her glass of wine.

DJ set a great run that took us through the streets of Nollamara. The runners led the way past houses all lit up and decorated ready for the big day, the lovely parks around DJ’s place and all the new construction happening in the area. The walkers and talkers wandered along having a great old chat and thoroughly enjoying themselves. There were plenty of other people out and about too on such a lovely summer night who were all endeavouring to get out of our way. Oh well!!!! No new members for us tonight!!!

We had a couple of walkers but I won’t point the finger at them, (Coaster and Thrifty), who decided to take a short cut that got them back after all the runners and most of the walkers. They just had to have a down down for that.

There were plenty of visitors and we dragged them all out for the traditional down down. What shy little petals they all became when the lime light was put on them. Yeah! Right! The two terms ‘Shy little petals’ and ‘Hamersley Hashmen’ shouldn’t be put in the same write up. Almost took over the circle   ;))

Congratulations to the Special Runners

Birthday girls were Headbanger and Mac the Mouth. ooops Did I say girls??? Well it is a Ladies only running club, happy birthday both of you. May your year be full of good things. Shorty kept the Angel Wings, Blew-He retained Herk Bear and Puddles held on to the Bitchy Britches. But Kebab managed to pass off the Droopy Boobs to On Heat for singing the droopy song instead of the bitchy song. Bit weak but better than nothing says Kebab.

Charges were called. If only we could charge the GM for getting her prize winning dog, Parker, as drunk as a skunk at the Harriettes’ Christmas party last week. He even took off down the street to woo his lady friend at two in the morning. Wow!!! What a massive hangover he had the next day.

General business was called – Boddington, New Year’s Eve, Crankers, Pre-lubes/ post lubes for Busso Nash Hash. Then into our song we went with gusto (as I think we were damn hungry). A delicious cold meat and salad for tea was served for tea and the fun, laughter and festivities continued on into the night.

Once again another great night from DJ and us Harriettes.