Melbourne Cup Write Up According to Cowpat 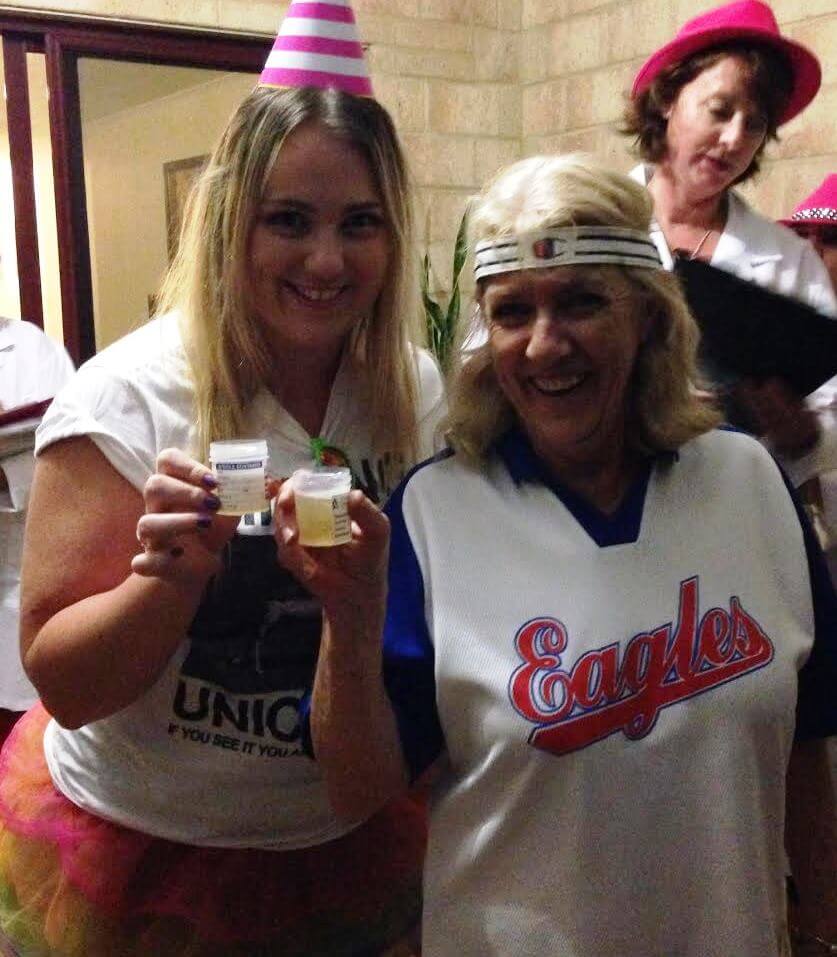 Hares: Wenchy and Blew He

Ably set by Wenchy and Blew He, the run was a leisurely stroll to a park in Morley for the 42 starters, probably a good thing as some of the Harriettes horses looked a little worn out from the festivities earlier in the day. Shorty took the lead and was there for most of the run (she being the only one who actually ran, or, was Mustang there as well). A game of “Try to Catch Your Nag” was played by the more enthusiastic of the group. This involved jockeys throwing water bombs at their horses, some of them going astray and splashing the outsiders (a number of whom shied away from the open ground to hide behind a tree). After such an exhausting run, equine food of watermelon, dips, chicken and salad followed by strawberries and ice cream were served.

Belonging to Guide Dog but she claims they are lost tits.