Blew-He’s Run According to Mary Poppins 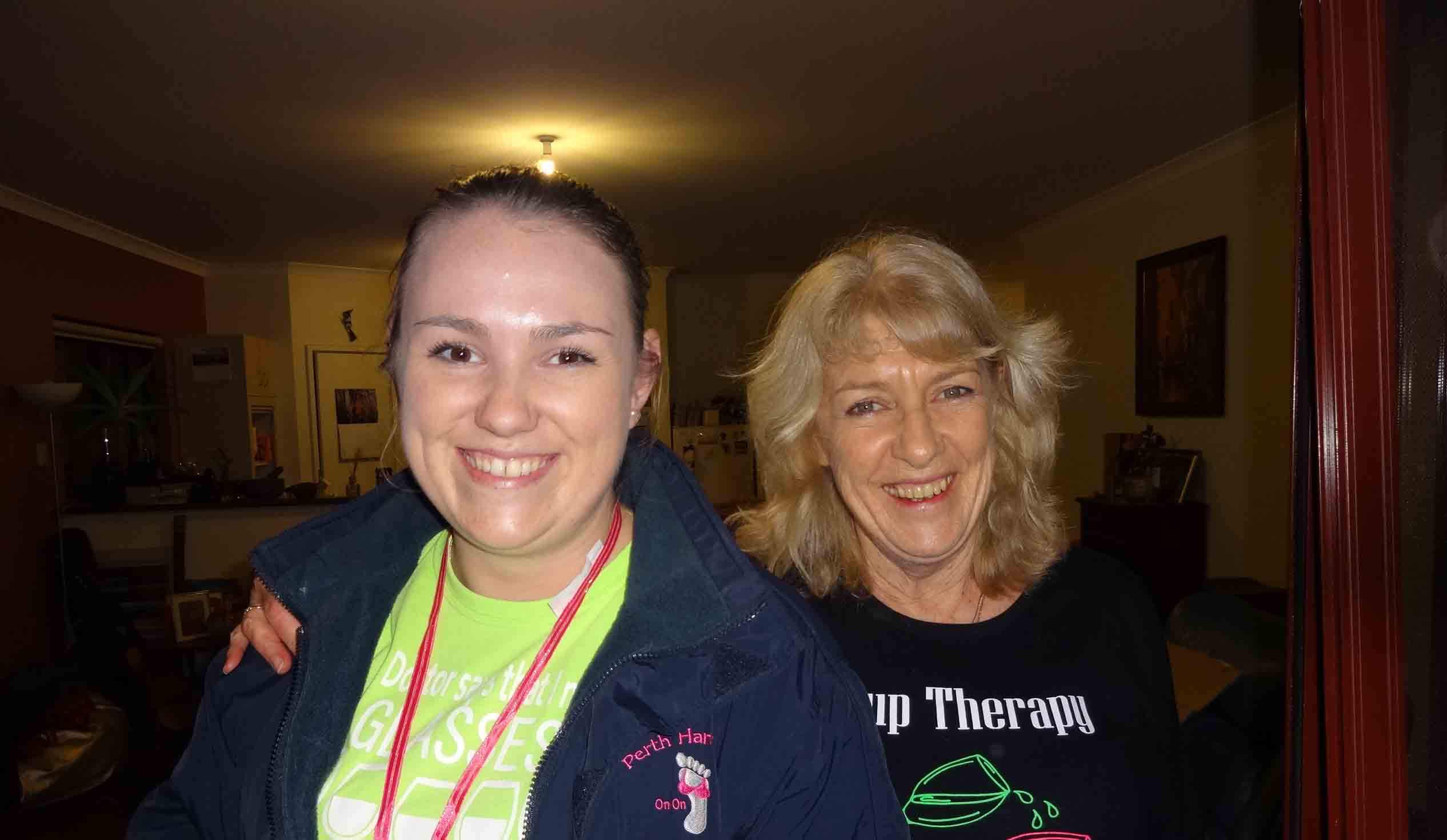 Thankfully the weather didn’t match the Hare’s Hash name BLEW-HE as there was no wind blowing, just a beautifully crisp, chilly evening causing a few to dance around to keep warm, a bit like the penguins in Mary Poppins, which made me feel right at home! Mind you, BLEW-HE wasn’t doing too much dancing with her knee still on the mend so experienced Co-Hare WENCHY came to the rescue.

We headed out through the streets of Morley following such a well-marked trail that those planning for a “quickie” around the block couldn’t help but do the full run/walk. No incidents to report on the way, the “pack” getting back pretty much within the hour. Nibbles disappeared in a flash with conversation priority being the upcoming Brussel’s Interhash #2 – China Interhash being #1 – not often you get two in one year.

Hare/Co-Hares BLEW-HE, WENCHY & KIM (house-mate who really had no choice in the matter)

Returnees          RADIO GAGA, DYNAMO, MARY POPPINS back from Europe having done the reccy for Brussels

Special Runs      BLEW-HE was presented with a silver foot for 100 runs – congratulations!

Birthdays            STIFF STUFF must have an abundance of friends as she was presented with 2 cakes, well 1 cake and lots of mini-cakes appropriately decorated – best wishes!

GOSSIP GIRL for losing the pink file? and bringing a white t-shirt for the Group Therapy print run

On On to a delicious roast dinner (we really are spoilt sometimes), thank you BLEW-HE & WENCHY for a great night.