NoNo’s Run According to Tickets 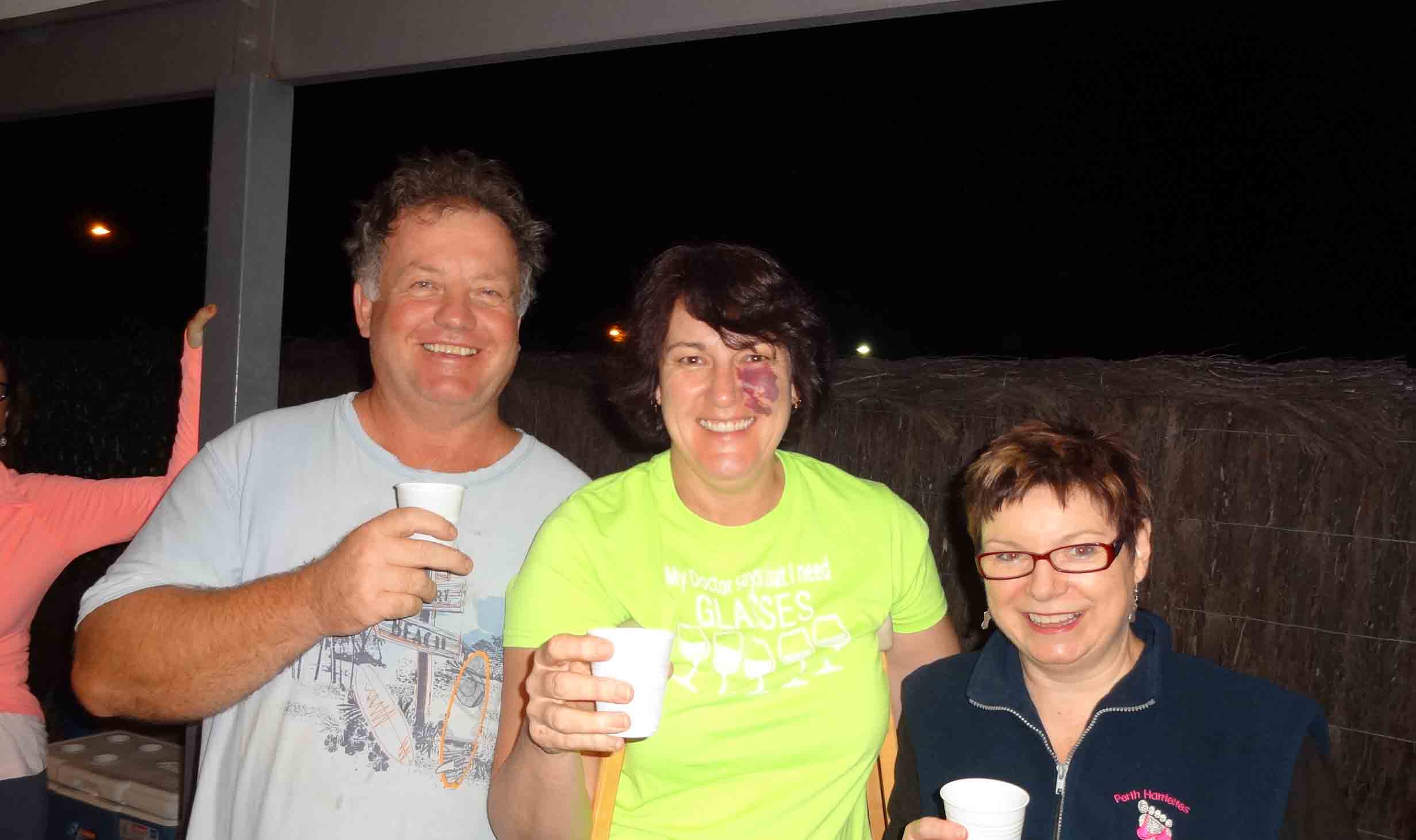 No No’s night time saunter through Ridgewood – even though she couldn’t partake because of her foot she managed to organize a really well set run. Lots of False Trails at the beginning meant the pack stayed close together which is the aim of a hash run. It also helped when the chalk markers offered an alternative short cut.   I even noticed a few of the usual short cutters hanging in there till the end, well done, you know who you are…

Hares – No No and Goats Breath, formerly of Bullsbrook Hash. Great job guys lots of well-marked arrows and FT’s.

Tuitti Fruitti on 16th No cake, no friends

Coaster on 18th Yummy cake from her sister Thrifty Let that be a lesson to you Tuitti, get your family involved in Hash.

Elaine invited by Sphinx who had a drink for bringing a non drinker to Hash.

Retained by Wenchy for not bothering to show up to dob someone else in.

Di, named on a weekend at Crankers Hash whilst trying to perform a crusty demon maneuver. She fell very hard onto the ground and some smart arse came up with DI HARD.

Liberty, Banger, Even Sevens, Sam & Seagul charged for holding their own knitting circle in the carport.

Squirrel talking in the circle, told she should have known better as a teacher, charge reversed because she’s now a Principal.

Deaconess charged Liberty for being the first to take a bite out of her marshmallow bra at the Rocky City Pink Breast run last week.

Matchbox & Firefly, charged for both being on their mobiles, probably to each other!!!!

Gorgeous, tired of all the talk on Brussels was overheard to remark ‘Who gives a Shit’

Jewells our illustrious Choir Mistress called on Cowpat to sing the song; luckily she was helped out by Shorty “Who Wants to See a Miracle!!!”

NOTE FROM THE WRITE-UP’S AUTHOR (GUESS WHO???):
BRING BACK THE ANGEL WINGS – Tickets a well deserved recipient of this long forgotten bit of Harriette history for putting her hand up to be Horn and Scribe, what a woman ….just saying!!!!