Squirrel’s Run According to Rice Bowl 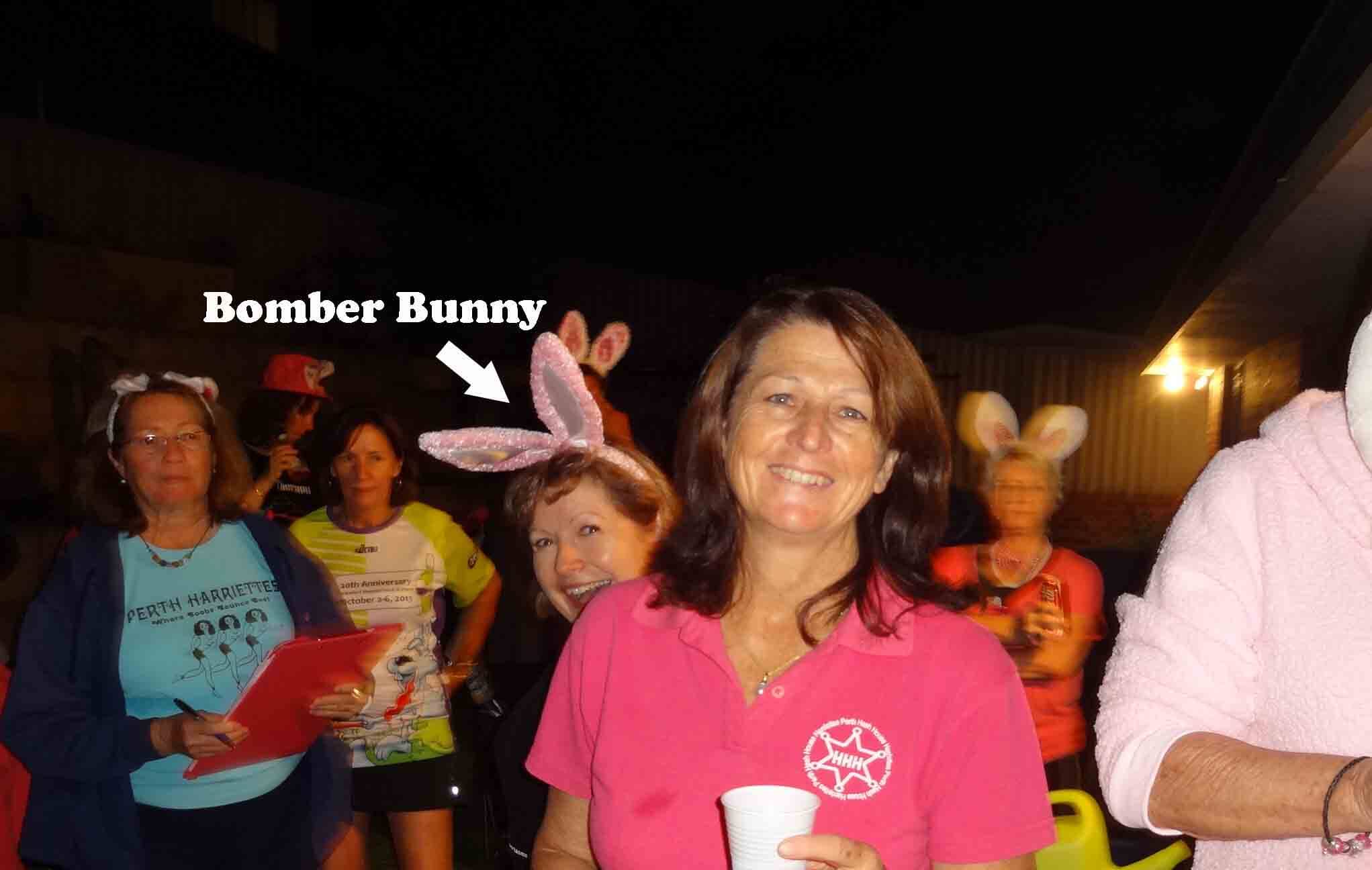 It was an historical night for 2 reasons.  First, it sort- of rained, with a few sprinkles…wonderful for the gardens; and, second, it was a Lunar Eclipse, although we didn’t see much as it was too cloudy.  Over in the Eastern States, they were able to witness a red glow around the moon!

We set off on time from Squirrel’s newly renovated home.  The run was well-set and Squirrel did a good job meandering the pack around the local streets.  It was pretty dark and I was thankful for my torch on a couple of occasions.  Besides Squirrel, lots of us are doing renovations at home, so the talk on the run was all about that.  I don’t think anyone got lost but Harriettes this is a Hash, you are supposed to call on the trail, and you are so very very quiet!!!!

Our GM Anyname called the pack to the Circle.  Cheapy kept the camera flashing, Jewells was in fine voice and Gorgeous and Back Seat kept the down-downs coming.

Visitor (and Squirrel’s Neighbour):
Janine.   Hope to see her join us again!

Special Runs:
Sam 1000 Runs
Sam collected her gold badge, a super big delicious rocky mountain cake and a bottle of champers.  Nightfill and Pumpkin entertained us with a very funny skit.  It seems that Sarge gave Sam the OK to join the Hash many years ago even though she was a man!  ‘He’ then underwent the gradual change from male to female.

Birthday:
Running Bear – not with us but we send her birthday greetings from afar.

No Returnees, New Members or 69ers.

Bitchy Britches:
Nightfill passed them onto Wenchy – something that involved Guide Dog and another dog and Guide Dog wasn’t there to shout up in her defence.

Droopy Boobs:
No one knew who had them so not passed on.
Guide Dog – would you happen to have them????

Herk Bear:
Not with us at the Circle.  Does DIY have her because if she does, then please pass Herk Bear onto Bumbo.  It seems she got quite ill after Mr Wong’s night and had to go to bed with a bucket!

Sarge then led us in the song.

Great food – chicken drumsticks and fried rice done in a huge wok on the BBQ.  Thank you, Squirrel, for a good evening.  I think that was Mr Squirrel manning the wok.

After the night-out last Friday at Mr Wong’s and those that went to The Shed, I’ve heard we are getting close to finding Fiona a name!

See you South of the River next week in Leeming.