DJs Run According to Squirrel 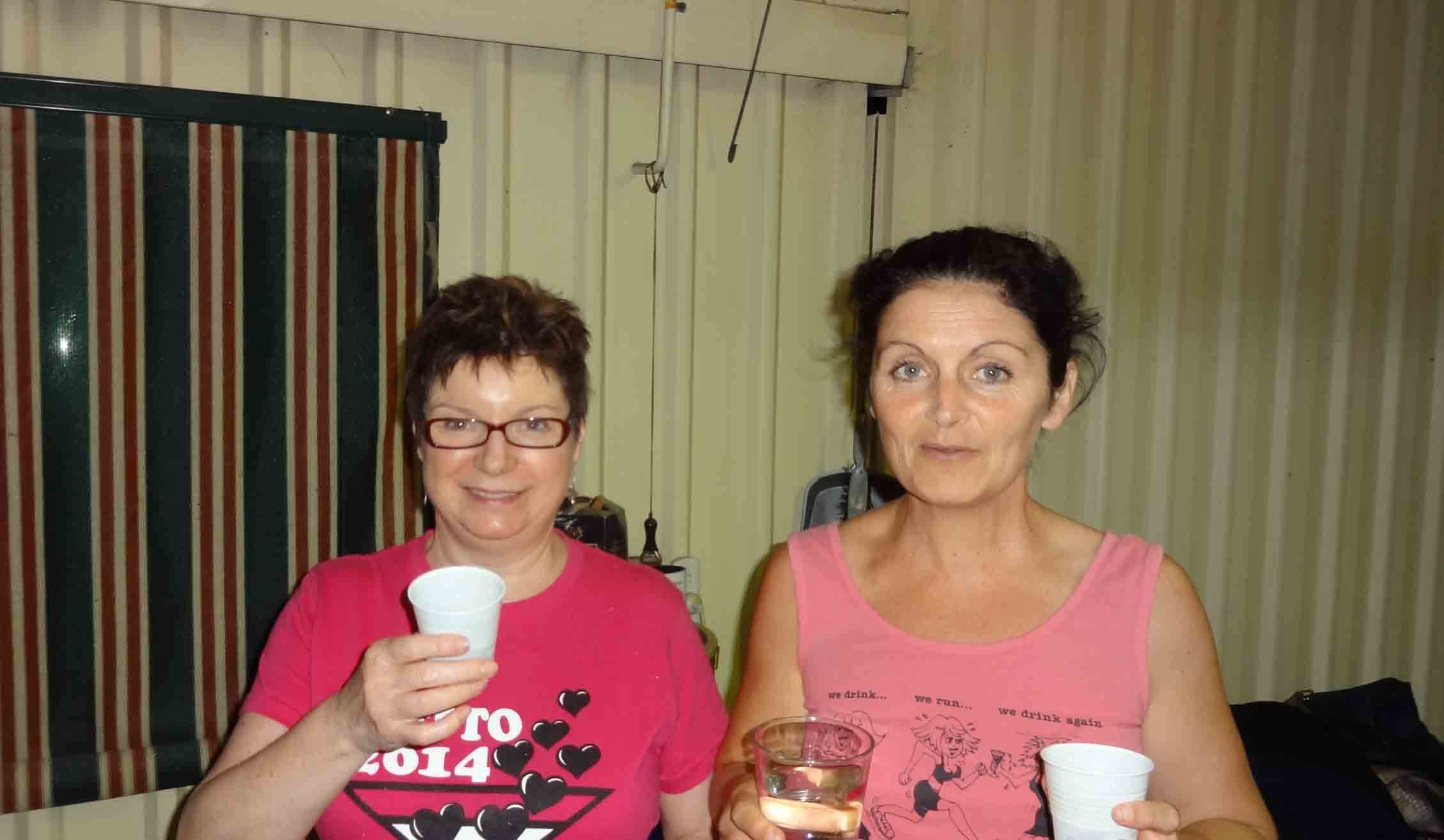 A great run/walk set by DJ and Mustang saw us all home safe and sound to the yard.  You wouldn’t recognize DJ’s place from the front as Donald and her have given it a very impressive facelift.

Our honourable GM was in good form and got a circle happening without fuss.

First for a down down, was our host and her co-hare, DJ and Mustang.

Next, was Diane who is a visitor and two blow-ins, Mac and Concord.   I saw Concord on the run giving cheek to everyone he passed.

It was nice to see some returnees.  Rumour has it that they have all been on holidays.  Welcome back to Dribble, Sphinx and Hot Stuff.

There were no new members or special runs to celebrate, so light on for cakes this week.  Thank goodness Show Off very graciously has her birthday at this time of year, so at least there was a lovely fruit cake to go around.  Show Off looking as young and radiant as always was sung Happy Birthday to by the Harriette choir.  Gee we sound great!

Bitchy Britches were hotly contended for this week with three nominations.  Occy wanted to charge someone for calling Concord a wanker, but that didn’t stand up as bitchy because everyone agreed.  GG wanted to charge DMD for calling her a bitch, but again – no argument.  Finally, Gorgeous to the rescue to charge Sam!!!!  Quiet, polite and ever so Subi-a-co’sh SAM!  Seems like Sam, put her foot right in her mouth when commenting on Gorgeous’ workman costume, stating that she though Gorgeous had a cushion up her shirt – when she didn’t….. oooh dear, now that was bitchy.

Droopy Boobs were kept by Tickets as she had come tonight without them, after thinking herself ever so clever!!!  She decided to leave them in the car so she wouldn’t forget them.  This from the blonde who rides to runs more than she drives!!!  You can’t be that good looking and clever.

General business was next, because the GM thinks that the crowd gets too rowdy after charges, so was keeping them till last.  This bit went a bit fast for my brain and hand coordination so I take no responsibility for the information being correct but here goes.

The circle was closed by the sweeeeet harmonies of the Harriettes.  Lucky neighbours.

Next run at my place in Ocean Reef.  Plenty of parking straight across the road from the house in the Ocean Reef Primary School staff carpark as well as plenty of road parking.

On on all, Squirrel.