Commando’s Run According to DJ 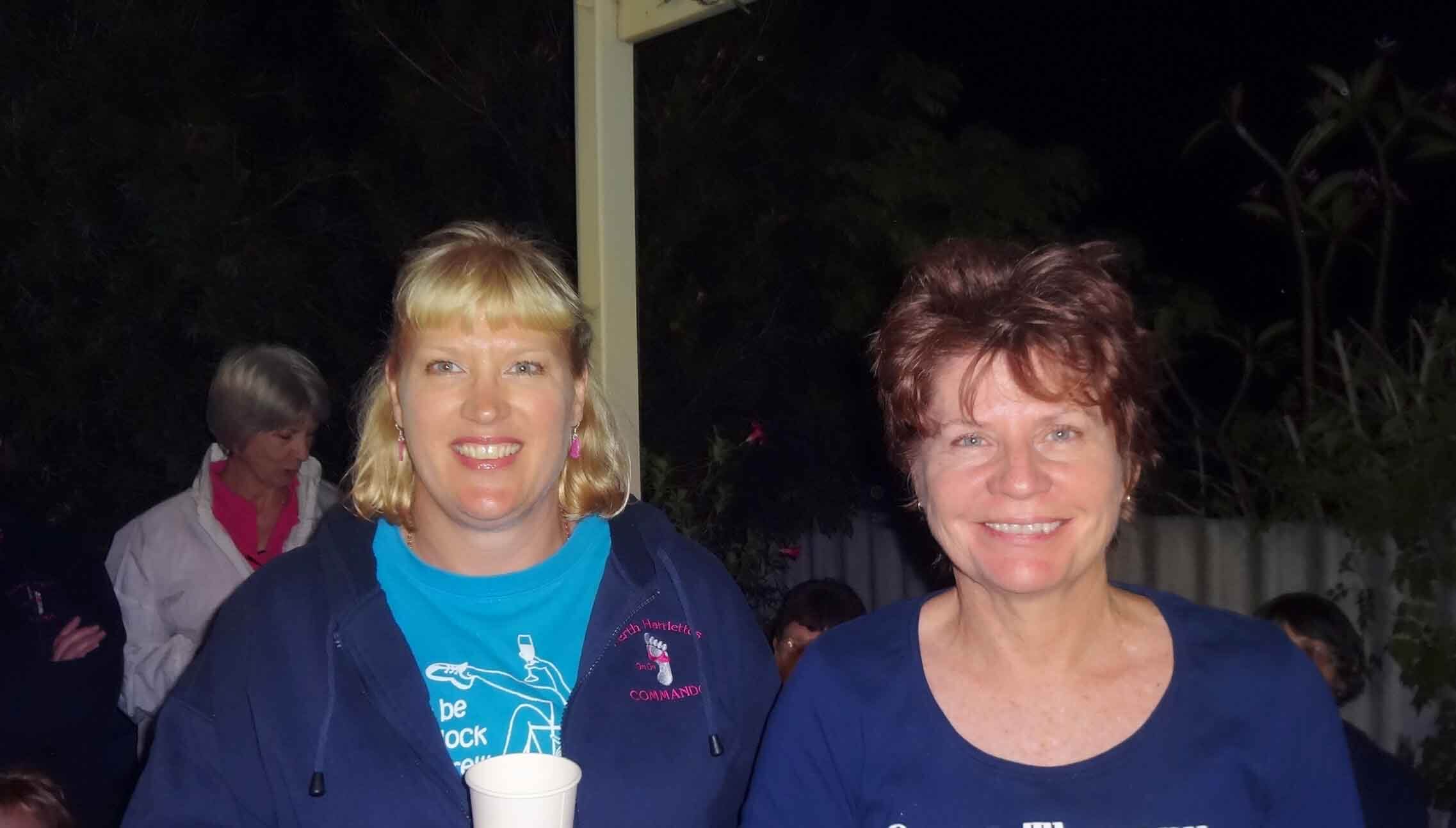 A beautiful autumn night for a 7km+ run.  Winding our way through Joondanna and Osborne Park area all the way up to the Ozzie Park Hotel with no takers on a drink stop to be found.  Then homeward bound, ending with a walk in the park, really!! Going uphill, working those gluts, all the way to the On Home.  The usual drinks, nibbles, chat, check all runners were back and then before you know it Wombat is blowing the horn as the GM has called circle.  Out first are the hares, Commando and Chops for a down down.  Great run girls!!

Returnee, Deaconess was duly welcomed home after four weeks away. Lucky girl off gallivanting, she should have shouted us a drink xx

Cookie was called out to celebrate her 1150 run
Home James for her 900th run.  A fabulous chair creation done by Cookie was presented and HJ tries to get special dispensation to sit in it now!!  No go.
Then we have Squirrel out for her 300th run and her gold foot.
Congratulations of such great achievements girls.  And the cake girls excelled. Seems HJ made her own cake so it was out the front for all cake makers, Seagull and Pumpkin joined her.

Bitchy Britches:
Deaconess had the Bitchy Britches (is that right? We did not have them for 4 weeks!!)  Anyway, Anyname made it a unanimous decision that Gossip Girl was the recipient.  She got everyone a real beauty April Fool’s day by posting her resignation as On Sec.  GG thanked all those that sent her beautiful emails offering support in her difficult decision.  Talk about sucked in.!!..

DMD handed the Droopy Boob over to Tickets.  Lone Ranger nominated Tickets for not knowing her Ph’s from her F’s.  I think a few thought that Loan Ranger should have got the BB’s because she started her story with “not sure if some of you oldies” would get her story of who sings “Happy”.

GM charged the talking girls – Roll On and Tickets.  Tickets says that the other girls around her should also be charged because they kept talking as well, telling her to shut up.  Occy charged Xena because she got Patrick to not only have the run from his house, do all the cooking and to set the run as well.  And to then top it off Occy left her socks at the run and they were returned to her freshly laundered and yep you guessed it by Patrick..  Occy was reverse charged because all this only indicated was that Xena was a very smart and lucky girl.

Fiona was called out for a naming, which again went in circles with some great stories but still a name could not be decided on.  All eyes will be on her at Mr Wong’s for her to do the wright thing and give us a naming opportunity.

Fiona, she who shall remain nameless, led us in song to close off circle and head for some yummy dinner.