Guide Dog’s Run According to Xena 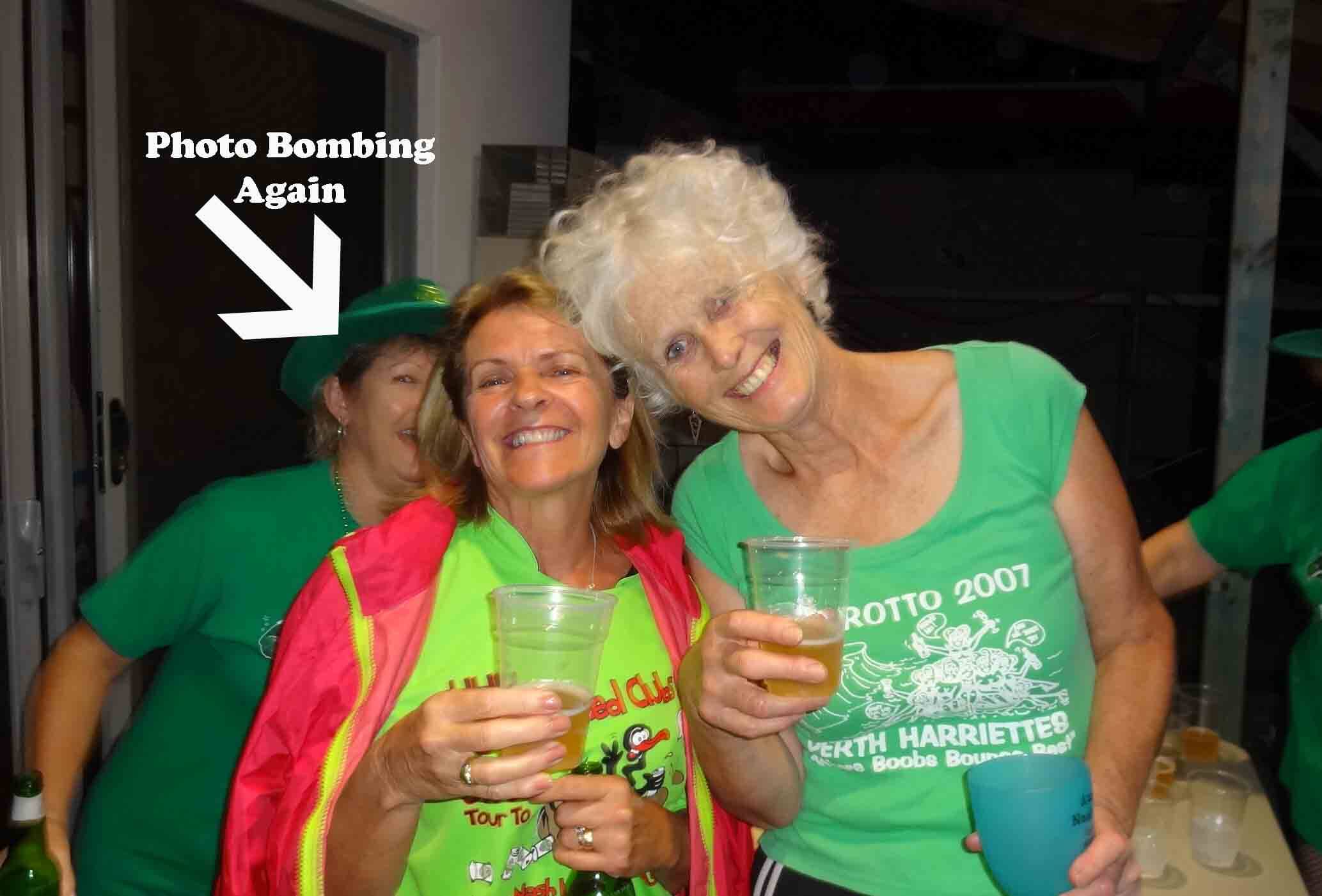 We all gathered out the front of Guide Dog’s constructions site…err….ummm …..house in our wonderful green St Pat’s attire and given the instructions from the Hare that the run would be short due to a hare, I mean hair cut!!!  (Killer Queen would be bravely shaving her gorgeous head of hair as part of the ‘World’s Greatest Shave 2014’.)  The pack set off on a glorious summer night through the seeming mountainous streets of Sorrento arriving back a little earlier than usual to prepare for the ‘BIG EVENT’!!!

Circle was called by our trusty On Sec GG who ably filled the GM role whilst Anyname was in China at Interhash trying to ensure that Kebab didn’t get arrested.  GG climbed the lofty heights of her podium that even included her very own stable table on which she could rest her wine goblet and declared that we all raise our glasses to the Irish!!

Visitors:
We had lots of visitors who had come along to support Killer Queen:
Kya, Renee, Dianne, Sheralee and Shirley

Returnees:
Hot Stuff was welcomed back after a long absence!  (and has since rejoined….welcome back!!!)

Bitchy Britches:
MIA, Rations has taken them to China!

Droopy Boobs:
Also believed to be in China

Naming:
A number of names were put forward for Fiona but none seemed to be the right ‘fit’….we will need to get her p****d and then she may slip up and do something really memorable!!

The Evening’s Event:
Killer Queen very eagerly positioned herself in readiness to have her locks shaved.  GG commenced proceedings  by removing the ponytail before a number of consultants to assessed the situation and a number of attempts were made to get the clippers clipping, then out of the pack Cookie stepped forward and cleared the ‘thick wood’ with some scissors to enable KQ’s friends to get to the ‘undergrowth’ with the clippers.  It wasn’t long before the number two clippers did their work and left a radiantly smiling KQ content in a job well done and over $1,000 raised for people with blood cancer!!

A well-deserved down down was polished off in double quick order!  We also were saying adieu to KQ who is heading to the East coast for further adventures!!