Palace Run (aka Tatts Run) According to Wombat 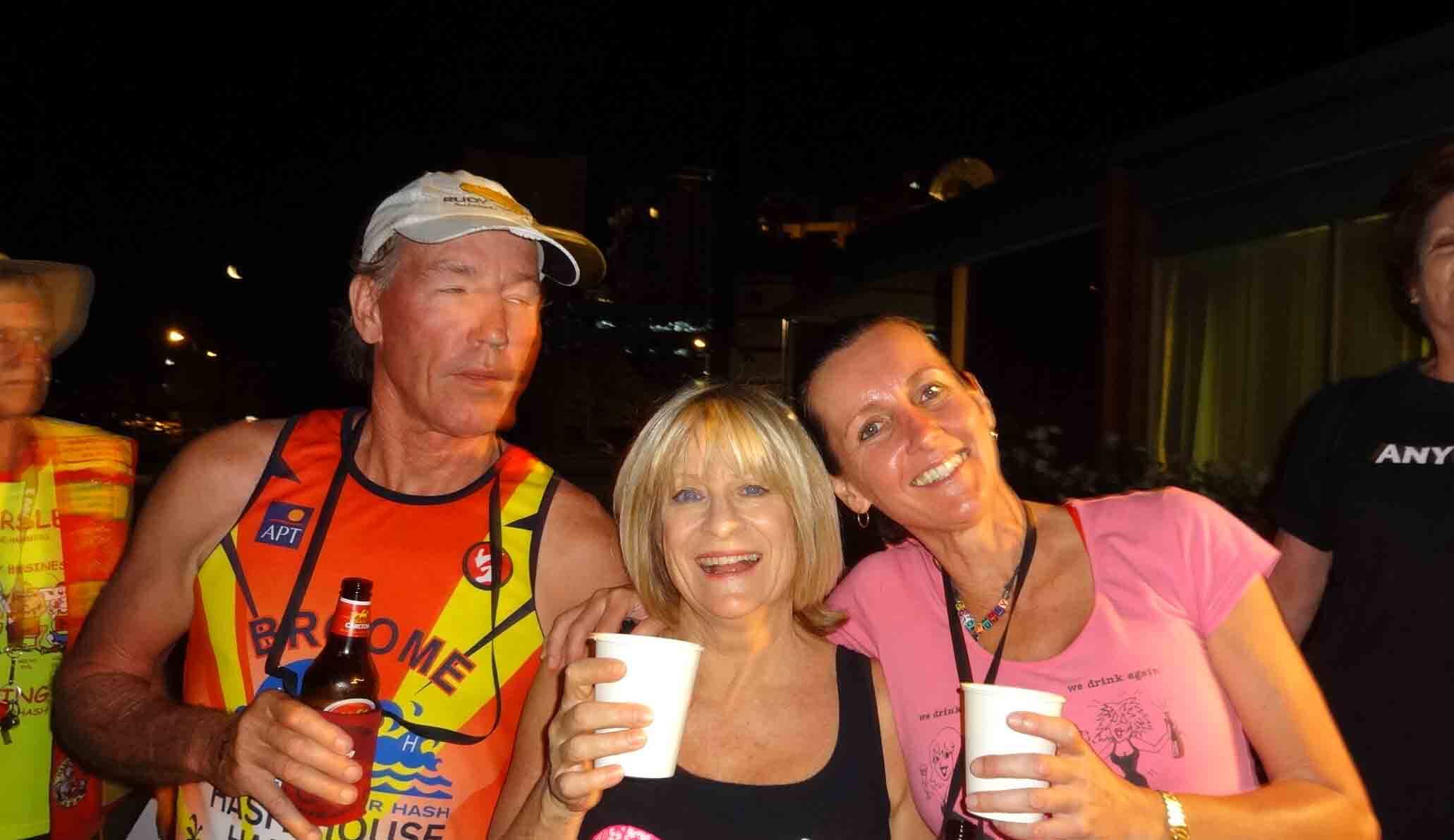 I just love great joint runs (especially if they are run by us Harriettes).  There’s always an air of camaraderie, frivolous banter and general ‘happy to see you’ greetings. Tonight was no different.

The call to ‘listen up’  fell on deaf ears as everyone tried to get the last bit of their conversation in before they had to continue conversing on the run/walk (which of course takes a bit more concentration for some :-)).  When everyone assembled, Concorde gave the instructions…. “It’s on chalk, it’s on flour, it’s everywhere and it’s onon that way now p#*s off” to which everyone laughed, cheered and took off.

It was a great run through hotels, shopping arcades, alleyways and train stations of East Perth to a drink stop….which confused the Hares as it had been relocated.

The Hares:  Tickets, Concorde and Occy copped a down down as the original place chosen also housed our friendly homeless people who thought all their dreams had come true…. a Soup Kitchen offering ‘ALCOHOL’.  But our courageous Harriettes, GM Anyname, Jewells and Gorgeous shoved everything back in the car and headed to a nice safe car-park which unbeknown to them was patrolled by Security Guards. As luck had it, they had packed away and cleaned up just in the knickers of time before the next check was made…..phew!!!!

The remainder of the run meandered through the city, Government House Gardens and back along Terrace Road to a well deserved drink and picks.  Great job Hares!!

The plan for a quick, funny circle was challenged again, as trying to get the group together was a feat in its self…. what a lot of story tellers, chatterers and gasbaggers we are haha!!!

Drawing of the Cray Raffle – first ticket drawn was greeted with a huge request for redraw as the winner already had crabs.  🙂

Our ‘Muddy Quillow’ was won by a very excited Show Off with the usual calls of ‘rigged’.

Sadly I missed the rest of the circle which sounded like lots of fun but everyone was looking very hungry and the chef needed a hand.

There will be a change of Host next year but we can be very proud of what we hand over.  It was a well organised, extremely enjoyable, everyone was fed & watered Tatts Run.