Wenchy’s Run according to Zip It 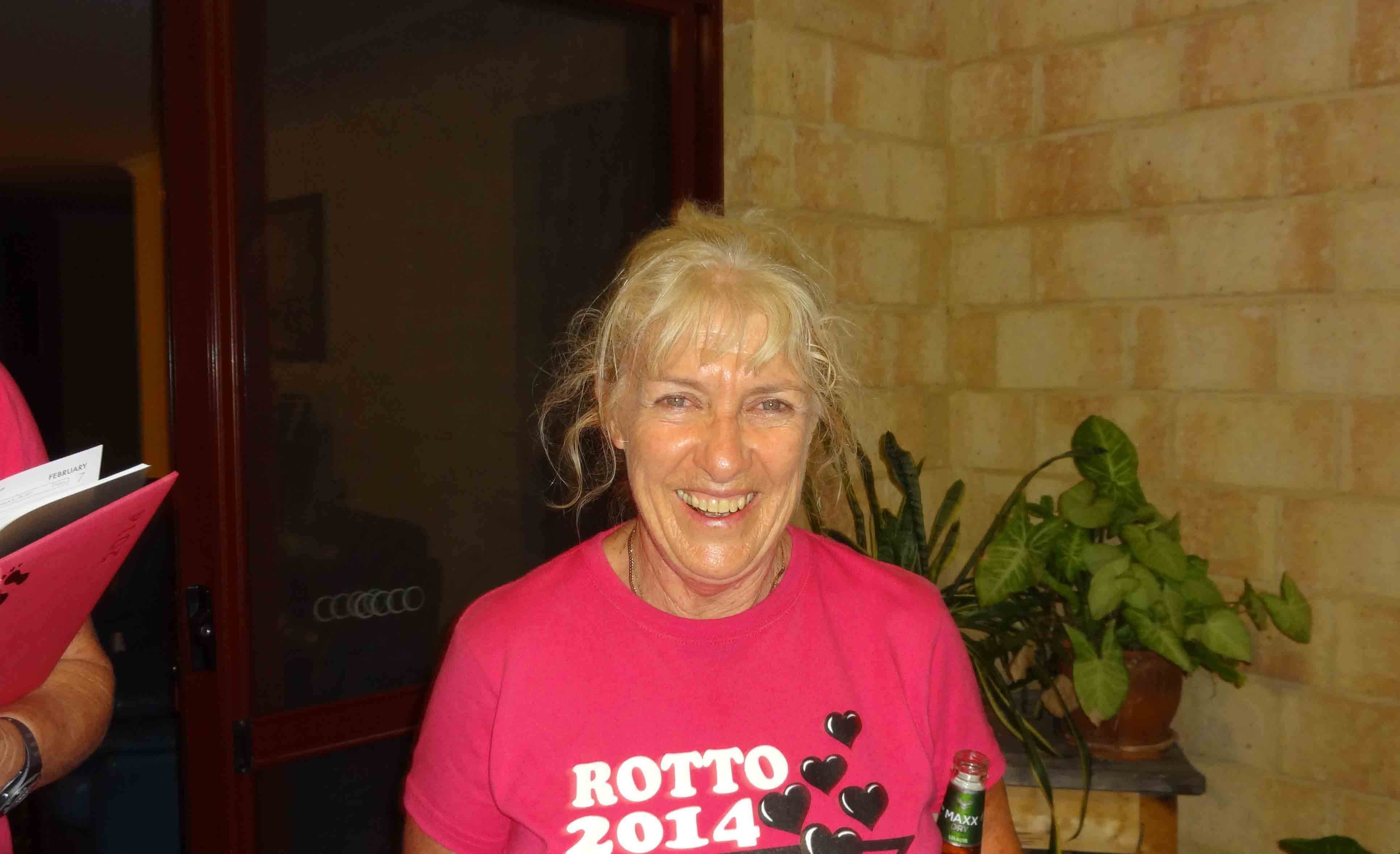 ‘Out the front’ was called, so the Harriettes in their Rotto shirts and Valentine’s Day dress gathered and listened while Anyname passed us over to Wenchy for the run instructions.

We had no horn or runners to lead the pack and find trail but on we went until the trail eluded us and was lost.  We searched and searched to no avail….oh well….back to Wenchy’s – thank God someone knew the way!!!!  Great run even if trail was lost.

CIRCLE was called and our hare Wenchy got a down down for setting the run.

Call Me who hasn’t been for a long time.  Puddles was called up by Anyname but had been two weeks before was given a down down for disrespecting the GM.

Gossip Girl for 100 runs, but wasn’t expected this week so she received a substitute silver foot in the form of a pull ring on a lovely pink ribbon, looked very ‘special’.

Super had new shoes last week and got away with it, but wanted to do a down down anyway, although drinking out of her shoe reminded her she still had sand from Rotto in them…..yuk!

Herk Bear was gladly handed over by Chop Suey to DIY for her performance on Rotto.  She wanted to know if she got anything for having diarrhoea……..Wenchy found a Pooh bear for her to loan.

Tickets passed on the bitchy britches to Rations who jumped in front of the splash car as they were parking in the driveway and was heard to say she wouldn’t have done that if she had realised Gorgeous was driving!

Rations forgot to bring the Droopy Boobs.  There was definitely a contender in Kebab who parked her car in the 15 minute loading zone at Hillarys, took her bags to the boat and then got on to go to Rotto and forgot about the unlocked car until she was halfway to Rotto.  Luckily her kids have a contingency for their mother’s behaviour and picked the car up without incident. Phew!

Circle was finished with Comet trying to sing our song!

Thanks Wenchy for the yummy feast of roast pork and lamb and vegies.