Sqota’s Run According to Super 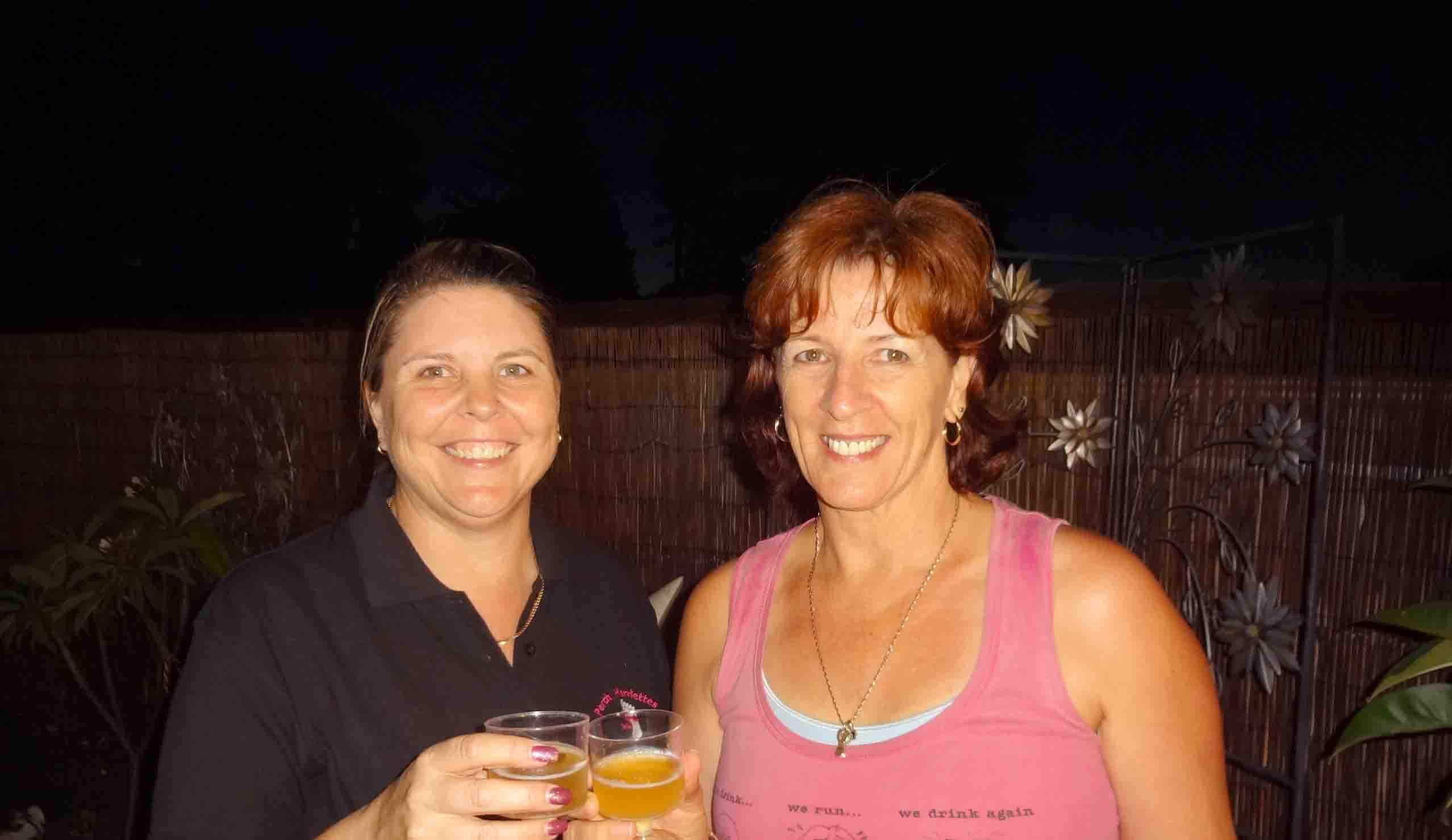 After an extremely hot weekend it turned out to be a most welcomed cooler night.  We we’re summoned out the front by Wombat’s talented horn blowing and once all had gathered Anyname called Sqota and her co hare Wombat for instructions.

It’s on chalk, on the path where there is a park, under the street lights and chalked on the right and the left.  The run set off down Cooper Street, left into Wylde and on to and over Camboon Road.  That’s the run for me …the slack one one !! According to the Harriettes……a well set run!!

CIRCLE
After a bit of organising from Cheapy as to where the committee should stand (so as to get the best photo) the circle got underway.

HARE / CO HARE: Sqota and Wombat get a down down for setting the run.

VISITORS:  As do visitors Silvio, Adam, Matt and Fiona.

Rations for her 169 runs so she gets to drink out of the dick.

Kebab for reaching 500 runs so she gets her 500 run badge, a fab pink ( or course) jacket and a cake…more about the cake later.

Leopard for her birthday last week …cake by Rambling

Comet….and cake by Arz About

And a very happy birthday to you all!!!

BITCHY BRITCHES:  Xena nominated Tickets because she said, “the cake Anyname made for Kebab will break her teeth”.

DROOPY BOOBS:  Two contenders Homie and Rations.  Homie’s lucky she’s on Committee….protected by the GM as all GMs should.  Rations gets them for not picking up her car for two days.

Sam on Suction for wearing a black lace skirt to hash.

Crafty on the seat breakers…Kebab, Show Off and Cheapy.

Back Seat on Jewell’s for falling into the rose bush…hic hic
NEW SHOES:  No No tried to escape the drink from her shoes charged by Tickets.

Killer Queen has but her hand up for The Worlds Greatest Shave between 13 – 16 March 2014.  To donate on line – http://www.worldsgreatestshave.com click on the heart, click on sponsor or shaver, type Rosie Bond and your on your way to supporting people with blood cancer or further research.  Alternately, KQ will take donations at hash Tuesdays nights.  If KQ doesn’t reach her mark she will colour her hair.  If she does reach her mark she will shave her head.  So come on girls lets get behind her so we can see her bald.

Great night, sausages and lovely salads thanks Sqota and an amazing crystal clear pool awaiting but not used.