Christmas Run According to Gossip Girl 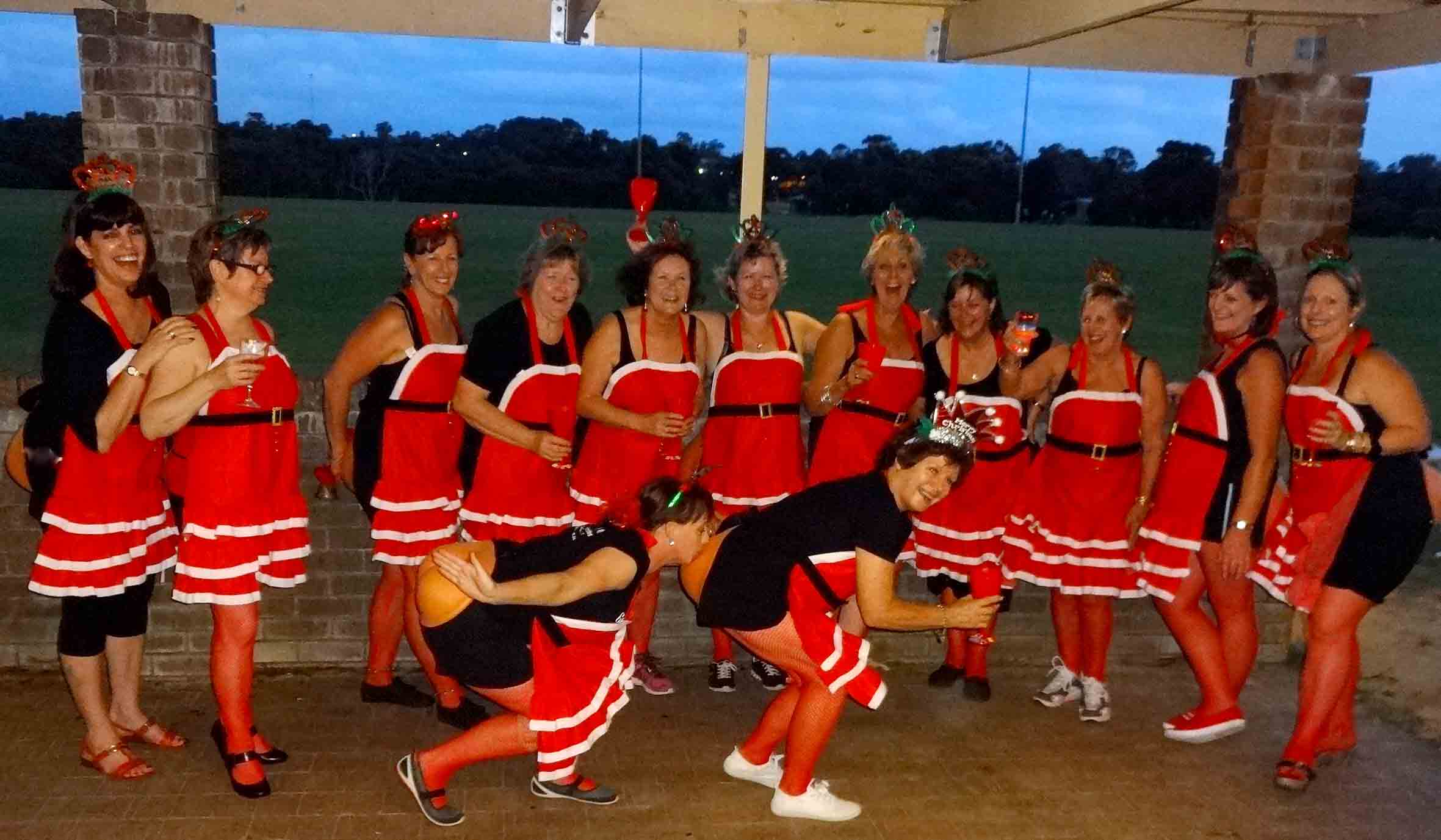 The Perth Harriettes 2013 Christmas party went off with a bang.   The night was a balmy summers evening, and the mozzies were trying to crash out party!

Many wonderful Santa’s helpers turned up in their  costumes of reindeer’s, naughty helpers and even a white Angel!!  (As if she is innocent – you know who you are).  The committee were dressed to the finery, with red aprons, bums, boobs and all.

Our traditional run around the oval was a shorty, lead by Shorty … because some serious drinking and consuming of a yummy food was awaiting.

Our Santa GM held a ‘quick’ circle, ha!!!!  We had to wait five minute for the silent auction to close for Muddy’s wonderful Quillow.

So Octopussy decided to hold court and tell a two minute joke about three black coal miners, who were Irish, gay and with a big pink cock.  Luckily this year, Gossip Girl had learnt sign and body language and could ‘sign’ out the actions of the joke.  (She needs a wee bit more practice).

The best thanks, hugs and kisses to Jam Tart who was the final bidder of Muddy’s Qwillow – your wonderful donation of $450 to the Melanoma WA will be sincerely appreciated.   We look forward to seeing you wrapped in your Quillow for years to come.

After 28 years, Ball Breaker finally made it to 400 runs!  Valiant effort and she was presented with a wonderful story board of her time at Hash for 28 years!!!!!  You can’t rush these things.

Comet did something bitchy… and she now wears the Bitchy britches, and Seagul wears the Droopy Boobs for finding a Christmas hat in the tree’s…

A delicious meal was consumed, and silly “Aussie Christmas BBQ” songs were sung by the committee.  The present giving was a bit of a mix up, because our trusty On Sec Gossip Girl could not count and everyone ended up with their own presents! Doh!  Back to school for her.

The music got cranked up and the dancing commenced.  The dance floor was overflowing with Harriettes jiving, jangling and pulling some smooth dance moves.

A big thanks to the committee for arranging a great party, great food, excellent dance tunes Cheapy and much laughter.

A fun, ho ho jolly Christmas Party it was.