Uncle Fester’s Memorial Run According to HJ (from Rocky City) 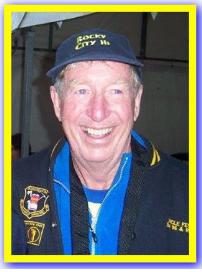 The following write-up is from HJ from Rocky City for those of you who couldn’t make Uncle Fester’s Memorial Run last Saturday and for those of you that did and can’t remember the day…because of the err….ummm heat…….

Firstly I must say what a lovely day it was when we all arrived at the Tatts club with a slight breeze blowing ……..”Nice here” we all commented and I think at that stage Uncle Fester must have sent us a sign because the heat turned up and I am sure he would have had a chuckle to himself “You are going to need some ICE lots of ICE”!!!!

The RCH3 Memorial T-shirts looked great on everybody and within an hour I think we had enough food to feed the whole army and maybe some of the air force as well!!  Rocky City Hash Hashers (RCH3) lent a hand to do anything from setting up food tables, blowing up balloons, setting up drinks, getting the sound system ready, taking the regos for the day, putting up photos, hanging the RCH3 banner and generally talking and drinking (just a little).

Within the next hour along came some of the fellow Hash Clubs who came from Albany, Bunbury, Kal, Boddington, Mandurah, Bullsbrook, Busselton, Freo, Perth Harriettes, Numbats, Hamersley, South of Perth and of course following them came Uncle Fester’s wife Recovery (welcome back!!!), daughter Janelle and husband Nathan along with two very close family friends to join in the Memorial Run.

After a few drinks and then a few more (because of the heat) it was time for the GM Thunder to call the run.  Baboon the hare let us know it would be an easy run (because of the heat) and of course Fester would have commented “Get out there you piss weak hashers and just do it”….and so we did.  Lots of camera flashes on the way and the girls getting the best shots………pole dancing, trying to get wet when ever they could (because of the heat) short cutters trying their best to do as least as they could with Baboon letting the runners know the best arrows to follow (because of the heat).  What a great run it was so much fun and laughter with Nathan showing he could be our next Marathon relay runner for sure.

Back to the Tatts and more drinks please and more drinks please and the bar staff were under the pump.  Now the heat was really on and not too much shade but it made it easier to drink more and it wasn’t long before the circle was called and it felt just a little cooler.  The GM Thunder opened with a very nice run down for The Cancer Foundation on behalf of Janelle who insisted that “All the Hashers out there need to go and have a free check for Colon Cancer ASAP” and that was very good advice.  Then the GM called on the family and friends to have their down down and they took them in true Uncle Fester style.  A selection of Hash Clubs gave their thoughts and memories of their much loved hashman, Uncle Fester and the laughter was a sign of just how infectious Uncle Fester really was.  Silver Fox showed moments of sadness followed by moments of laughter and so it went on each club from Hamersley, Bunbury, Busso Boys, Perth Harriettes, Freo to Bullsbrook and then on behalf of all RCH3, HJ (from Rocky) doing a spill of funny events that we could all remember along with the memory of what a prominent and dedicated RCH3 Hashman Uncle Fester was.  Uncle Fester’s mate Foreskin from Kal, gave us a real insight into just how close they were in Hash.  Foreskin and Buffy showing in real Hash style what Uncle Fester meant to them shouted us all a free down down for Uncle Fester. The jugs of beer flowed and the champagne filled the Harriettes glasses and the down downs for Fester feeling very at home now.  Foreskin led us in the Dingo song that Uncle Fester loved and the whole circle got involved and sang along.  The mood became very emotional when Gotabit played the Last Post followed by a minute’s silence and then onto Reveille……tears flowed along with the jugs and our memories fresh and clear.

The workers for RCH3 behind the scenes had the tucker ready to go and what a feast it was.  Uncle Fester would have loved those sausages mmmmm that’s Hash food.  More drinks and more food and so it went, then Foreskin set up the screen and the photos of Uncle Fester in Hash for many years were displayed for all to see.  What a special moment and what a night …..the party mood was set and in the name of Uncle Fester we had some fun. Thanks to those of our club who cleaned up and sorted out gear as the rest of us just went on and on and on and on to the Infinity Irish club until the wee hours of the morning………all in the name of Uncle Fester.

By the way there is another event that occurred while everyone was engrossed in the photos….the RCH3 banner got STOLEN AGAIN!!!!!!  I bet Fester had a laugh about that!!!

TO ALL THE SILENT WORKERS ON THE DAY THANK YOU SO MUCH.

PROUD TO BE A MEMBER OF A TOP CLUB RCH3, HJ (from Rocky)