Coaster’s Run According to Jewells & Kebab 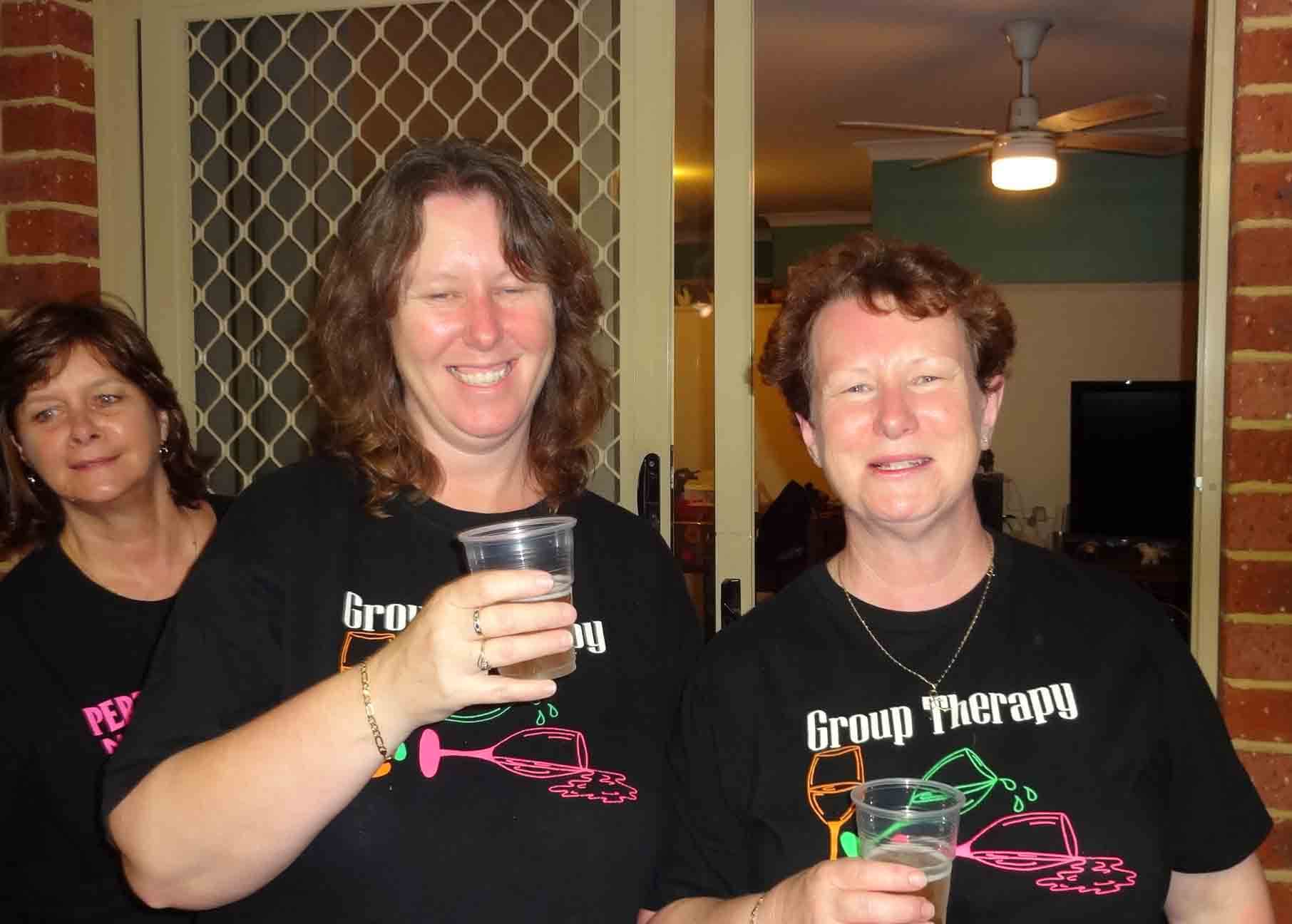 Coaster and Co-Hare Thrifty pointed us off in the right direction, we ran through Bluebum (sorry, Gossip Girl) Bluegum Road, Beechboro, across a couple of busy roads, through a shopping centre, where Cheapskate and Comet almost crashed into a car, yes – you heard right – the car stopped, they didn’t!!!

On On through the shopping centre despite a bit of confusion, but we found the trail, Wombat and Shorty keeping a close eye out for stragglers but the pack stayed well together on whole.  Well set trail and nice long (but not too long) run.

Circle was called and the GM thanked Coaster and Thrifty for a well set run and every agreed it was a good one!!  Down downs for the hare and co-hare!

Returnees:
A big welcome back to Octopussy, OTT, Xena, Rations, Zip It and OnHeat!

New Members:
Suction (also a member of Freo) but has moved north of the river and has joined us!  I think she saw what fun party girls we were in Bali!!  GM asked how she got her name but she wasn’t explaining… the mind boggles!!!  We’ll have to find that one out…

Special Runs:
Super celebrated her 369’er with a down down done in divine doodle style!

Bitchy Britches:
Jewels was nominated for saying “You are old and you can sit on the esky!” when in fact she had said “the esky is too old and you can’t sit on it!”

Cheapy nominated Comet who was overhead saying to Rations that “well no-one missed you!” when it was questioned whether Rations was in fact a Returnee or not… of course we missed her…. there was so much food leftover!!

Comet and Cheapy were nominated for walking into a stationary car! They responded that they were checking it’s muff… I mean muffler!!

Show Off charged Sarge after Sarge told her that her daughter Claire had taken her baby to the vet for its six week check up!

Gorgeous was charged because she said “Hi Puddles“ to Rations.

Kebab charged Harlequin and Splatter for the non-stop shrieks of laughter and fits of giggles over the mother/lover Sarge charge!

While they were up there BB presented Harlequin with harlequin pants that poor BB only dreamed of wearing!  Kebab was then charged for hinting that it was perhaps not BB’s style.. or something like that!

Circle closed with our song sung wonderfully by Octopussy.

Dinner was served by Coaster and Thrifty – scrumptious hamburgers and salad (beetroot and all!) and then we enjoyed the three birthday girl’s cakes!!