Melbourne Cup Run According to Coaster 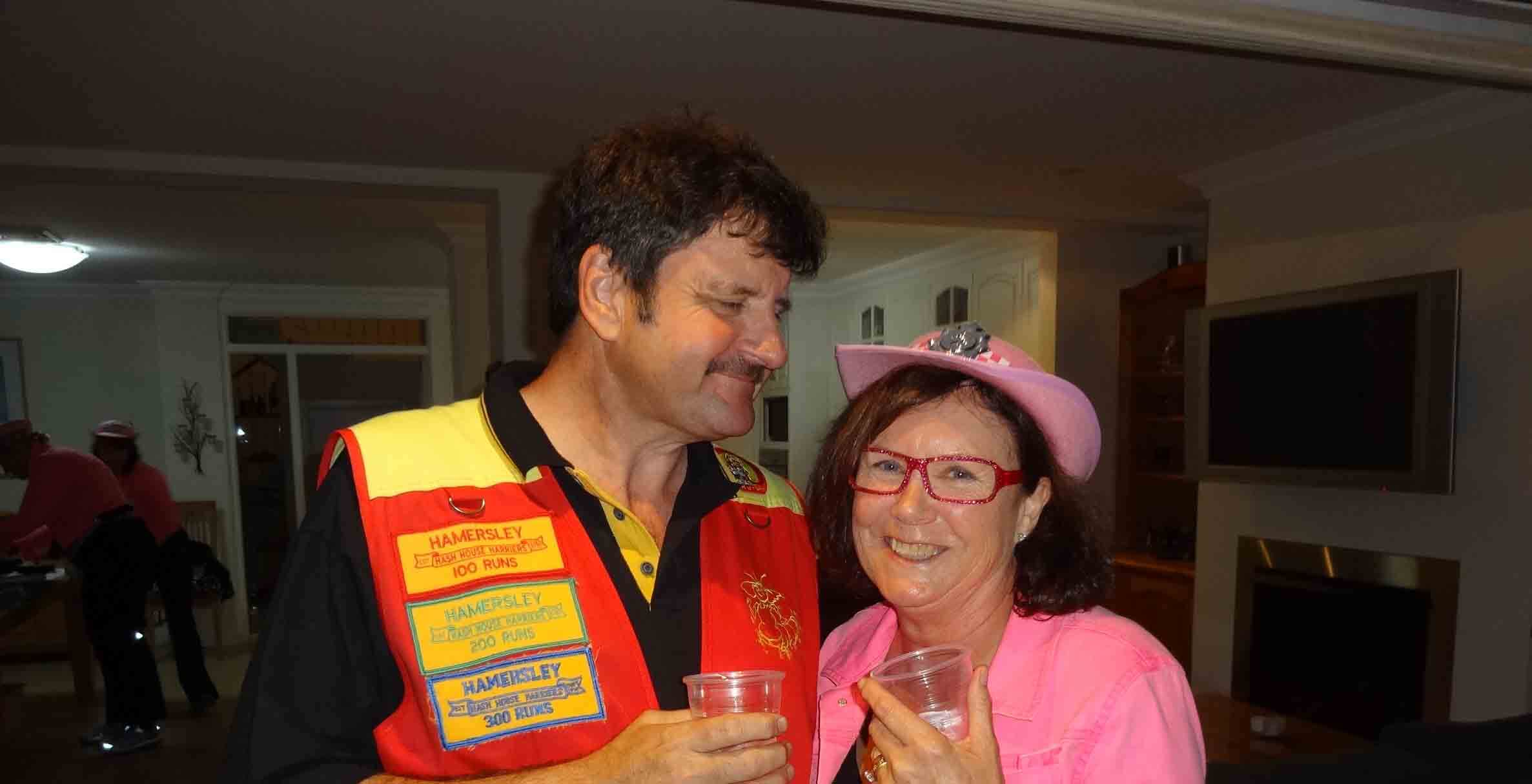 A smaller than usual crowd rocked up at Deaconess’ for the Melbourne Cup run, people must have had better offers or still partying from lunch.  Many dressed in their Whore finery, aiming to earn some money on the run!  Champagne and juice was served by committee then we gathered for chalk talk.  Deaconess sent us on our way down the road, a raggy looking group we were.  I cannot tell you much about the run as I piked out early due to injury with a few other lame ducks.

Co-hare Assassin was slaving over a hot BBQ cooking kangaroo and chorizo sausage for all the hungry whores.

Deaconess had the yard all ready for the racing and bookmaker Assassin was ready to take the suckers money.  One race was held before circle and dinner, participants in the races – haven’t a clue except Ricebowl and I bet on her and her horse and won!!  The only win at the Melbourne Cup I seem to manage.

Bitchy Britches:
Sarge – they were MIA due to dress up night

Droopy Boobs:
Cheapy managed to bring them despite it being dress up but were not passed on.

General Business:
There was quite a bit, but since its taken me three weeks to do the write up its all obsolete by now!

Charges:
Lost property from Thrifty’s run:  Stiffy, Wenchy and Freebie were all charged with losing their plot

Ballbreaker on Kebab
They met at shops looking for dress up for Whore night and Kebab told BB she should have a wardrobe full of Whore stuff!!

Showoff for saying Committee did not look very Whorey – they were the Whore police!

Dinner of lamb and rice, salad and chickpeas was served and devoured by the hungry whores who obviously were not full from kangaroo and chorizo sausage.

Another race was due to be run after dinner but the whores were finally full and ready to go home so the 2nd race was scratched.

An excellent night once again by hard working Deaconess and Assassin.