Tip’M’s Run according to Shorty 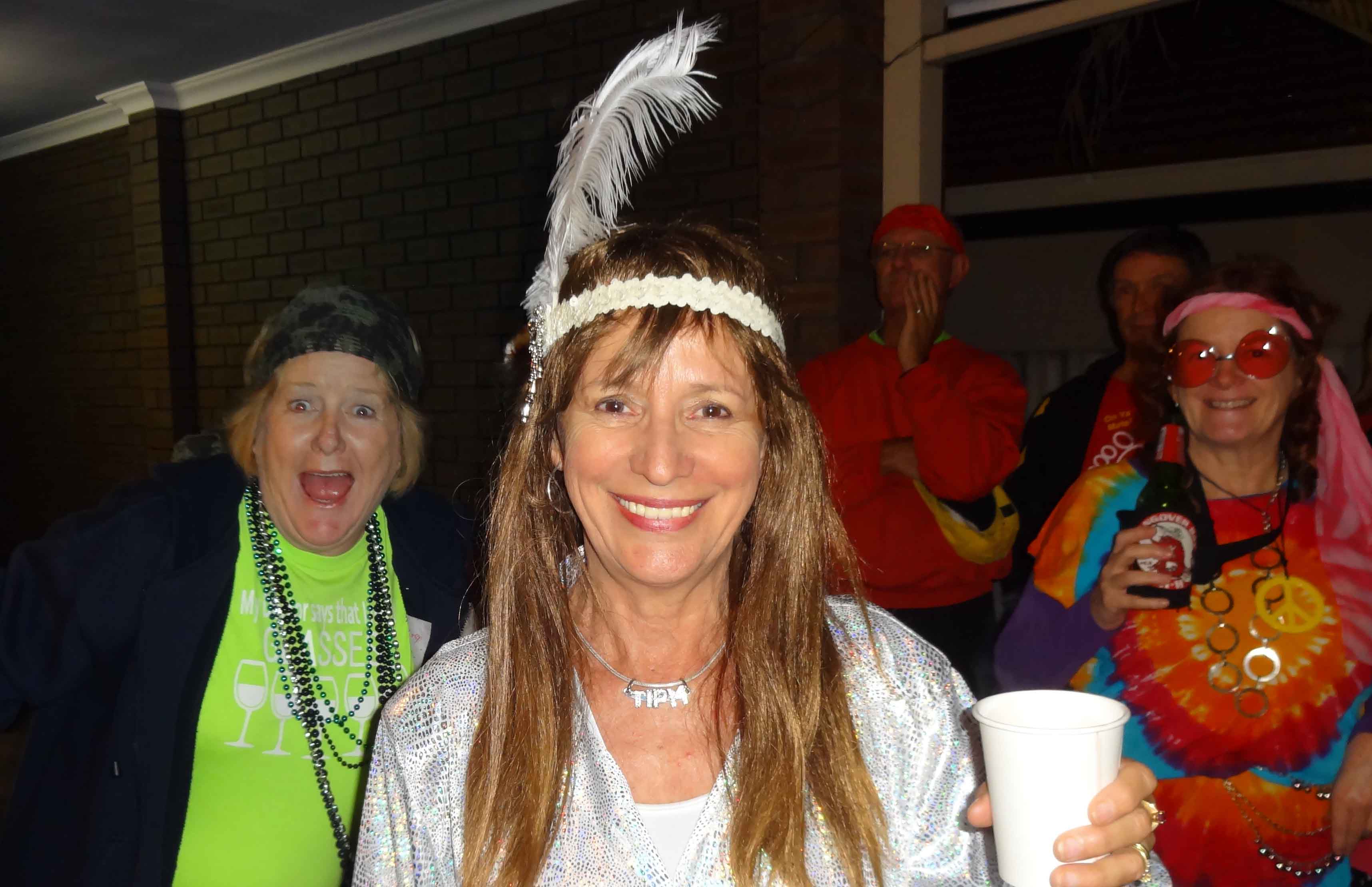 The hippies have come out of the woodwork tonight, along with a few Mods and Rockers for the 60’s (or is that 60th) party at Tip’M’s. A few visitors joined us tonight for the Noranda Meanda that set off when the GM was ready.  Rations and Squirt were out the front for most of the run with Buttless and Wombat close behind.  Coops and XYZ confined themselves to the drink stop along with Graeme and Jennifer.  A well set run that had most of the pack at the drink stop together.  The short stumble home from the drink stop was welcomed by all.  The locals thought we were an interesting bunch except for one couple who thought we were too loud – they obviously haven’t got a life!!!

Back to the groove pad with Gossip Girl was trying to prove herself a good On Sec – handing out annuals to those who missed out last week.  Lots of noise and chat that didn’t stop even when the GM called the circle!

Hares:  Tip’M and XYZ out for a drink.  Well done.

Visitors:  Lorraine, Mrs Slocumbe, Squirt, XYZ, Coops, Graeme and Jennifer out for a drink.  Welcome all!

Birthdays:  Half Cut, Gorgeous, Home James, Sam and Tip’M all got a little bit older but it meant there were lots of cakes for afters especially as Tip’M got two cakes – must have lots of friends.

Droopy Boobs:  Given to Gossip Girl as she left the most important person off the group email list – Anyname (the GM herself).  There were also stories of keys locked in the car!

Henrietta Herk Bear:  Will have to be found and relocated as Chop Suey apparently earned the right last week to host her.

Lost Property:  From last week Liberty’s halo which had been stolen rather than lost.

General Business:  The Hash City to Park run is on this Sunday (25 August) as an alternative to City to Surf.  Contact Wenchy for the details.

–  Kebab for self harming so she can keep checking out the hot security guards at Joondalup hospital.  Also for using the train to go south to get a lift north to hash and keeping Cheapy guessing where she actually was.

–  Cheapy for a number of errors in the annual – the worst of which was claiming a 91 year reign for the current committee.

–  Jam Tart for causing two riots – one when driving to the AGM last week then again at the Charles Hotel on Saturday (something about giving people the finger!)

Circle ended with Tip’M unsure of what song to sing but the massed choir got it right.

On On to next week