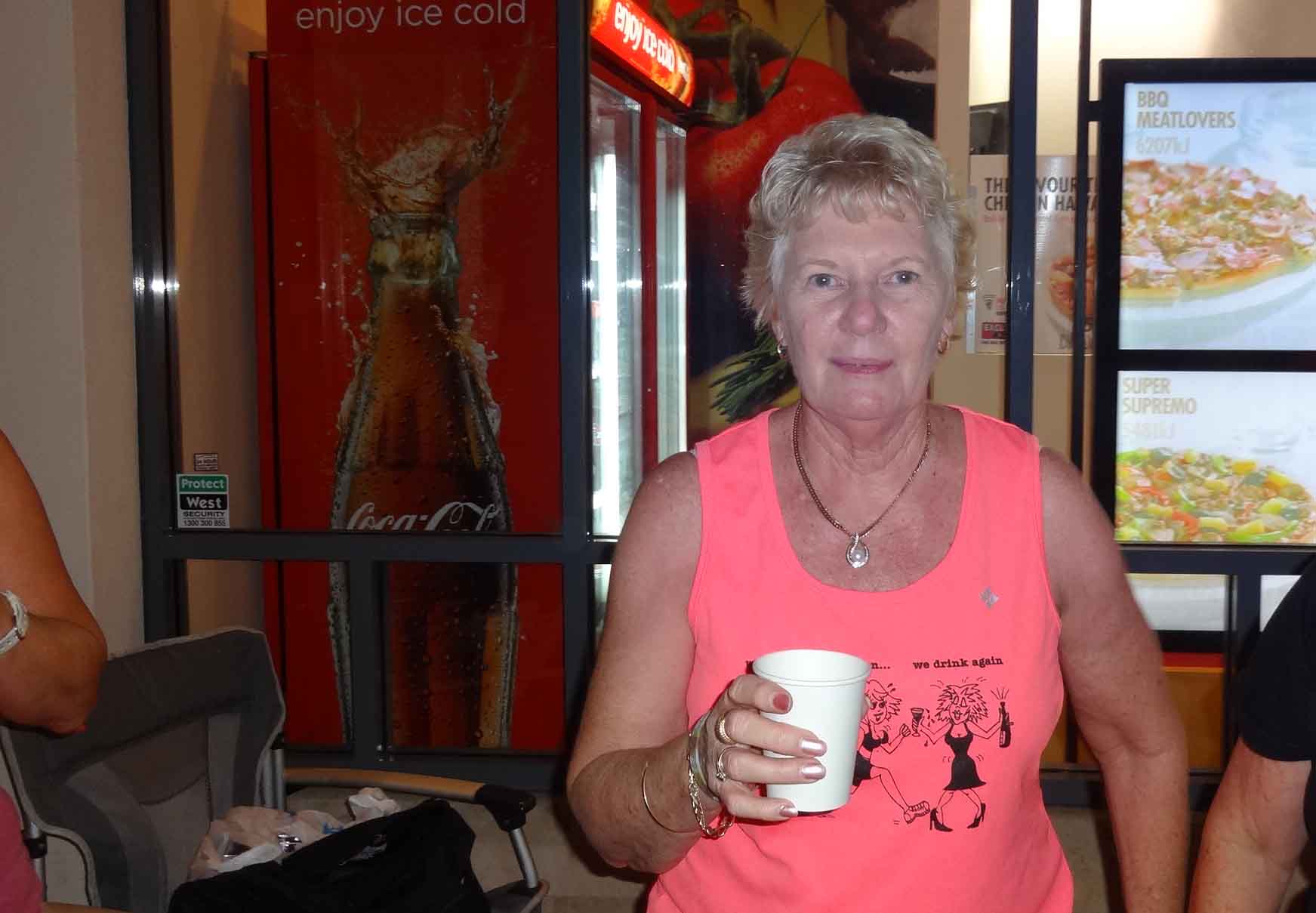 We took off from eagle boys in Kingsway.  The run was marked for walkers and runners and I think everyone was happy with that. Well done Super.

Matchbox brought a few friends this week; we had Ash, Irene and Lera. Returnees were Huskvana and Minder. Welcome back girls!

Shorty had no contenders for the bitchy britches so she was up for a drink. Droopy boobs went to roll on for locking herself out of her house and having everyone rearrange pick up and drivers to get to hash! What a numpty!

Lots of charges this week. The Harriette’s have been naughty girls!

Cookie was charged for leaving some kind of skimpy outfit behind! We don’t want to know the details. Squatter was up for butting in when the stand in GM was talking! Tut tut. But looks like Mary Poppins was the one to blame for Squatters misbehaviour so she was up for a drink. The girls were reminded this week to keep filling out the book to which OTT replied “what book”… some people are just a lost cause. Wenchy and Blew-He were thanked for their help at the 1800. BB was up for a drink for being bitchy, droopy and just generally being naughty during the circle. And finally Night Fill was charged for her flop cake. Flop as in a big fat flop ha-ha. But I sneaked a little piece and I thought it was delish!

ON ON to Roll On’s tonight, yes tonight. This is Lone Ranger here – I am writing the run because Roll On forgot to do it!