Mary Poppin’s Run according to Wombat 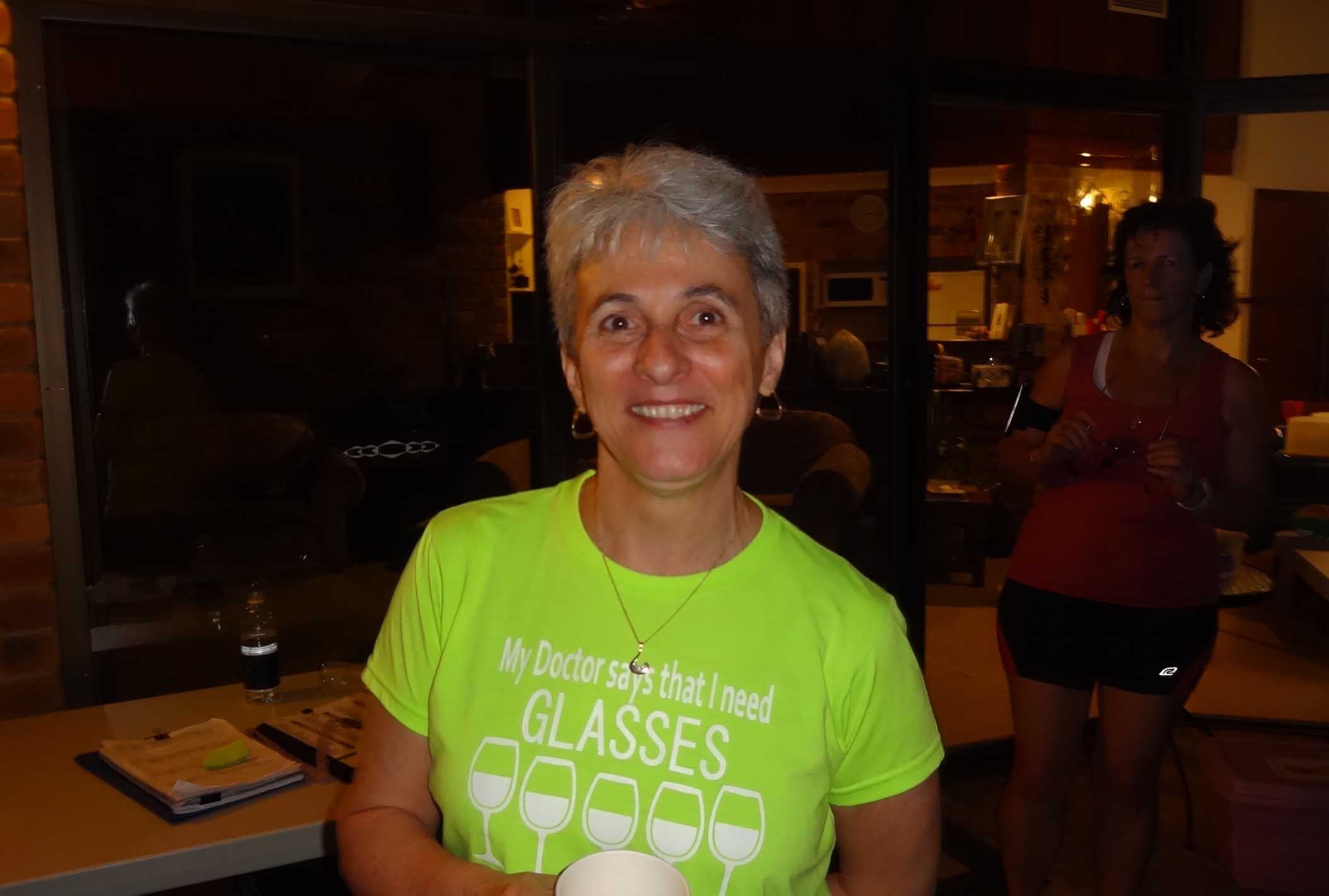 An extremely well set run took us up and down the steep, picturesque (when you weren’t too stuffed to appreciate it) suburb of Yokine.  If you drew a picture of the trail it would have looked like an Octopus so it was very fitting that Octopussy was one of the front runners with Rations (just back from a little bit of head surgery that didn’t slow her down one iota), Tickets (looking very fit and lean from her new health regime) and the wily Shorty (she can smell a false trail from a km away). The pack was kept very tight by the use of lots of false trails and if you were very clever you missed out on most of the hills. According to the measuring tape, if you ran every false trail you did 8km and most walkers would have done 4./5km with degree of difficulty ‘10’.  Back at the ranch we were treated to a drink of your choice, short circle, chicken and salad and an assortment of delicious cakes and lollies.  A run at Mary Poppins will generally always assure you of a beautiful view of the city and a yummy meal to end the night. We weren’t let down on either one. Terrific run Mary Poppins!!

BITCHY BRITCHES:  keeper Commando….really???? I don’t believe there were no Bitchies

DROOPY BOOS: keeper Puddles…….and even more surprised at no Droopies

Concord charged Tickets for only wanting to go down…the hills that is.

Tickets wanted to charge the RUDE chatterers but the GM won’t acknowledge and reward RUDENESS.

All the St Patrick’s Day dresser uppers were charged for being far too efficient.

OnOn to the 1800 SLUMBER PARTY