No No’s Run according to Arzy 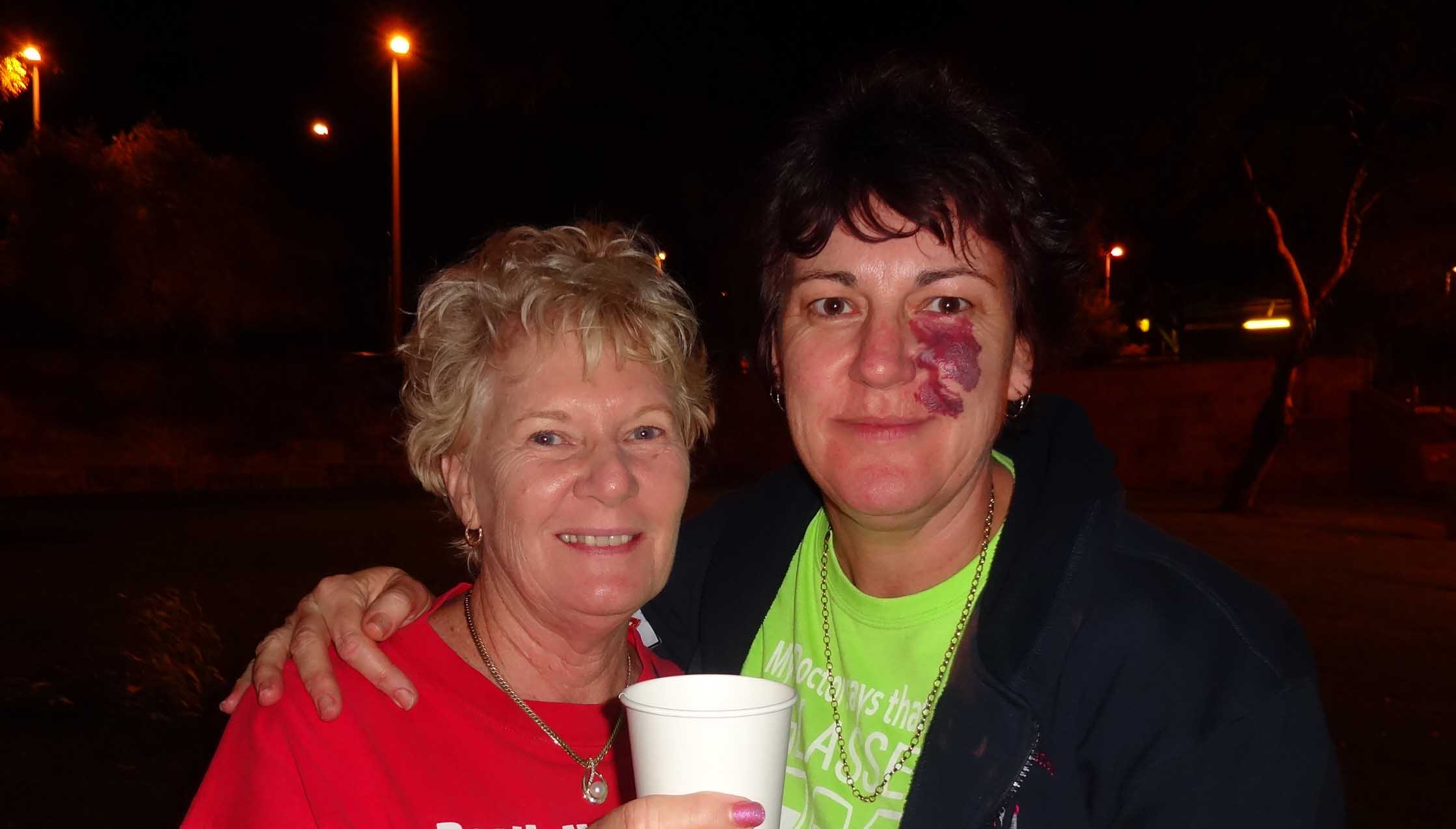 Hares: No No & Super

A great run set by No No and Super this week…even if it was in Joondalup! The trail was well marked, the views quite spectacular and the food delightfully cooked by two of No No’s sons who were heard to ask Mum if they were getting paid for helping out.

There was quite a crowd to welcome our visitors Sandy, Shaggy and Concorde, returnees Antsy, Jagger, Tickets and Eager Beaver AND new members Richeline, Sarah and Lori.

As well, there was quite a crowd of special runs and birthdays, there were 11 cakes in total!! If there were 44 harriettes that means ¼ cake each! Lucky we did all that running first, ha ha.

Commando got the bitchy’s for telling Gossip Girl that the cake she’d baked looked like shit, although it was a close run thing with Even Stevens who was heard to mention someone being slow on the run.

Jagger and Kebab got charged for talking, Jesse and his brother (Laurence?) got charged for cooking and for asking for wages from their own mother and then Super got charged for being a perve! (again, who’d a thunk it) Allegedly she had a sports bra to give away and came up to offer it to Wombat saying “I’ve been checking out everyone all night and you’ve got my boobs.” Next week be sure to check out Wombat and her new bra to see if boobs really do bounce best!