Lone Ranger’s Run according to Wombat 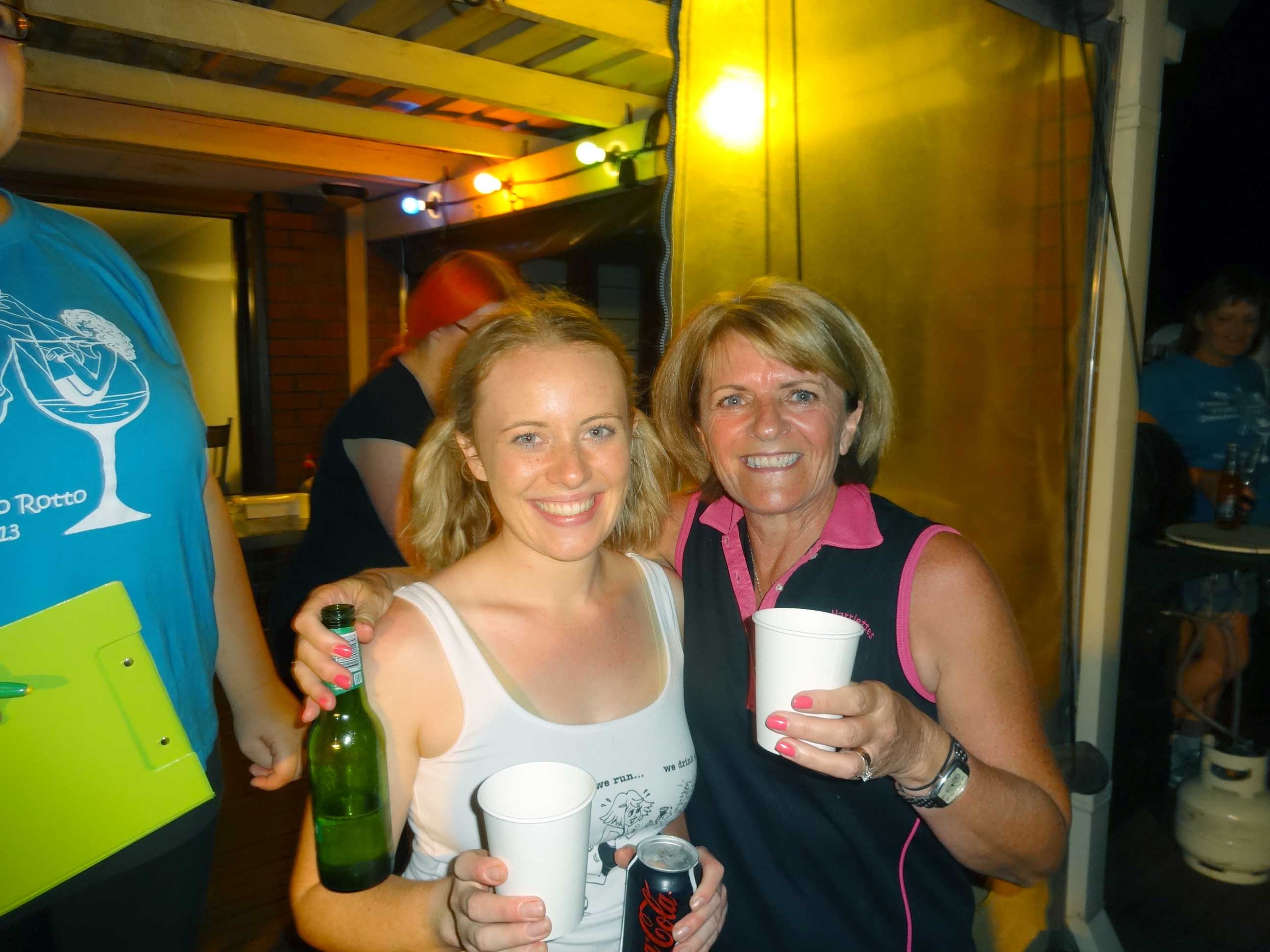 It was a warm night as we took off on a well set and hared run through Duncraig and Greenwood. The front runners set a fairly fast pace up along the Duncraig side of the freeway but the walkers were still up there as we clambered onto the walk bridge. A few train goers were startled by the tooting, huffing and puffing…..and that wasn’t the train – that was me, as we ran over the bridge and through the station. The trail carried on up alongside Hepburn Ave and into Greenwood. The Hares were doing a wonderful job and the ‘little one’ was having a great time calling OnOn from his pram and making sure everyone was following. He’s way toooo cute!!! The false trails were long and sometimes just faded off into nothing which kept the pack nicely together. The trail meandered back down the freeway, over the foot bridge near Warwick Road, through Glengarry Park and On Home to a much needed and deserved drink. I’m getting thirsty just writing the story.

VISITORS:  We present with Halfcut & from Singapore: Singaporn and Cokehead (who with a bit of luck will be staying with us Harriettes), Matchbox’s lover – Ash and the (shocking teacher) Jewells’ mate: Karen**

NEW MEMBERS:  **Karen joined us house mates and with the speed of lightning GG charges her for drinking her wine instead of the splash and ‘viola’ she was named ‘Rulette’

SPECIAL RUNS:  Banger had a down down for FINALLY getting her Gold Foot. Congrats Banger!!!

BIRTHDAYS:  Xena was 22 (again and again and again) and our wonderful Guide Dog who seems to have lost her way for a few weeks now.

BITCHY BRITCHES:  Seagul nominated Leopard but had it reversed then Freebie charged Roly Poly oooops!!, she meant her very dear Mum, Roll On, for doing an amazing job as Director of important Hash business – getting the night off and running. Wow!!! Freebie!! Really??? ROLY POLY!?!…..you deserve them britches. Wear them well. Although I did see later your step-son modelling them. Probably not the first time a set of bat and balls have been in them…haha!!!

DROOPY BOOS: After much debate it was decided no one knew who in the hell had them and they are MIA

Anyname charged Wombat for making her think she was going around the bend. Sorry Anyname but I’d like to thank DJ who really did do the Angel’s deed of looking after my towel and returning it to me… washed & pressed.

Lone Ranger was charged for ignoring the ‘Little One’. How could you possibly do that??? Just cause in the dark he mistook you for your Mum!!! I’d take heart with that RollOn

Sam charged GG for suggesting that there wouldn’t be many size 10s in the club. But don’t you agree we’d all be 10/10….

Jagger’s brother’s funeral will be this Monday. If you can possibly go and support our dear mate please do so.

Sarge’s lost property – Tutti Fruitti out for a drink

Cheapy relayed a message from Kebab, Firefly and Deaconess who were squished into a telephone box in New Zealand. She did a great job of the slurring, giggling and general drunken behaviour from the ‘Wandering Trio’.

Everyone launched into song then the usual crazy rush for the food was had. Mind you, the food was really worth rushing for…. yummy rice and salad. Well done on a great run and delicious food Lone Ranger, Roll On and ‘Little One’.