Occy & Rations Run according to Pumpkin 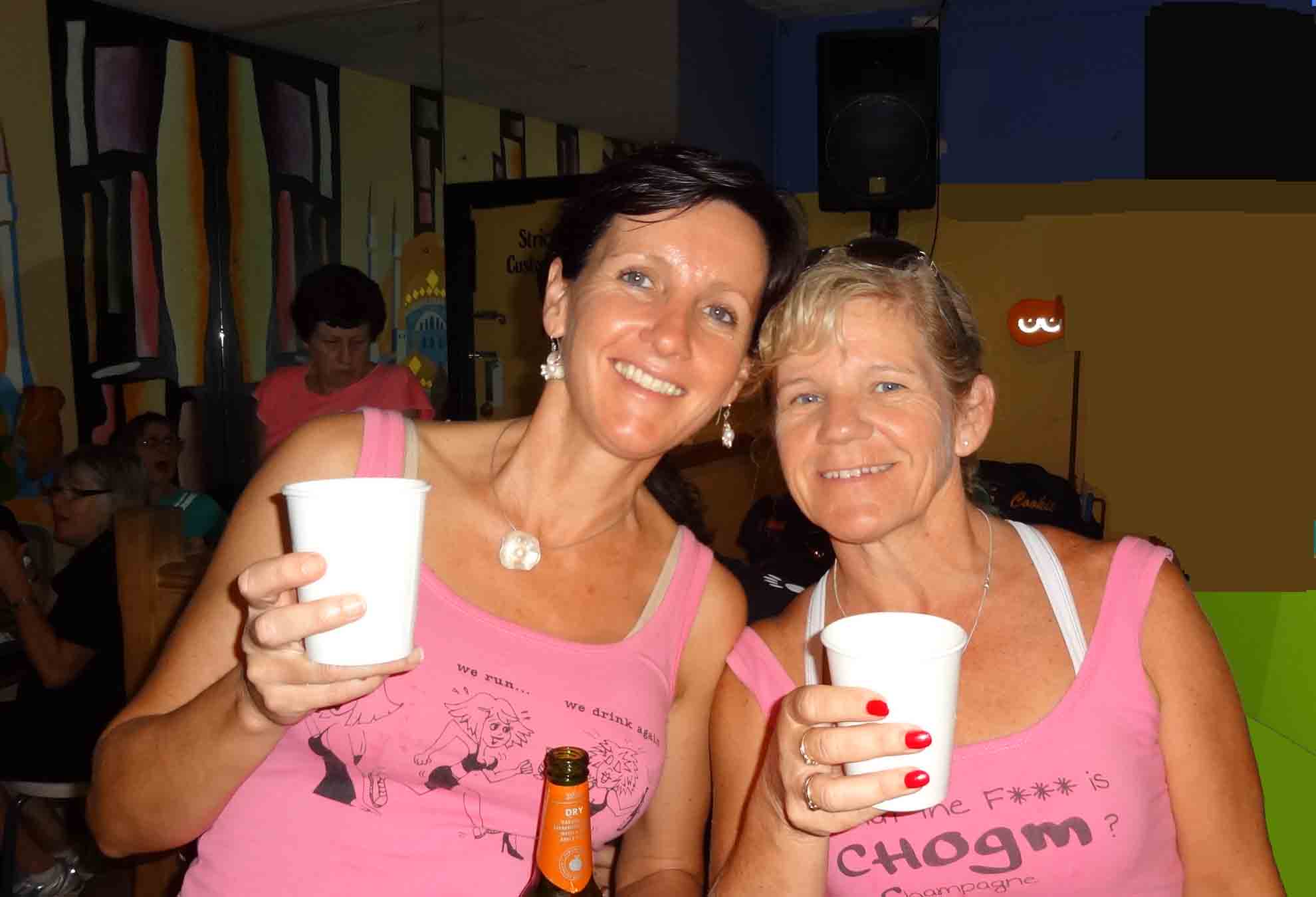 THE RUN:      The weather looked a bit threatening in the afternoon but as the Gods usually smile on us, it cleared in time for our run. And what a terrific run and night we were treated to. We left the yummy smell of Istanbul Kebab shop in Lake St and wound our way through the streets of Northbridge, over the bridges (No!! not Coaster), across the railway line and up the steep roads of West Perth to a drink stop at the Look Out in Kings Park. How beautiful was it? So thanks to Rations and Occy for the delicious refreshments and reminder of what a beautiful city we really do have. It was OnOn back through the park, over the freeway and up St George’s Tce to William St. The office workers had all gone home so we had the streets to ourselves…..although some of the pubs appeared pretty busy, even without us???? Soooooo, Perth can survive without us Hashers living in the pubs….mmmmm!!!! That was a sad realisation. I always figured we held the economy afloat…..literally!!  We continued on over the Horseshoe Bridge to the Night Treats in the Library Square. We got a firsthand look at some of the productions for the Fringe World Festival. There were Mermen a swimming, Funny men a funning and a few drunk men a staggering. But we managed to break away from their alluring ways and it was OnOn Home down James St to heaps of fun and frivolity of our own. I was hot, sweaty, thirsty and damn hungry. My cider and kebab were sensational…how was yours????.

HARES:       The amazing Rations and Octopussy

SPECIAL RUNS:  None and neither the shirt, bag nor gold foot were not ready for presentation….damn it

BIRTHDAYS:  No cake for us tonight….think of the waist line

69ers: Tutti Fruitti did us Harriettes proud….swallowed it all. Congrats!!!!

BITCHY BRITCHES:  More like pass the parcel and as with most games no one really knows exactly what happened and who was telling the truth. Kebab started, Sarge told a couple of dubious tales but the winner was Aunty Val. Something about creative bike riding skills having had 50 years of practise…..or so the story has it.

DROOPY BOOBS: Obviously Freebie is using them to boost her wonder bra or entertain her handsome young man…either way, Freebie, they really aren’t free and we’d like them back before they are worn out  hehe!!

Kebab charged Anyname and Dribble for trying to make everyone crankier at Crankers by stuffing raw chicken wings down their throats.

Leopard charged Kebab but it was reversed as we all know who really has a problem with time.

Deaconess charged Puddles for just coming to our run for the free booze. Rocky City makes you pay for it….now there’s an idea mmmm!!!

Xena charged Kebab for the ultimate wrong doing….NO GLASS in HAND for a PHOTO…punishable by having to drink the splash. Kebab actually enjoyed the punishment and went back for more.

Gossip Girl charged Sarge for something every true Hash woman does…..Googles the Doodles

Occy charged Lone Ranger for being a dark horse.

Cheapy charged Occy for….and this is where my fantastic helper Thrifty lost her way. She had NFI

Then Puddles and Kebab got bored and buggered off to the eskies for a refill.

So our Illustrious GM called for everyone to shut up, pay up (their subs) and then sing up (our club song).

Thank you to Thrifty who took the minutes for me and Anyname for looking after me. She picked up my stinky towel, took it home and washed it……thanks MUM   (and I hope they are nicer tasting chocolates than the ones I took to Rotto ).