Sqota’s Run according to Occy 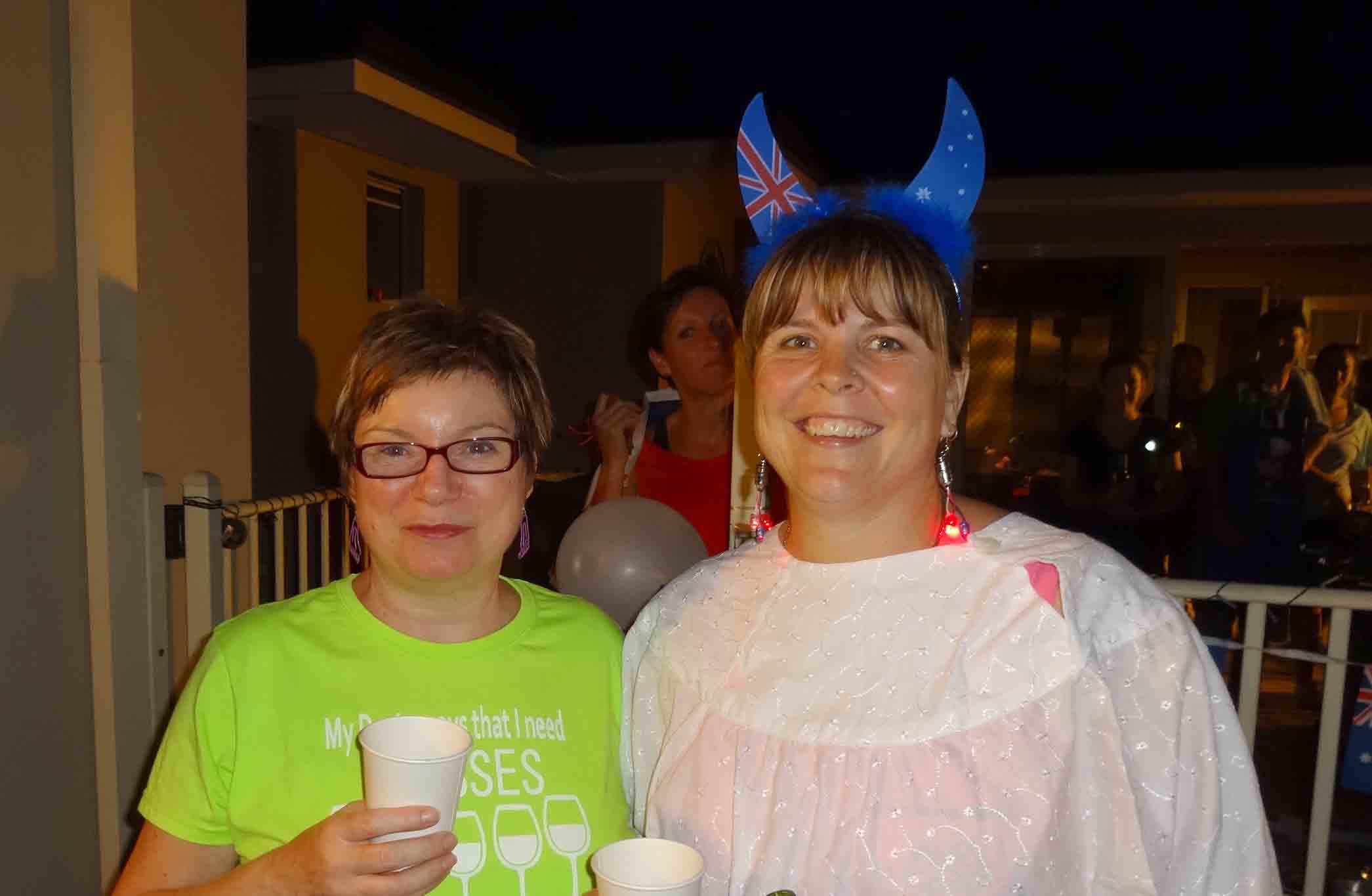 Run number 1792 – our Australia Day run – on 29 January was Sqota’s Virgin Run and what a great job she did. Assisted by DJ, she set a jolly romp through the streets of Morley (albeit on coloured chalk that the visually challenged front runners couldn’t see) and bless her cotton socks there wasn’t time for cricket at the oval. So the large group of patriotically garbed Harriettes ambled back to Sqota’s place for a lengthy social chit chat while Rotto goers and BrisVagas haberdash buyers handed out money and tried on cute pink jackets.

Finally the circle was called with Anyname standing in for our poorly GM Comet who had been delivering technicolour yawns all Australia Day weekend. Anyname called the visitors Stacey (Sqota’s daughter) and Jess (Stacey’s friend) out for a drink.

We had three special runs. Firstly Banger was called out for achieving 300 runs. The gold feet were not ready so she had to settle with a splendid cake baked by Oasis (her Mum). Then Coaster was congratulated for 700 runs and Shorty for 800 runs. Once again, no gold feet but lots of cake.

Aunty Val was presented with a beautiful cake covered with frangipani’s for her birthday. It also had trick relightable candles which didn’t trick our Aunty Val. She squeezed them out with her fingers!

Next Occy who was undeservedly wearing the bitchy britches was called up to make her case to offload them to someone who really did deserve them. Occy, who is always nice to everyone, had previously told Kebab how clever she was to put size labels on her BrisVagas pink jackets, to which Kebab had quite nastily replied that it was because she was dealing with a bunch of blind women. So quite rightly the bitches were passed to Kebab. What a bitch, what a bitch, what a bitch, bitch, bitch. LOL.

The current holder of the Droopy Boobs, Lone Ranger, was not present but Occy requested that Gorgeous be charged at this point anyway. Earlier, seeing Occy wearing the Bitchy Britches, Gorgeous had approached her and asked whether she had any contenders for the Droopy Boobs. You can’t blame eyesight for this one Gorgeous. It was just a B.I.M.B.O. moment.

Anyname called for other charges and Chop Suey had a down down for forgetting the GM’s name. Squirrel was given a charge for having difficulty drinking out of her drink bottle. She was tipping it up not realising it had a straw. Backseat was charged with thinking the white nylon fluff on Super’s hat was her real hair (droopy, bitchy or both??). Shorty was charged with hoeing into the food while the circle was still going, and finally Sqota’s husband was charged with being her kitchen bitch.

At the close of the circle the Harriettes hustled to line up for a feast of Aussie cuisine… meat pies, sausage rolls, white rolls, mini burgers, mini sausages in rolls, vegemite sandwiches violet crumbles and the like. Health food of a nation!