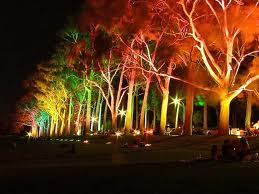 A small crowd gathered on a rather hot evening in Kings Park for the annual PHHH & H4 after Christmas run. We were called to order by Screwy and told that it was going to be hot and so if we wanted a drink to stay on trail. On On down a sandy bush track, through the scrub (scared stiff a snake and I mean real one would slither out at any time) and onto paved path….yay!!! We wound our way through the warm bushland and then much to everyone’s surprise we were on over Thomas St into Subiaco.   Now it was mentioned in the circle that it was a Kings Park run and not a Subiaco run but I wanted the drink stop so, on trail I stayed. Wimpy (H4) got an extra drink in the circle because he did his own Kings Park run. The run which was very well set took us through all the little lane ways in Subiaco. One Grumpy Old Man was less than hospitable about us making some noise but we were soon down another lane way and out of his sight (and hearing)…thank goodness. We were certainly working up a nice sweat and preparing ourselves for that drink stop when voila!!! There it was like an oasis in the desert. We were served yummy cold Screwdrivers (with less than 1% alcohol they assured us) while we stood on the cool grass with a gentle breeze cooling us off. Then the weather started to quickly change so the bugger off that way call went out. It was a straight run/ jog/ walk home where we continued to eat, drink and have a Hashing great time.

No GM so Screwy, Buttless and Mr Wong (the Hares) ran the circle and did a good job I might add. Traditions were reclaimed and broken….They reclaimed the Kings Park Run (not that wousy beach run they’ve had for the past few years) and invited SOPH to join in the festivities.

Double D’s daughters-in-law from California Liana and Sheena, Twin Tub (Kalgoorlie), Rosa (Borneo), Ghost (Screwy’s dad) and Wanker were all given a down down.

Reps from each club were given a down down and the circle was handed over to the RA Mr Wong.

CHARGES      The ice saw the following a-holes on it:

Wimpy doing his own run

Twin Tub and Rosa for their so called love affair

Voodoo as the longest running Hasher there tonight, although our very own Deaconess was only 6 months after him….Wow You look far better than he did….hehe!!!

Gasman for being a Hash slut (someone who turns up at any Hash run so they can drink the beer) Over heard saying that there might be some Harriettes who fit into that category was our lovely, sweet Deaconess….oooo Bitchy or what? Can we charge her next week?

Wimpy had his charge on Screwy, for not putting enough fuel in the generator, reversed.

Steamer charged the Harriettes for not supplying any cake…. Rations went out, had a whisper in Screwy’s ear and the charge was reversed. So what deal did you make with him Rations????

Buttless, Mr Wong and Screwy, as the Hares, were called back to the circle for a down down. Deaconess paid tribute to the fact that the arrows consisted of each Hash club.

Each club song was sung and the crowd dispersed, to the piece of grass they had pulled up, so they could continue with their eating, drinking and enjoying another great Hashing event.