Mustang’s Run according to Comet 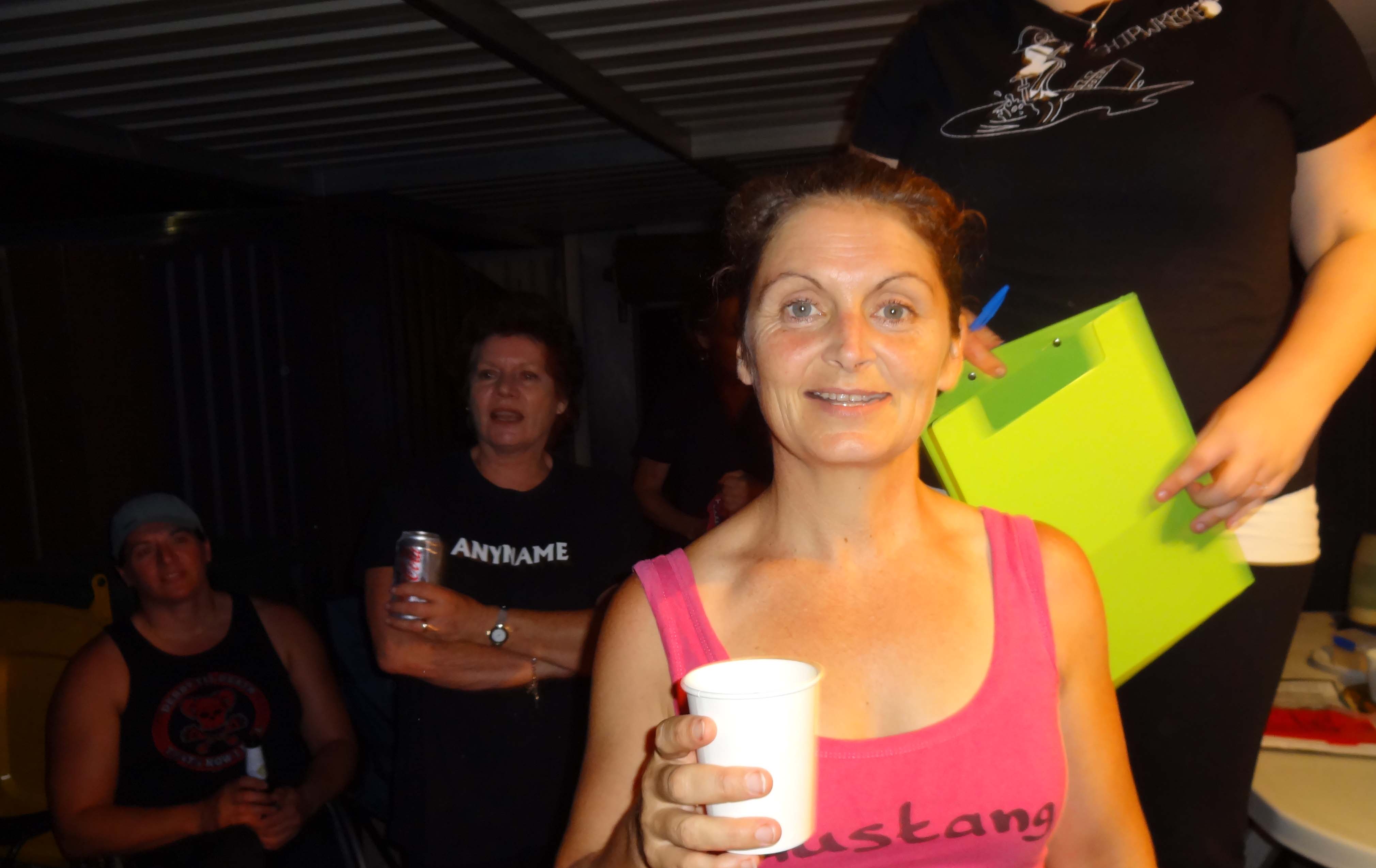 The crowd gathered at Mustangs waiting for the hairy hare to lead the pack on a meander through Girrawheen.  The pack was off and we were treated to some very grumpy citizens – one with a sign on their tree stating “please pick up your dog poo”, another yelling at us for “being so noisy” then came out again stating “do you want to take my 5 year old home with you?” – settle down lady it is like 7pm and the “noise” lasts for 5 minutes!

Back at Mustangs, we were treated to a nice selection of fruits and dips and commenced a very noisy circle.  Mustang was called to attention for a hairy down down… visitors Rosie and the famous paralympian Louise Sauvage were given a down down and later Louise given another for trying to outshine the Harriette’s who themselves are professional athletes!!!

Rations given a down down for ignoring the “rules” and getting a drink during circle, Lone Ranga for being a loud mouth and talking all through circle, Seagull for trying to get dip through the glad wrap and the ever so droopy Leopard for spilling her drink whilst getting nibbles.

Home James big 850 run and Kebab for being the birthday princess.  Bumbo also celebrating her birthday early due to the Xmas run.